Virtual Reading with C.L. Polk, author of The Midnight Bargain! 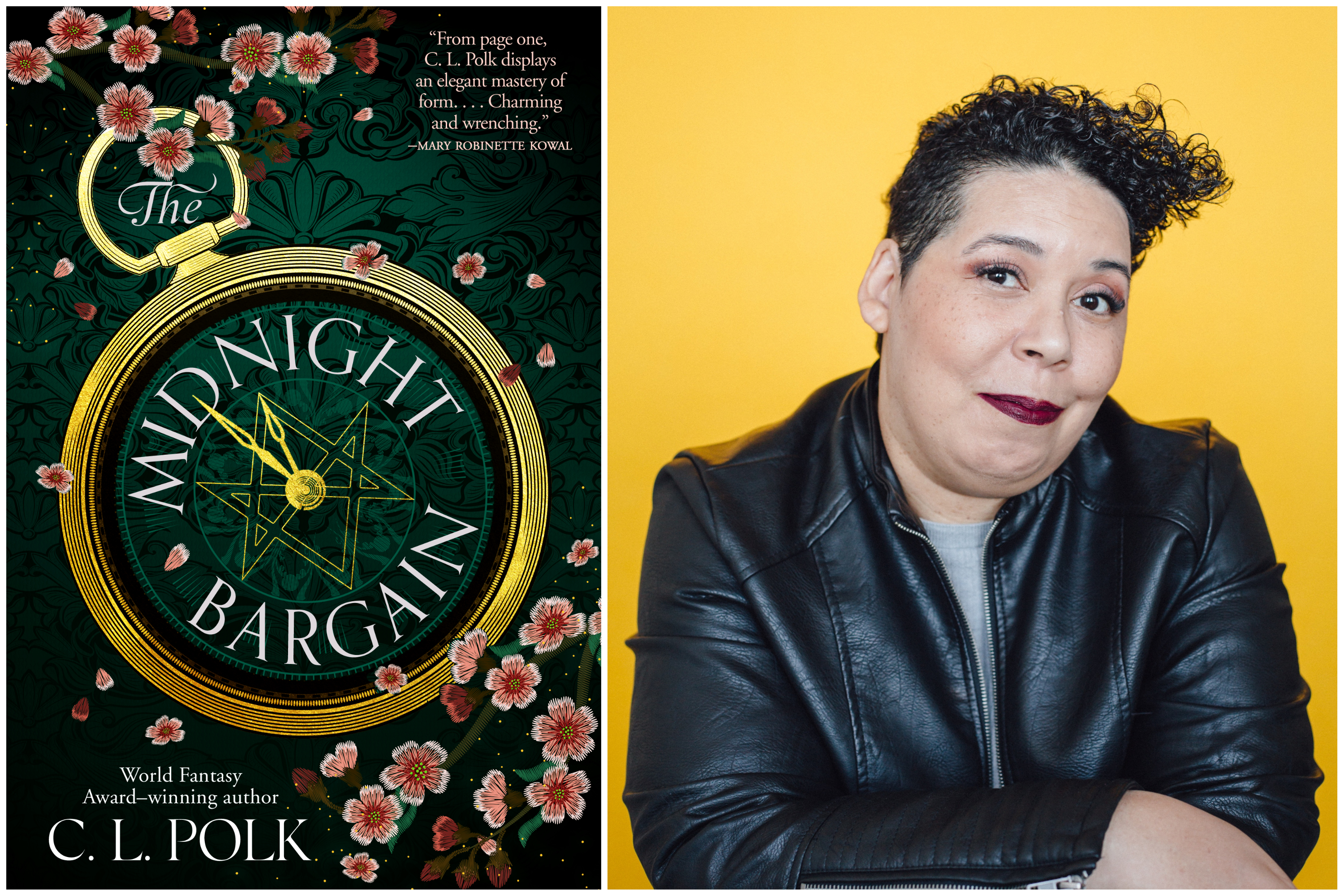 Click here to go to the Zoom event page!

A Room of One's Own is thrilled to welcome C.L. Polk, author of The Midnight Bargain, for a virtual event on Zoom!

About The Midnight Bargain: From the beloved World Fantasy Award-winning author of Witchmark comes a sweeping, romantic new fantasy set in a world reminiscent of Regency England, where women’s magic is taken from them when they marry. A sorceress must balance her desire to become the first great female magician against her duty to her family.

Beatrice Clayborn is a sorceress who practices magic in secret, terrified of the day she will be locked into a marital collar that will cut off her powers to protect her unborn children. She dreams of becoming a full-fledged Magus and pursuing magic as her calling as men do, but her family has staked everything to equip her for Bargaining Season, when young men and women of means descend upon the city to negotiate the best marriages. The Clayborns are in severe debt, and only she can save them, by securing an advantageous match before their creditors come calling. In a stroke of luck, Beatrice finds a grimoire that contains the key to becoming a Magus, but before she can purchase it, a rival sorceress swindles the book right out of her hands. Beatrice summons a spirit to help her get it back, but her new ally exacts a price: Beatrice’s first kiss . . . with her adversary’s brother, the handsome, compassionate, and fabulously wealthy Ianthe Lavan.

The more Beatrice is entangled with the Lavan siblings, the harder her decision becomes: If she casts the spell to become a Magus, she will devastate her family and lose the only man to ever see her for who she is; but if she marries—even for love—she will sacrifice her magic, her identity, and her dreams. But how can she choose just one, knowing she will forever regret the path not taken?

C.L. Polk is the World Fantasy Award-winning author of the critically acclaimed debut novel Witchmark, which was also nominated for the Nebula, Locus, Aurora, and Lambda Literary Awards. It was named one of the best books of 2018 according to NPR, Publishers Weekly, BuzzFeed, the Chicago Review, BookPage, and the B&N Sci-Fi and Fantasy Blog. She lives in Alberta, Canada.