A Virtual Conversation With Zhanna Slor, author of AT THE END OF THE WORLD, TURN LEFT, and Michele Morano! 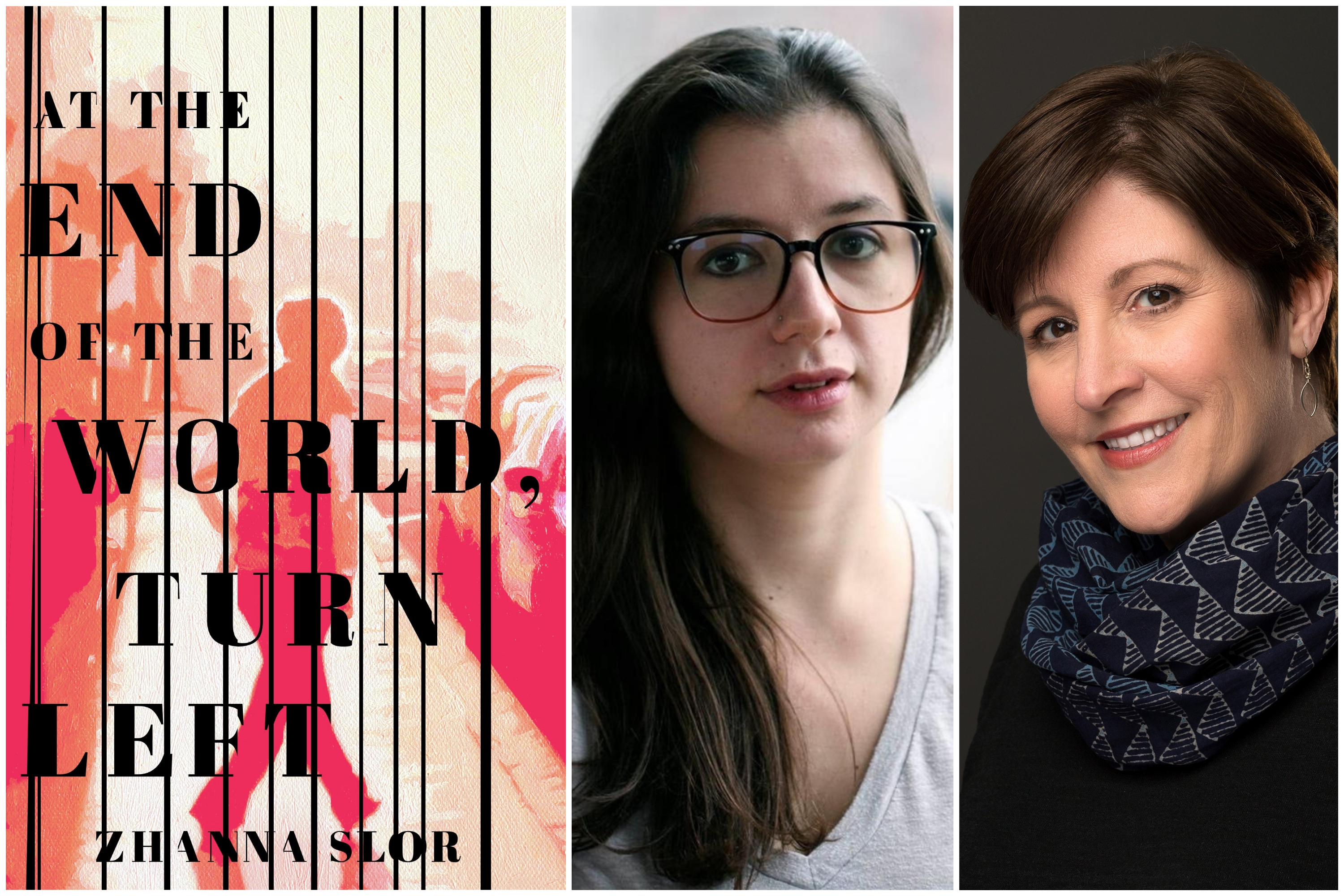 A Room of One's Own welcomes Zhanna Slor, author of the new novel At the End of the World, Turn Left, for a conversation on Crowdcast with fellow author Michele Morano!

At the End of the World, Turn Left, a unique literary mystery set in Milwaukee's eclectic Riverwest neighborhood during the 2008 recession, weaves together the tale of two immigrant sisters with very different ideas of home. Masha remembers her childhood in the former USSR, but found her life and heart in Israel's Orthodox community. Anna, a young artist and student, was only an infant when her family left but still yearns to find her roots. When Anna is contacted by a stranger from their hometown and then disappears, Masha is called back to Wisconsin to find her, and this search changes the family forever.

Zhanna Slor was born in the former Soviet Union and moved to the Midwest in the early 1990s. She has been published in many literary magazines, including Ninth Letter, Another Chicago Magazine, and Michigan Quarterly Review, and she is a frequent contributor to The Forward. She and her husband, saxophonist for Jazz-Rock fusion band Marbin, recently relocated to Milwaukee, where they live with their young daughter.

Michele Morano is the author of the travel memoir Grammar Lessons: Translating a Life in Spain and the memoir-in-essays Like Love. Her essays and short fiction have appeared in many journals and anthologies, including Best American Essays, Fourth Genre, Ninth Letter, and Waveform: Twenty-First-Century Essays by Women. She lives in Chicago, where she chairs the English Department at DePaul University.

At the End of the World, Turn Left (Hardcover)