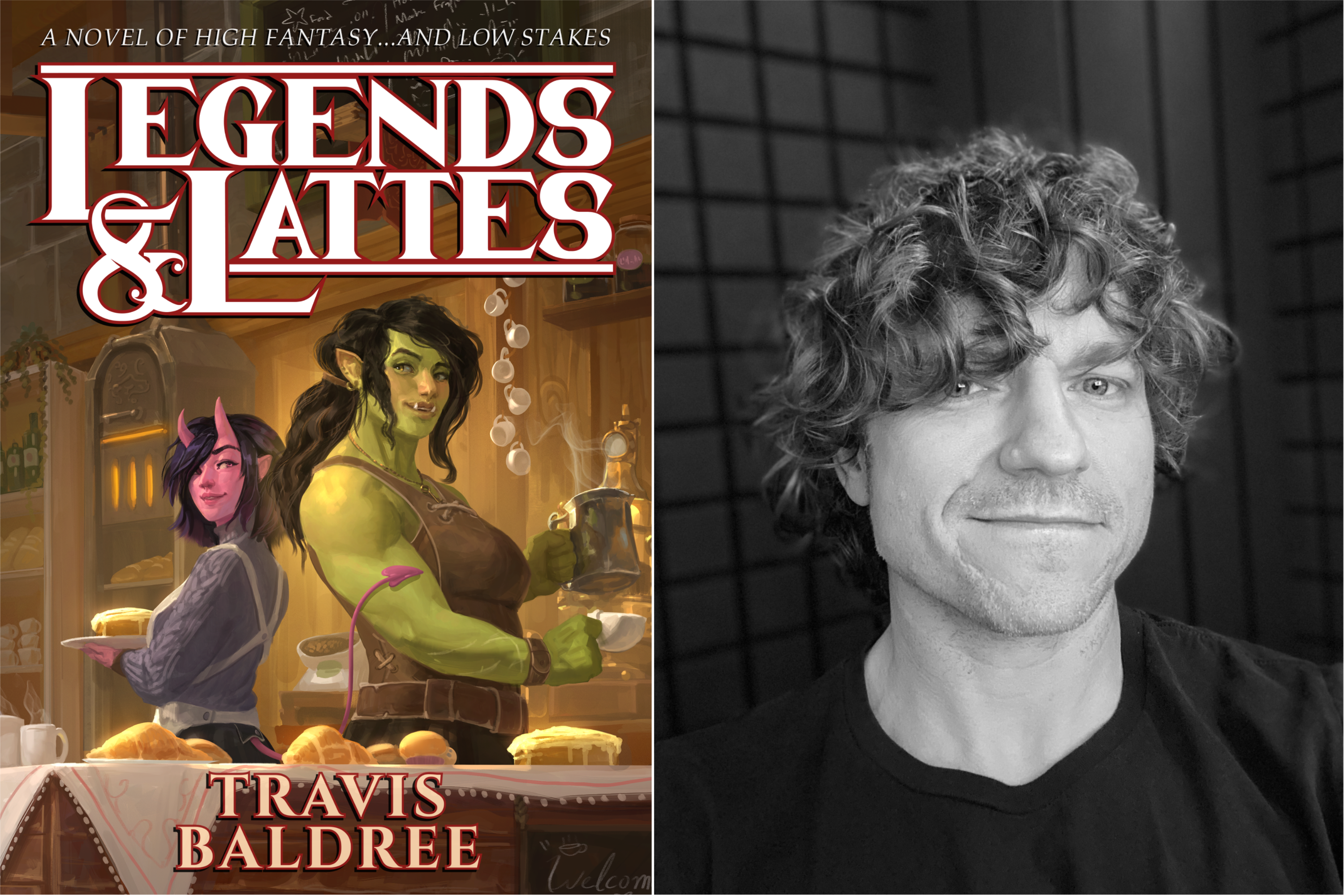 A Room of One's Own welcomes Travis Baldree, author of Legends and Lattes, to a virtual conversation with Room bookseller Gideon Ariel!

About Legends & Lattes: Worn out after decades of packing steel and raising hell, Viv the orc barbarian cashes out of the warrior’s life with one final score. A forgotten legend, a fabled artifact, and an unreasonable amount of hope lead her to the streets of Thune, where she plans to open the first coffee shop the city has ever seen.

However, her dreams of a fresh start pulling shots instead of swinging swords are hardly a sure bet. Old frenemies and Thune’s shady underbelly may just upset her plans. To finally build something that will last, Viv will need some new partners and a different kind of resolve.

A hot cup of fantasy slice-of-life with a dollop of romantic froth.

Travis Baldree is a full-time audiobook narrator who has lent his voice to hundreds of stories. Before that, he spent decades designing and building video games like Torchlight, Rebel Galaxy, and Fate. Apparently, he now also writes books. He lives in the Pacific Northwest with his very patient family and their small, nervous Êdog.

Gideon Ariel is a bookseller at A Room of One's Own, a D&D enthusiast, and is a big fan of Legends and Lattes.