A Virtual Conversation With Sue Burke, author of IMMUNITY INDEX, and Kit Rocha! 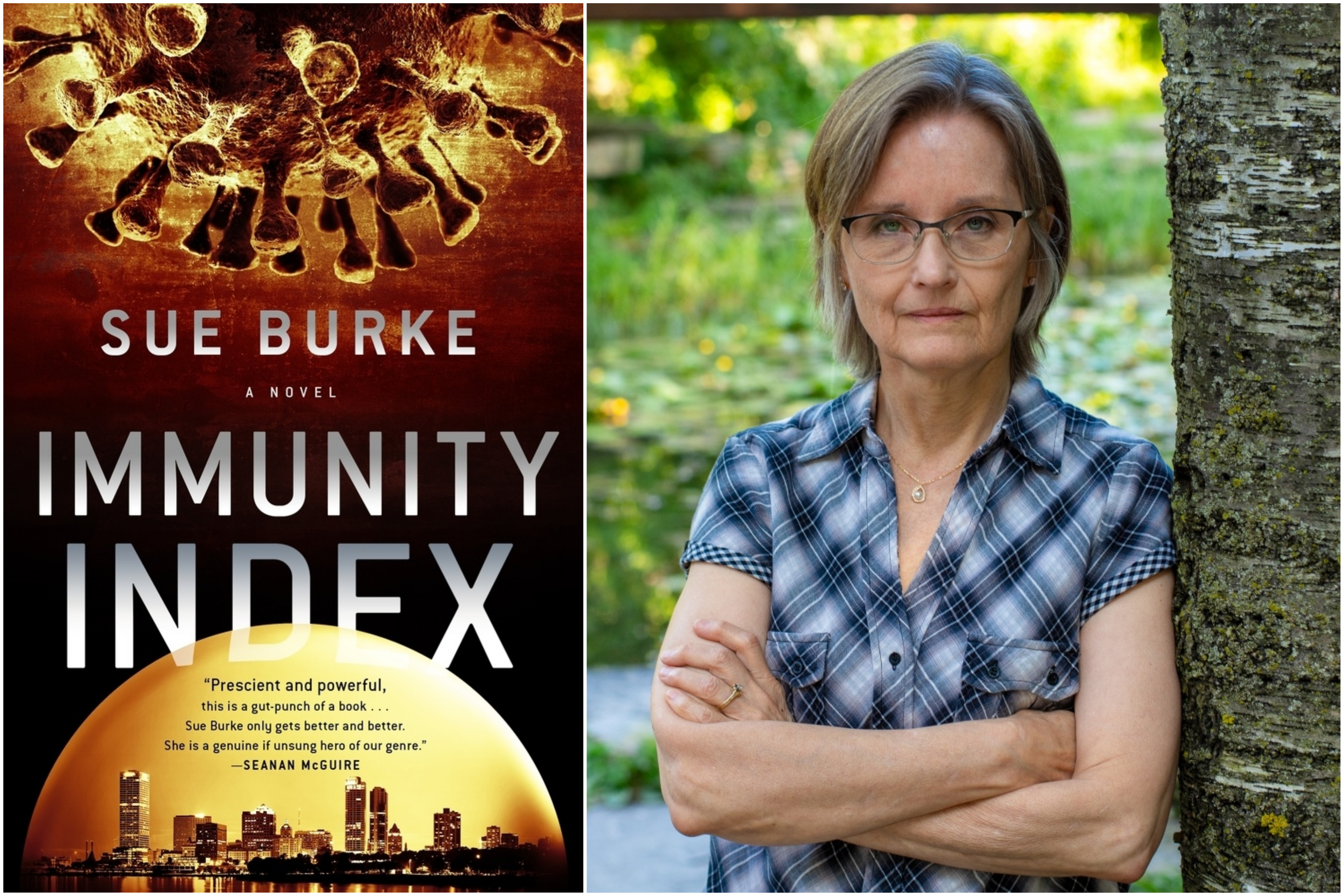 A Room of One's Own welcomes Sue Burke, author (most recently) of Immunity Index, for a virtual conversation on Crowdcast with sci-fi author duo Kit Rocha!

About Immunity Index: In a US facing growing food shortages, stark inequality, and a growing fascist government, three perfectly normal young women are about to find out that they share a great deal in common. Their creator, the gifted geneticist Peng, made them that way—before such things were outlawed. Rumors of a virus make their way through an unprotected population on the verge of rebellion, only to have it turn deadly. As the women fight to stay alive and help, Peng races to find a cure—and the cover up behind the virus.

Sue Burke began writing professionally as a teenager for her local newspaper. By then she was also an avid science fiction fan. She has worked for newspapers and magazines as a reporter and editor, and began publishing fiction in 1995. She has also published essays, poetry, and translations, and taught English to Spanish teenagers in Madrid, Spain.

Kit Rocha is the pseudonym for the author duo Donna Herren (@totallydonna) and Bree Bridges (@mostlybree). They are best known for their gritty and sexy dystopian BEYOND series, and were the first indie authors to receive a Romantic Times Reviewer’s Choice Award. They currently live three miles apart in Alabama and spend their non-writing time caring for a menagerie of animals and crafting handmade jewelry, all of which is chronicled on their various social media accounts.