A Virtual Conversation With Lauren Hough and Elon Green! 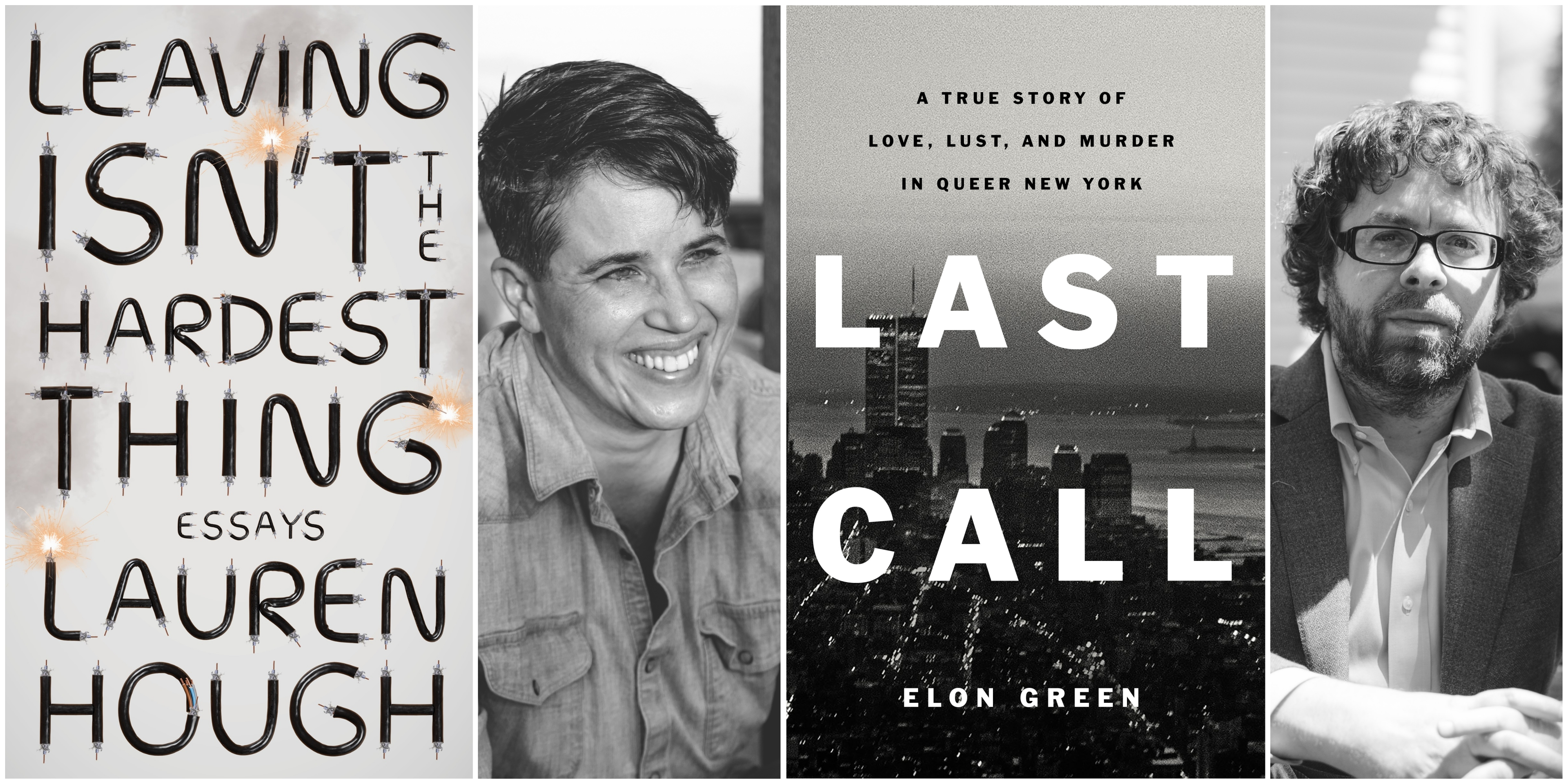 A Room of One's Own welcomes Lauren Hough, author of Leaving Isn't the Hardest Thing, and Elon Green, author of Last Call, for a virtual conversation about their new books on Crowdcast!

At once razor-sharp, profoundly brave, and often very, very funny, the essays in Leaving Isn't the Hardest Thing interrogate our notions of ecstasy, queerness, and what it means to live freely. Each piece is a reckoning: of survival, identity, and how to reclaim one's past when carving out a future. As an adult, Lauren Hough has had many identities: an airman in the U.S. Air Force, a cable guy, a bouncer at a gay club. As a child, however, she had none. Growing up as a member of the infamous cult The Children of God, Hough had her own self robbed from her. The cult took her all over the globe--to Germany, Japan, Texas, Chile--but it wasn't until she finally left for good that Lauren understood she could have a life beyond "The Family." Along the way, she's loaded up her car and started over, trading one life for the next. She's taken pilgrimages to the sights of her youth, been kept in solitary confinement, dated a lot of women, dabbled in drugs, and eventually found herself as what she always wanted to be: a writer. Here, as she sweeps through the underbelly of America--relying on friends, family, and strangers alike--she begins to excavate a new identity even as her past continues to trail her and color her world, relationships, and perceptions of self.

Lauren Hough was born in Germany and raised in seven countries and West Texas. She's been an airman in the U.S. Air Force, a green-aproned barista, a bartender, a livery driver, and, for a time, a cable guy. Her work has appeared in Granta, The Wrath-Bearing Tree, The Guardian, and HuffPost. She lives in Austin.

Told in depth for the first time, Last Call: A True Story of Love, Lust, and Murder in Queer New York is the gripping true crime story of The Last Call Killer, who preyed upon gay men in New York in the ‘80s and ‘90s. Yet because of the sexuality of his victims, the murders at the hands of this notorious serial killer have been almost entirely forgotten. This socially important piece of history is a nuanced testament to the vibrant gay community and the challenges they faced in the post AIDs milieu of early 90s New York City. More than impersonal crime reporting, Last Call brings to life the rich and tragic lives of The Last Call Killer’s victims and exposes the system that allowed them to be silenced. Called “astonishing,”“powerful,” and “meticulously reported” by David Grann (New York Times bestselling author of Killers of the Flower Moon) and “a true crime classic” by Robert Kolker (New York Times bestselling author of Lost Girls), Green has crafted a methodical, yet vivid investigation into an era with powerful resonances to our world today.

Elon Green has written for The New York Times Magazine, The Atlantic, The New Yorker, and The Columbia Journalism Review, and appears in the anthology Unspeakable Acts: True Tales of Crime, Murder, Deceit & Obsession. He is an editor at Longform.