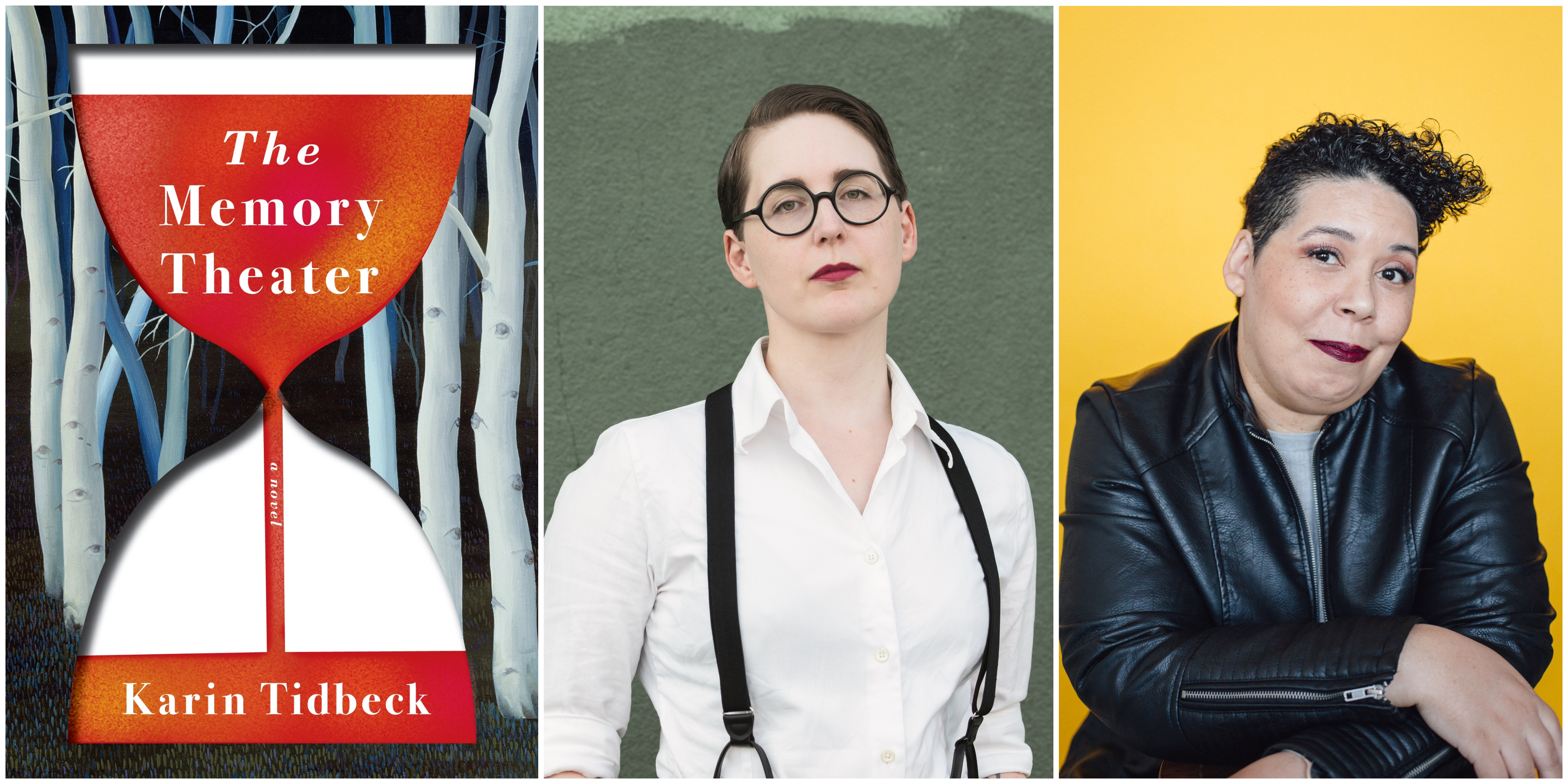 A Room of One's Own is thrilled to present a virtual conversation between Karin Tidbeck, author of (most recently) The Memory Theater, and CL Polk!

Endlessly inventive, The Memory Theater takes us to a wondrous place where destiny has yet to be written, life is a performance, and magic can erupt at any moment. It is Karin Tidbeck’s most engrossing and irresistible tale yet. In a world just parallel to ours exists a mystical realm known only as the Gardens. It’s a place where feasts never end, games of croquet have devastating consequences, and teenagers are punished for growing up. For a select group of masters, it’s a decadent paradise where time stands still. But for those who serve them, it’s a slow torture where their lives can be ended in a blink. In a bid to escape before their youth betrays them, Dora and Thistle—best friends and confidants—set out on a remarkable journey through time and space. Traveling between their world and ours, they hunt for the one person who can grant them freedom. Along the way, they encounter a mysterious traveler who trades in favors and never forgets debts, a crossroads at the center of the universe, our own world on the brink of war, and a traveling troupe of actors with the ability to unlock the fabric of reality.

Karin Tidbeck lives in Malmö, Sweden, where she works as a translator and creative writing teacher and writes fiction in Swedish and English. Her English-language debut, the story collection Jagannath, received the IAFA William L. Crawford Fantasy Award and was shortlisted for the World Fantasy Award. She is also the author of the novel Amatka.

C.L. Polk is the World Fantasy Award-winning author of the critically acclaimed debut novel Witchmark, which was also nominated for the Nebula, Locus, Aurora, and Lambda Literary Awards. It was named one of the best books of 2018 according to NPR, Publishers Weekly, BuzzFeed, the Chicago Review, BookPage, and the B&N Sci-Fi and Fantasy Blog. She lives in Alberta, Canada.

Read about Karin Tidbeck's life and work at Tone Madison

The Memory Theater: A Novel (Hardcover)