A Virtual Conversation with Gretchen Newberry, author of THE NIGHTHAWK'S EVENING, and Rebecca Stefoff! 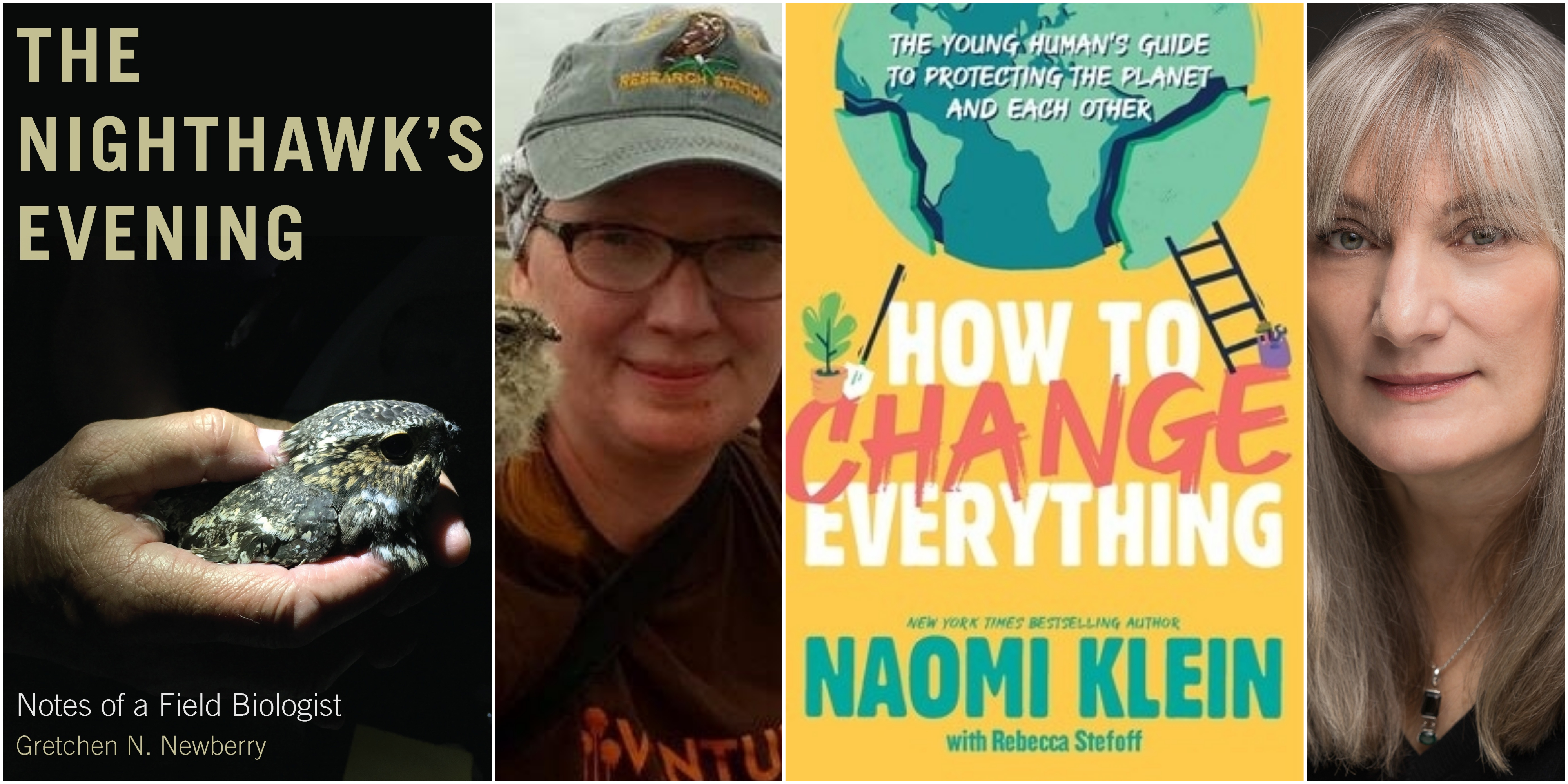 A Room of One's Own welcomes Gretchen Newberry, author of The Nighthawk's Evening, for a virtual conversation on Crowdcast with Rebecca Stefoff!

In her late thirties, Gretchen Newberry left her office job in Portland, Oregon, to become a wildlife biologist studying nighthawks. The common nighthawk, Chordeiles minor, has long fascinated birders, scientists, farmers, and anyone who has awoken to its raspy calls on a hot city night. In The Nighthawk’s Evening, Newberry charts her journey across North America to study these birds, from the islands of British Columbia to rooftops in South Dakota, sagebrush in Oregon, and forests in Wisconsin. Newberry’s story focuses on the bird itself—its complex conservation status and cultural significance—and the larger, often hidden world of nocturnal animals. Along the way, she gives readers insight into the daily life of a scientist, especially one who works primarily at night. The Nighthawk’s Evening tells the story of one scientist and one species to explore the challenges, disappointments, and successes of scientific research and conservation efforts. An accessible work of science, it will appeal to birders, students, wildlife managers, and anyone who is fascinated by urban wildlife.

Gretchen N. Newberry earned a PhD in biology from the University of South Dakota, where she studied common nighthawks. She now promotes biodiversity through outreach in Wisconsin’s Driftless Area, and maintains a personal blog, A Feathered Reptile.

Rebecca Stefoff is the author of many nonfiction books for children and teens, with an emphasis on history and science. She has also adapted important nonfiction books by other writers to make them accessible to younger readers. These adaptations include Charles Darwin's On the Origin of Species: Young Reader's Edition (2018), Jared Diamond's The Third Chimpanzee (2014), and Howard Zinn's A People's History of the United States (2007). Most recently, she partnered with journalist Naomi Klein on How to Change Everything: The Young Human’s Guide to Protecting the Planet and Each Other (2021), a book for young readers based on Klein’s writings on climate change and social justice. Stefoff grew up in the Midwest, studied at Indiana University and the University of Pennsylvania, and now lives in Portland, Oregon.

The Nighthawk's Evening: Notes of a Field Biologist (Paperback)

How to Change Everything: The Young Human's Guide to Protecting the Planet and Each Other (Hardcover)