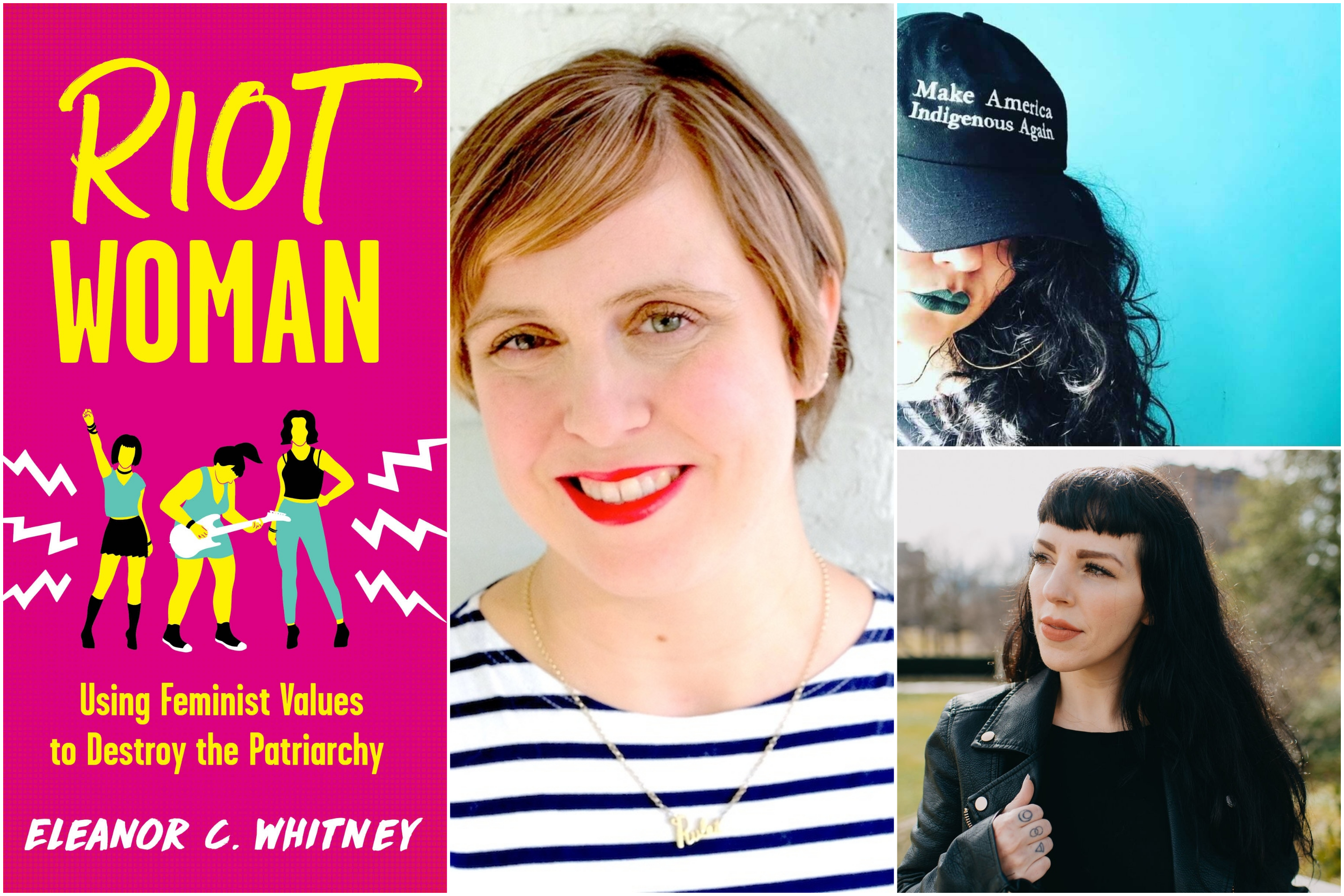 A Room of One's Own welcomes Eleanor Whitney, author of Riot Woman: Using Feminist Values to Destroy the Patriarchy, for a virtual conversation on Crowdcast with Raechel Anne Jolie (author of Rust Belt Femme) and L Torres!

Riot Woman is a celebratory but critical look at the Riot Grrrl subculture. It explores the movement's lasting impact while offering a complex, contemporary look at the promises and pitfalls of Riot Grrrl-informed feminism. This insightful, deeply personal history of early-2000s subcultures lovingly explores the difficulty of applying feminist values to real-life dilemmas, and embrace an evolving political and personal consciousness. Riot Woman is published by Microcosm Publishing.

Eleanor C. Whitney is a writer, editor, marketer, and community builder who hails from Maine and divides her time between Brooklyn and the Mojave desert. She is the author of Riot Woman and Quit Your Day Job. She is currently pursuing her MFA in creative nonfiction at CUNY Queens College. Connect with her at eleanorcwhitney.com or @killerfemme on Instagram.

Raechel Anne Jolie (she/they) is the author of the critically-acclaimed memoir Rust Belt Femme, which was the winner of the Independent Publisher Book Award in LGBTQ Nonfiction, an NPR Favorite Book of 2020, and a runner-up for the Heartland Bookseller’s Award. Jolie’s work explores capitalism, identity, Left social movements, pop culture, and more. Their essays, criticism, and reporting have appeared in The Baffler, Bitch Magazine, In These Times, Ravishly, Mask Magazine, Teen Vogue, Scarleteen, among others. They hold a PhD from the University of Minnesota and an MA and BA from DePaul University. She lives in Cleveland Heights, Ohio with their partner and three perfect cats.