A Virtual Conversation with e.E. Charlton-Trujillo, author of the FAT ANGIE series, and Amber Smith, author of SOMETHING LIKE GRAVITY! 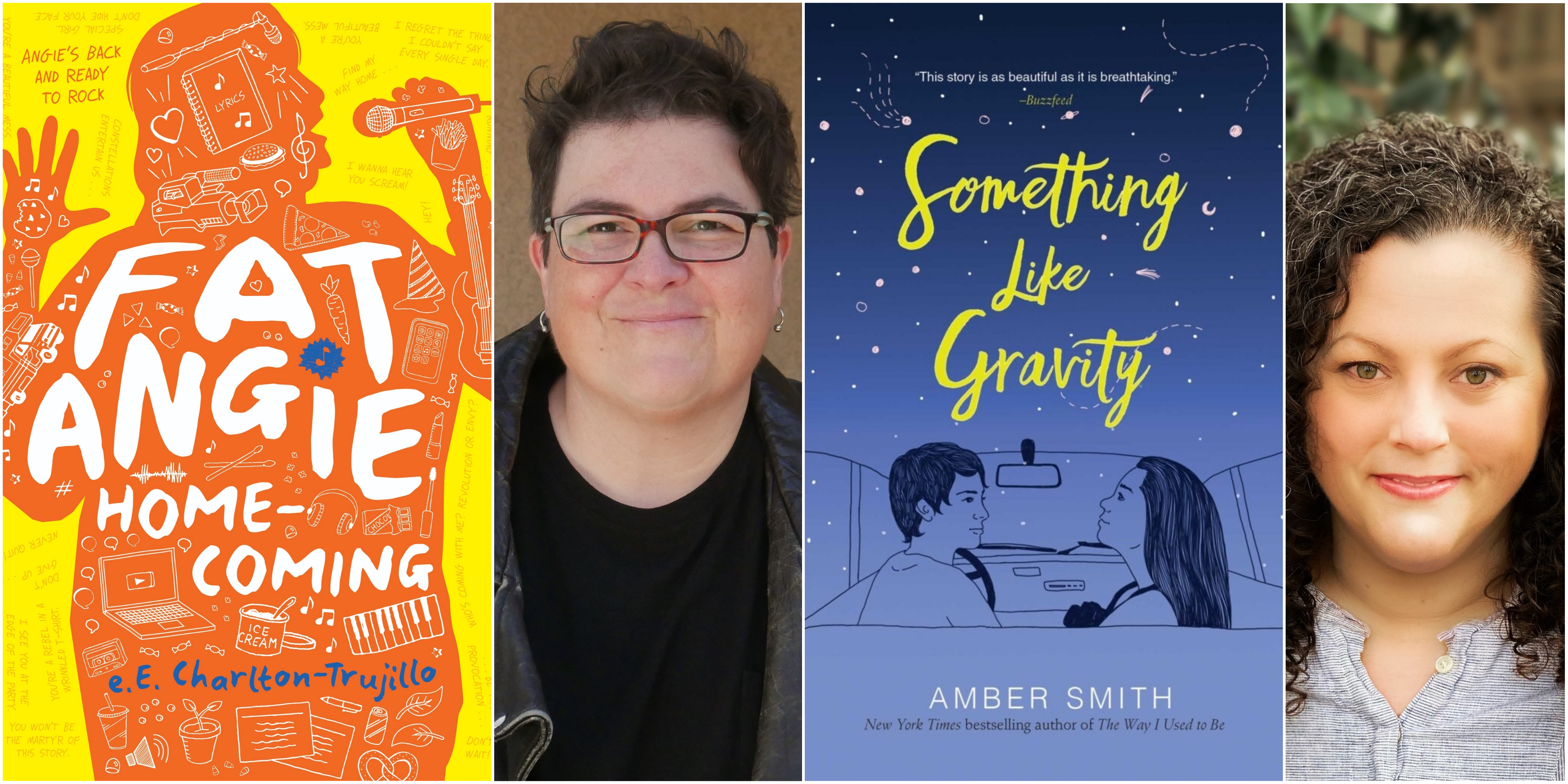 A Room of One's Own welcomes e.E. Charlton-Trujillo, author (most recently) of Fat Angie: Homecoming, and Amber Smith, author of Something Like Gravity, for a virtual conversation on Crowdcast!

About Fat Angie: Homecoming: After hitting the road with her friends last summer and taking the stage to sing her heart out in Columbus, Angie finally feels like she’s figuring things out. And her next move? Finally asking Jamboree Memphis Jordan to be her girlfriend. Angie’s got her speech ready on a set of flash cards, but her plans are complicated when her first love, KC Romance, comes cruising back into town. And when a video of Angie’s Columbus performance goes viral, everything gets even more confusing. Kids at school are treating her with respect, she’s being recognized in public, and her couldn’t-be-bothered mother is . . . well, bothered is an understatement. When she learns of an online music competition, Angie decides to start a band. With the help of her brother, Jamboree, and her town’s resident washed-up rock star, Angie puts together a group and gets busy writing songs, because the competition deadline is only two weeks away. Between sorting out her feelings for Jamboree and KC, dealing with her newfound fame, and dodging an increasingly violent and volatile mother, singing seems like the only thing that Angie’s really good at. Can her band of girl rockers actually win? More importantly, can Angie get it together before she loses all sense of herself yet again?

e.E. Charlton-Trujillo is an ALA Stonewall Award winning Mexican American author, filmmaker, and youth literacy activist. Their novels Fat Angie, Fat Angie: Rebel Girl Revolution, Feels Like Home and Prizefighter en Mi Casa have been described as cinematic, powerful and necessary. Trujillo’s work also appeared in the multi-starred anthology Living Beyond Borders: Growing Up Mexican In America. Their debut picture book Lupe Lopez: Rock Star Rules, co-authored with Pat Zietlow Miller and illustrated by Joe Cepeda, will be published in Spring 2022. Trujillo is the co-founder of the nonprofit Never Counted Out which fosters book access and creative mentorship for youth in need.

About Something Like Gravity: Chris and Maia aren't off to a great start.A near-fatal car accident first brings them together, and their next encounters don't fare much better. Chris's good intentions backfire. Maia's temper gets the best of her. But they're neighbors, at least for the summer, and despite their best efforts, they just can't seem to stay away from each other. The path forward isn't easy. Chris has come out as transgender, but he's still processing a frightening assault he survived the year before. Maia is grieving the loss of her older sister and trying to find her place in the world without her. Falling in love was the last thing on either of their minds.But would it be so bad if it happened anyway?

Amber Smith is the New York Times bestselling author of the young adult novels The Way I Used to Be and The Last to Let Go. An advocate for increased awareness of gendered violence, as well as LGBTQ equality, she writes in the hope that her books can help to foster change and spark dialogue surrounding these issues. She grew up in Buffalo, New York, and now lives in Charlotte, North Carolina, with her partner and their ever-growing family of rescued dogs and cats.