A Virtual Conversation with Amy Sohn, author of THE MAN WHO HATED WOMEN, and Ruth Franklin! 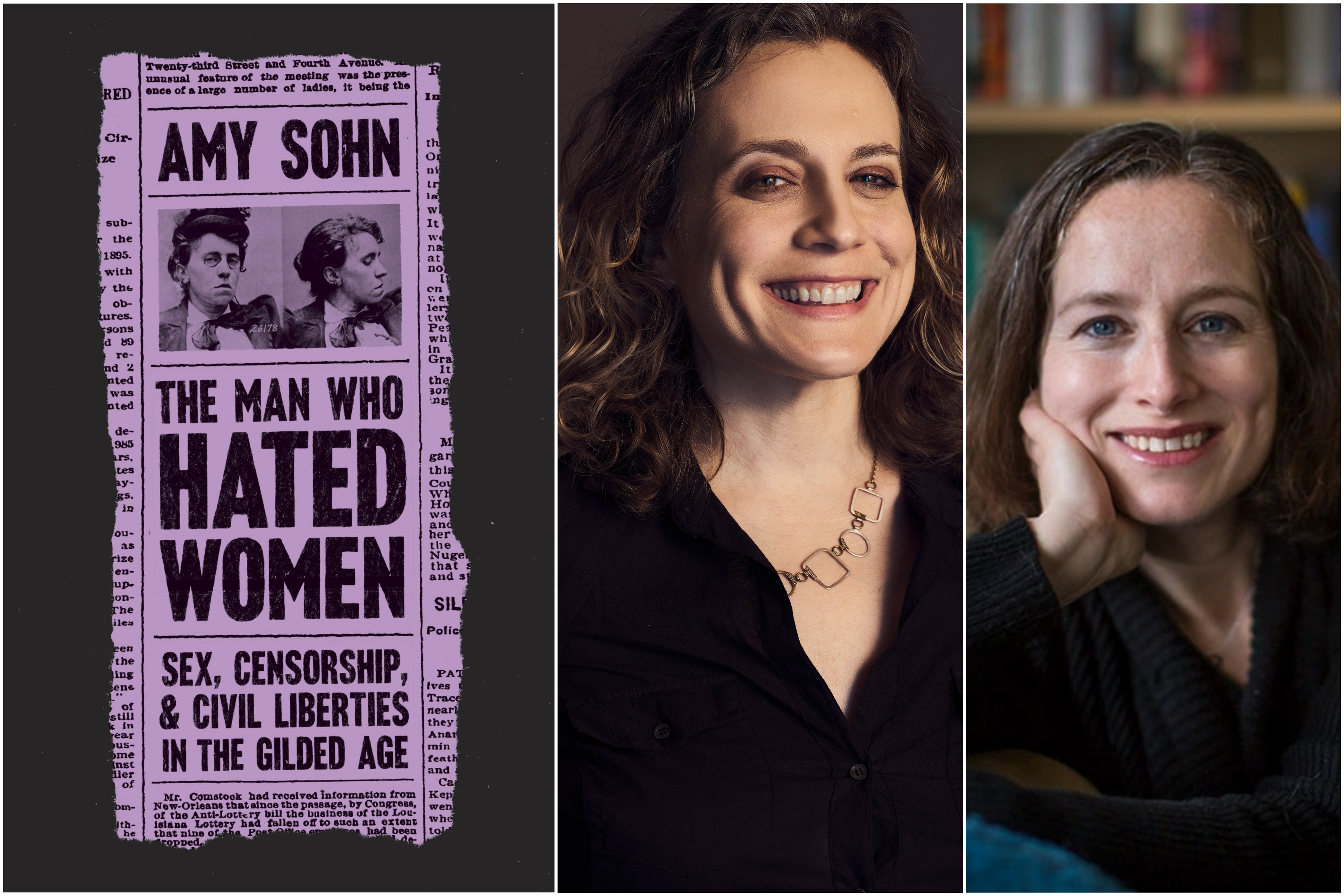 A Room of One's Own welcomes Amy Sohn, author of the forthcoming The Man Who Hated Women, for a virtual conversation on Crowdcast with fellow writer and critic Ruth Franklin!

The Man Who Hated Women: Sex, Censorship, and Civil Liberties in the Gilded Age is a narrative history of Anthony Comstock, anti-vice activist and U.S. Postal Inspector, and the remarkable women who opposed his war on women’s rights at the turn of the twentieth century. Amy Sohn tells the overlooked story of their valiant attempts to fight Comstock in court and in the press. They were publishers, writers, and doctors, and they included the first woman presidential candidate, Victoria C. Woodhull; the virgin sexologist Ida C. Craddock; and the anarchist Emma Goldman. In their willingness to oppose a monomaniac who viewed reproductive rights as a threat to the American family, the sex radicals paved the way for second-wave feminism. Risking imprisonment and death, they redefined birth control access as a civil liberty.

Amy Sohn is the New York Times–bestselling author of several novels, including Prospect Park West, Motherland, and The Actress. A former columnist at New York magazine, she has also written for Harper’s Bazaar, Elle, The Nation, and The New York Times. She has been a writing fellow at Headlands Center for the Arts, Writers Omi, and the Studios at MASS MoCA. A native New Yorker, she lives in Brooklyn with her daughter.

Ruth Franklin is a book critic and former editor at The New Republic. Her first biography, Shirley Jackson: A Rather Haunted Life (Liveright/W.W. Norton, 2016) won the National Book Critics Circle Award for Biography and was named a New York Times Notable Book of 2016, a Time magazine top nonfiction book of 2016, and a “best book of 2016” by The Boston Globe, the San Francisco Chronicle, NPR, and others. Franklin’s work appears in many publications, including The New Yorker, The New York Times Book Review, The New York Review of Books, and Harper’s. She is the recipient of a Guggenheim Fellowship in biography, a Cullman Fellowship at the New York Public Library, a Leon Levy Fellowship in biography, and the Roger Shattuck Prize for Criticism.

The Man Who Hated Women: Sex, Censorship, and Civil Liberties in the Gilded Age (Hardcover)