A Virtual Book Launch for WE ARE THE BABY-SITTERS CLUB! 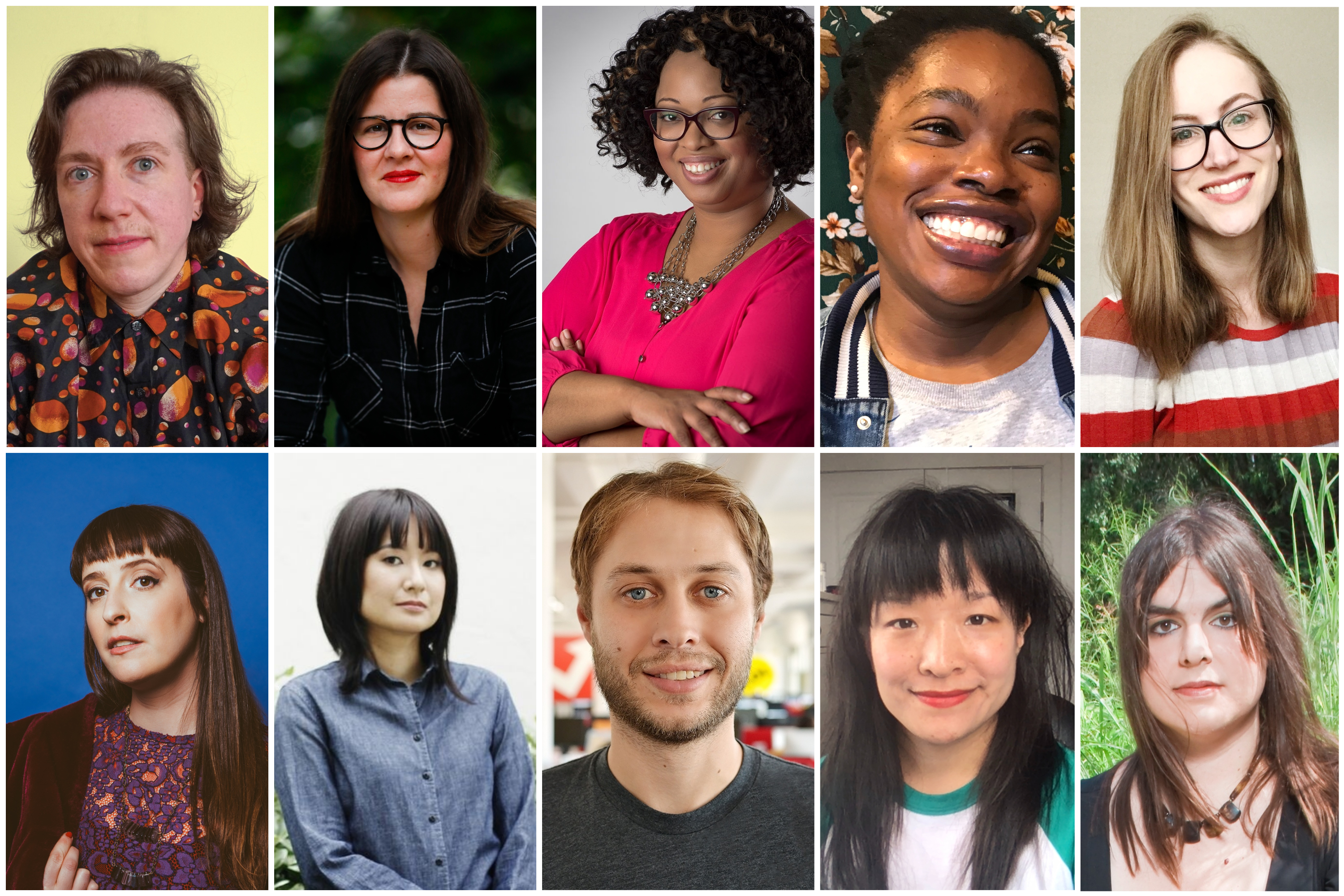 A Room of One's Own welcomes Megan Milks and Marisa Crawford, editors of the new anthology We Are the Baby-Sitters Club, for a virtual book launch on Crowdcast featuring a bevy of contributing authors, including: Kristen Arnett, Jamie Broadnax, Yumi Sakugawa, Jeanne Thornton, Kim Hutt Mayhew, Jennifer Epperson, Kristen Felicetti, and Jack Shepherd!

In 1986, the first-ever meeting of the Baby-Sitters Club was called to order in a messy bedroom strewn with Ring-Dings, scrunchies, and a landline phone. Kristy, Claudia, Stacey, and Mary Anne launched the club that birthed an entire generation of loyal readers. The Baby-Sitters Club series featured a complex cast of characters and touched on an impressive range of issues that were underrepresented at the time: divorce, adoption, childhood illness, class division, and racism, to name a few. In We Are the Baby-sitters Club, writers and a few visual artists from the original BSC generation reflect on the enduring legacy of Ann M. Martin's beloved series, thirty-five years later—celebrating the BSC's profound cultural influence. The first anthology of its kind from editors Marisa Crawford and Megan Milks, We Are the Baby-Sitters Club looks closely at how Ann M. Martin's series shaped our ideas about gender politics, friendship, fashion and beyond—and what makes the series still a core part of many readers' identities so many years later.

Marisa Crawford's writing on pop culture, art and feminism has appeared in Harper's BAZAAR, The Nation, Hyperallergic, VICE, and elsewhere. She is the author of two collections of poetry, Reversible and The Haunted House, both from Switchback Books. Marisa is the founder of Weird Sister, a website and organization that explores the intersections of feminism, literature, and pop culture. Once on the school bus in fourth grade, someone told Marisa that she dressed like Claudia Kishi, and it may have been her life’s proudest moment.

Megan Milks is the author of Margaret and the Mystery of the Missing Body and Slug and Other Stories. They are a Lammy finalist and the recipient of the 2019 Lotos Foundation Prize in Fiction. Megan’s stories have been published in three anthologies and many journals including Fence, PANK, LIT, and Western Humanities Review; and they are the editor of The &NOW Awards 3: The Best Innovative Writing, 2011-2013; and co-editor of Asexualities: Feminist and Queer Perspectives. Megan’s BSC identifications combine a queer kinship with bossy tomboy Kristy Thomas and a readerly affinity with shy, bookish Mary Anne Spier.

Kristen Arnett is the queer author of With Teeth: A Novel (Riverhead Books, 2021) and the NYT bestselling debut novel Mostly Dead Things (Tin House, 2019) which was a finalist for the Lambda Literary Award in fiction. She was awarded Ninth Letter's Literary Award in Fiction, has been a columnist for Literary Hub, and was a Spring 2020 Shearing Fellow at Black Mountain Institute. Her work has appeared at The New York Times, The Cut, Oprah Magazine, Guernica, Buzzfeed, McSweeneys, PBS Newshour, The Guardian, and elsewhere.

Jamie Broadnax is the CEO and Founder of the online publication Black Girl Nerds. Jamie Broadnax graduated with a Master's Degree in Film from Regent University and a Bachelor of Science in Broadcast Journalism at Norfolk State. She's covered some of the greatest entertainers from cultural tastemaker Ta-Nehisi Coates to billionaire media mogul Oprah Winfrey. Outside of BGN, Jamie has written for Variety, The Hollywood Reporter, The New York Post, The Huffington Post, Vox, Vulture, IGN, Essence Magazine, The Lily (The Washington Post), and SYFY.

Yumi Sakugawa is a second-generation Japanese-Okinawan-American interdisciplinary artist, and the author of several published books including I Think I Am in Friend-Love with You, Your Illustrated Guide to Becoming One with the Universe, and The Little Book of Life Hacks. She has also been published in The New Yorker, Bitch, BuzzFeed, The Best American Non-Required Reading 2014, DUM DUM ZINE, and other publications, and has exhibited multimedia works at the Japanese American National Museum, Peabody Essex Museum, and the Smithsonian Arts & Industries Building.

Jeanne Thornton is the author of Summer Fun, The Dream of Doctor Bantam, and The Black Emerald. She is the copublisher, with Tara Madison Avery, of We're Still Here: An All-Trans Comics Anthology, and the copublisher of Instar Books.

Kim Hutt Mayhew is the creator of What Claudia Wore, a blog dedicated to The Baby-Sitters Club’s iconic outfit descriptions. What Claudia Wore enjoyed an enthusiastic audience of millennials and was covered by publications such as Jezebel and Nylon. Her current nostalgia project, Cover Critiques, revisits the book covers of classic eighties and nineties series. You can find her online at kiminimalism.com.

Kristen Felicetti is a writer and the founding editor-in-chief of The Bushwick Review. She lives in Brooklyn, where she works in tech by day, and on a YA novel at night.

Jack Shepherd is the better half of the Baby-Sitters Club Club, a podcast in which two hopeless goofballs grapple unsuccessfully with the intimidating immensity of Ann M. Martin’s oeuvre.

We Are the Baby-Sitters Club: Essays and Artwork from Grown-Up Readers (Paperback)