THE UNBALANCING: A Conversation with the Author R. B. LEMBERG and Guest NICASIO ANDRES REED 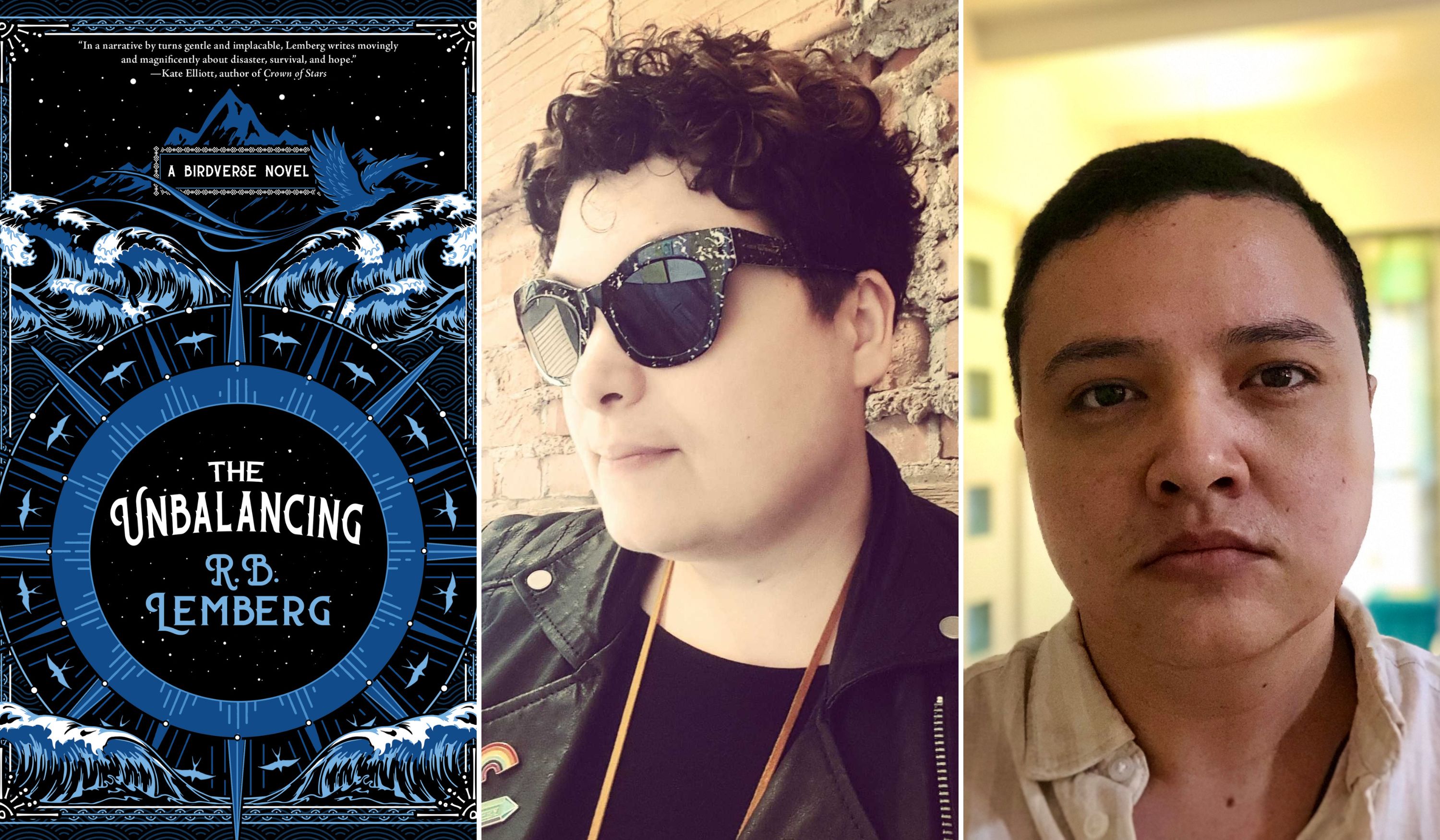 A Room of One's Own welcomes R. B. Lemberg and Nicasio Andres Reed for a virtual conversation on Lemberg's newest book The Unbalancing

This event is virtual via Crowdcast.

In this first full-length novel from the acclaimed Birdverse, new love blossoms between an impatient starkeeper and a reclusive poet as they try together to save their island home. Nebula, Locus, and Ignyte finalist R. B. Lemberg (The Four Profound Weaves) has crafted a gorgeous tale of the inevitable transformations of communities and their worlds. The Unbalancing is rooted in the mystical cosmology, neurodiversity, and queerness that infuses Lemberg’s lyrical prose, which has invited glowing comparisons to N. K. Jemisin, Patricia A. McKillip, and Ursula K. Le Guin. Beneath the waters by the islands of Gelle-Geu, a star sleeps restlessly. The celebrated new starkeeper Ranra Kekeri, who is preoccupied by the increasing tremors, confronts the problems left behind by her predecessor.

Meanwhile, the poet Erígra Lilún, who merely wants to be left alone, is repeatedly asked by their ancestor Semberí to take over the starkeeping helm. Semberí insists upon telling Lilún mysterious tales of the deliverance of the stars by the goddess Bird. When Ranra and Lilún meet, sparks begin to fly. An unforeseen configuration of their magical deepnames illuminates the trouble under the tides. For Ranra and Lilún, their story is just beginning; for the people of Gelle-Geu, it may well be too late to save their home.

R. B. Lemberg is a queer, bigender immigrant from Eastern Europe to the U.S. R. B.’s Birdverse novella The Four Profound Weaves (Tachyon, 2020) was a finalist for the Nebula, Ignyte, Locus, and World Fantasy awards and was an Otherwise Award honoree. R. B.’s poetry memoir Everything Thaws was published by Ben Yehuda Press in 2022. Their stories and poems have appeared in Lightspeed Magazine’s Queers Destroy Science Fiction!, Beneath Ceaseless Skies, We Are Here: Best Queer Speculative Fiction 2020, Sisters of the Revolution: A Feminist Speculative Fiction Anthology, and many other venues. You can find R. B. on Twitter at @rb_lemberg, on Patreon at http://patreon.com/rblemberg, and at their websites rblemberg.net and birdverse.net.

Nicasio Andres Reed is a writer, editor, and poet whose work has appeared in venues such as Strange Horizons, Uncanny Magazine, Reckoning, and Fireside. He lives with his family in Cavite province in the Philippines.

The Unbalancing: A Birdverse Novel (Paperback)