#transgirlsummer With Romance Authors Penny Aimes and May Peterson! 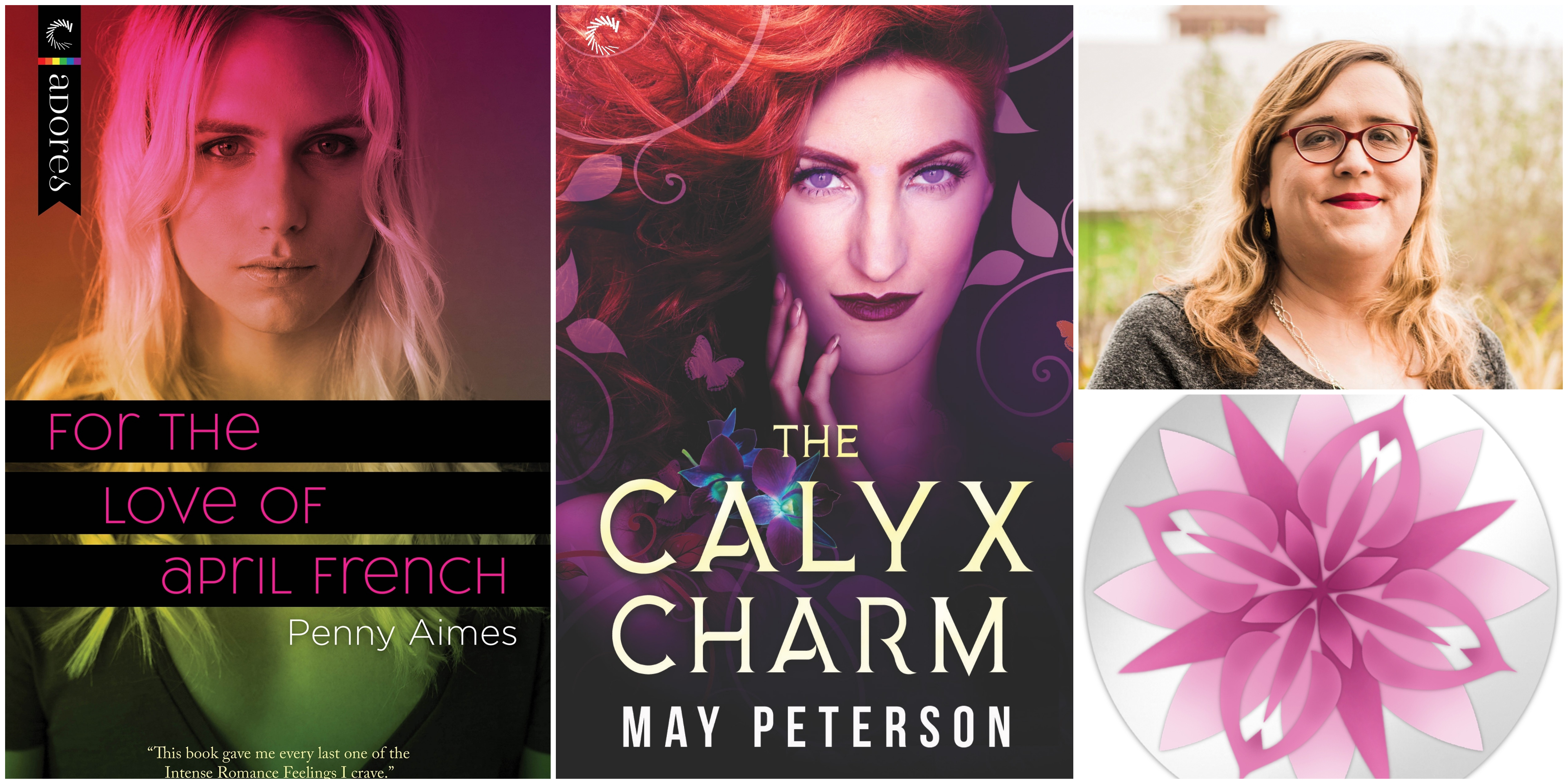 A Room of One's Own welcomes trans romance writers Penny Aimes, author of For the Love of April French, and May Peterson, author of The Calyx Charm, for a virtual event on Crowdcast!

For the Love of April French is the story of a trans woman who’s always seen herself as the scenic rest stop for others on their way to a happily ever after and the cis man she meets who knows his home will never be complete without her. Both kinky and unrepentantly fluffy, APRIL FRENCH is a story about letting go of fear and believing that you can love and be loved in return. It's also a story about embracing your community and letting your community vice you a little versa now and then.

Penny Aimes is a trans woman writing contemporary romance about trans women and other people who don't always find themselves in romance novels. She was assigned Hoosier at birth but has lived on the east coast and in China before landing in Austin, Texas. She lives in the heart of the music district with her wife and a very small bird with a very loud voice.

The Calyx Charm is an epic fantasy about friends who become lovers right as the world is about to end. Tibario has come back from the dead, and realizes he’s in love with his childhood friend Violetta, a seer who once saved the country. When she foretells doom upon the land, they have to decide what matters most to them before the battle for the future begins.

May Peterson, a lifelong lover of stories, has always had a deep fondness for books, animation, and comics. May is also rumored to be some kind of magical creature, but exactly which kind is still debated by scholars. While they sort that out, May busies herself as a romance and fantasy author, as well as a freelance editor. She believes that bringing a daydream to life is always a small miracle.

For the Love of April French (Kobo eBook)