THE STREETS BELONG TO US: A Conversation with the Author ANNE GRAY FISCHER and Guest SIMON BALTO 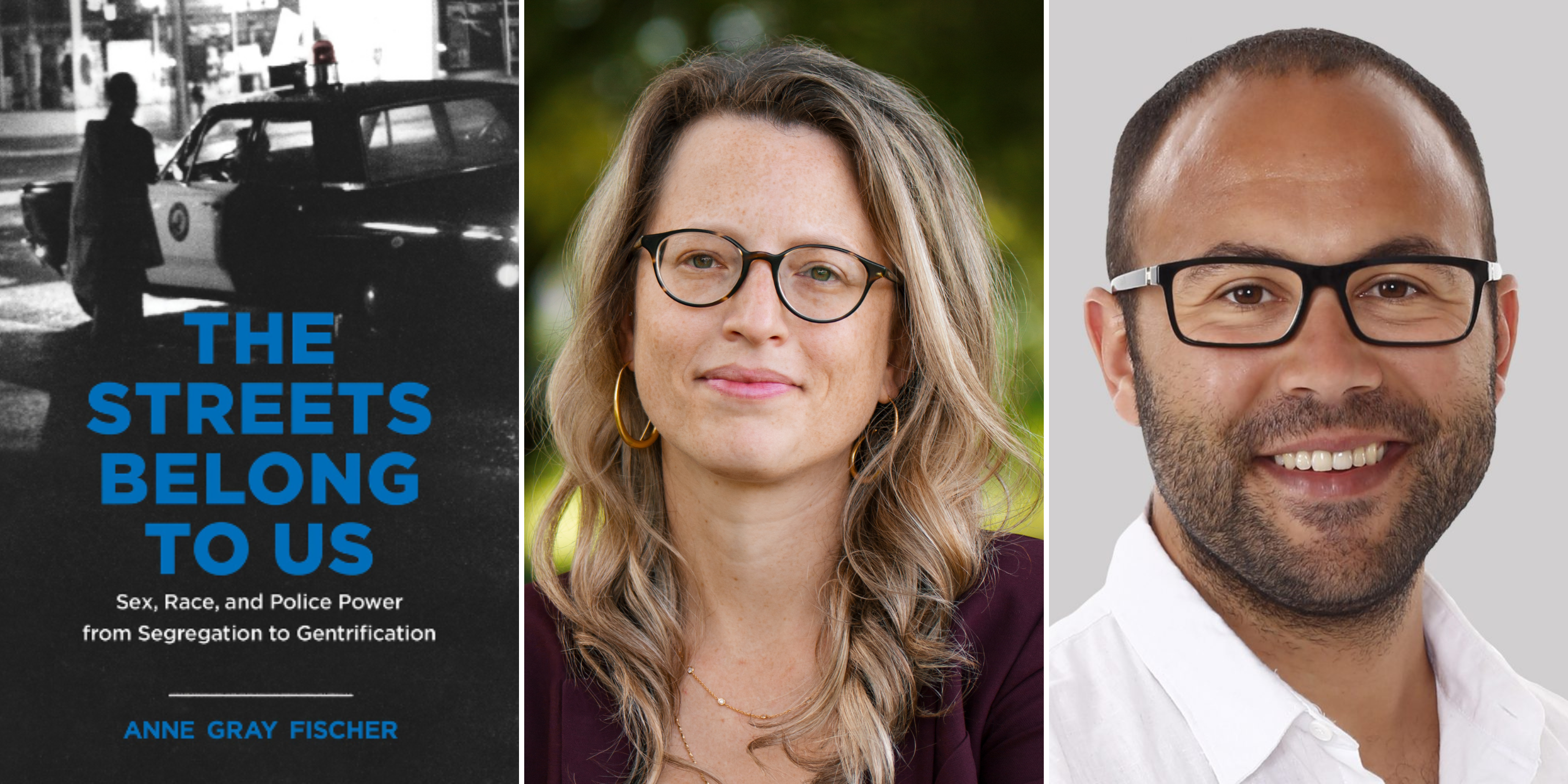 A Room of One's Own welcomes Anne Gray Fischer and Simon Balto for a conversation on The Streets Belong to Us: Sex, Race, and Police Power from Segregation to Gentrification

Men, especially Black men, often stand in as the ultimate symbol of the mass incarceration crisis in the United States. Women are treated as marginal, if not overlooked altogether, in histories of the criminal legal system. In The Streets Belong to Us—a searing history of women and police in the modern United States—Anne Gray Fischer narrates how sexual policing fueled a dramatic expansion of police power. The enormous discretionary power that police officers wield to surveil, target, and arrest anyone they deem suspicious was tested, legitimized, and legalized through the policing of women's sexuality and their right to move freely through city streets.

Throughout the twentieth century, police departments achieved a stunning consolidation of urban authority through the strategic discretionary enforcement of morals laws, including disorderly conduct, vagrancy, and other prostitution-related misdemeanors. Between Prohibition in the 1920s and the rise of "broken windows" policing in the 1980s, police targeted white and Black women in distinct but interconnected ways. These tactics reveal the centrality of racist and sexist myths to the justification and deployment of state power. Sexual policing did not just enhance police power. It also transformed cities from segregated sites of "urban vice" into the gentrified sites of Black displacement and banishment we live in today. By illuminating both the racial dimension of sexual liberalism and the gender dimension of policing in Black neighborhoods, The Streets Belong to Us illustrates the decisive role that race, gender, and sexuality played in the construction of urban police regimes.

Anne Gray Fischer is assistant professor of gender history at the University of Texas at Dallas and the author of The Streets Belong to Us: Sex, Race, and Police Power from Segregation to Gentrification. Her writing has appeared in the Washington Post, the Boston Review, and elsewhere.

Simon Balto is assistant professor of History at UW-Madison and the author of the award-winning book Occupied Territory: Policing Black Chicago from Red Summer to Black Power. He is a regular contributor to The Guardian, and his writing can also be found in Time, The Washington Post, The Progressive, and a wide range of academic publications.

The Streets Belong to Us: Sex, Race, and Police Power from Segregation to Gentrification (Justice) (Hardcover)