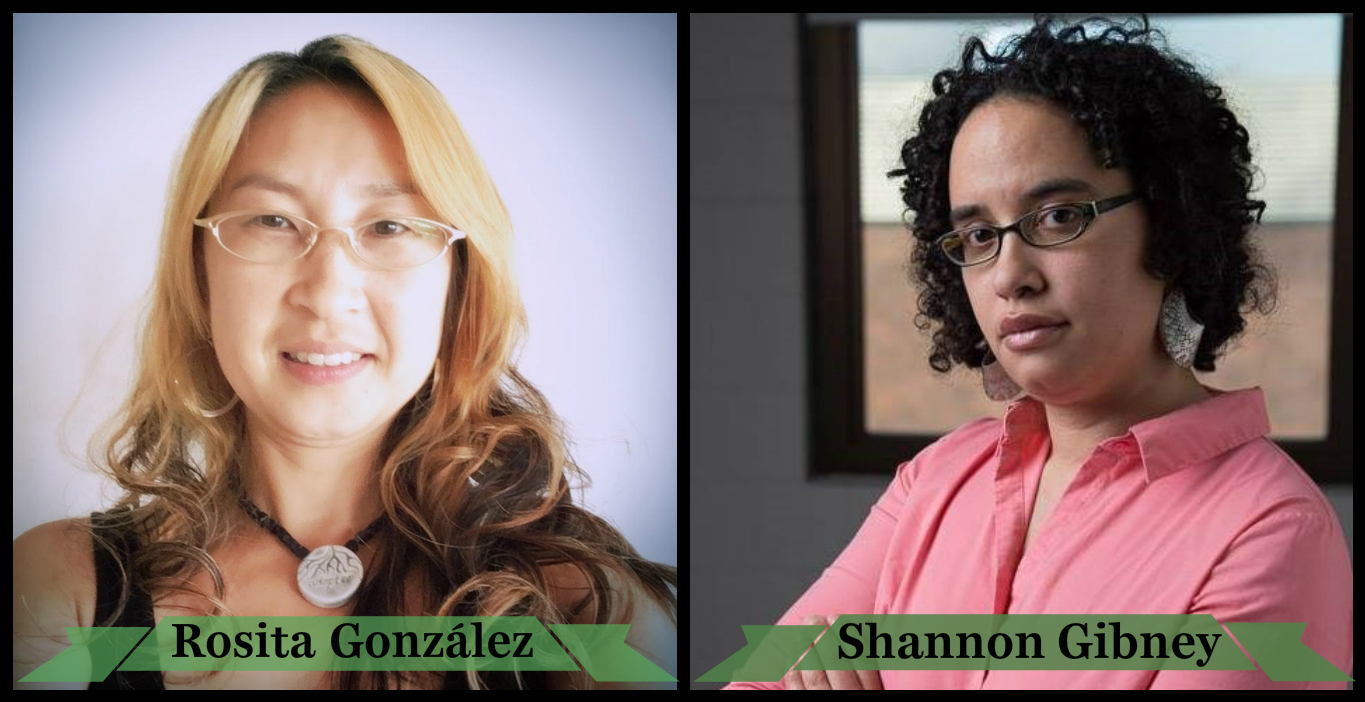 A Room of One's Own is proud to welcome two women of color, Shannon Gibney and Rosita González, who have written fiction and non-fiction on the subject of transracial adoption.

Shannon Gibney is a writer, educator, activist, and the author of See No Color (Carolrhoda Lab, 2015), a young adult novel that won the 2016 Minnesota Book Award in Young Peoples' Literature. Her writing appears in numerous anthologies, and in other venues including Al Jazeera America, The Crisis, and Gawker. Gibney is faculty in English at Minneapolis Community and Technical College, where she teaches critical and creative writing, journalism, and African Diasporic topics. A Bush Artist and McKnight Writing Fellow, she is currently at work on her second YA novel, Dream Country. about more than five generations of an African descended family, crisscrossing the Atlantic both voluntarily and involuntarily (Dutton, 2018). Her author photo is by Kristine Heykants

About See No Color: Being a biracial girl adopted by a white family didn't used to bother Alex. All that mattered was being her father's baseball star—until that status slips. Now she's questioning her identity. Black or white—where does she fit in?

About A Good Time for the Truth: Race in Minnesota: In this provocative book, sixteen of Minnesota’s best writers, including presenter Shannon Gibney, provide a range of perspectives on what it is like to live as a person of color in Minnesota. Minnesota communities struggle with some of the nation’s worst racial disparities. As its authors confront and consider the realities that lie beneath the numbers, this book provides an important tool to those who want to be part of closing those gaps.

Rosita González is an activist, an artist and a Korean-American adoptee. She serves as Feminism Columnist and is a former editor at the Lost Daughters, an adoptee-centric website. Her activism is rooted in her experiences as an adoptee, a woman of color and a mother. In November of 2014, she sparked the #flipthescript, adoptee-centric movement on Twitter, and in 2015, she and her family moved to Seoul for five months. Her writings have appeared in three books and online at the Good Men Project and xojane. She blogs online as mothermade.

A Good Time for the Truth: Race in Minnesota (Paperback)

ISBN: 9781681340029
Availability: In stock with our warehouse--usually ships within 1-7 days. May or may not be in stock at Room.
Published: Minnesota Historical Society Press - April 1st, 2016
In-Store
Events