A Reading With Sarah Carlson and Jessie Ann Foley 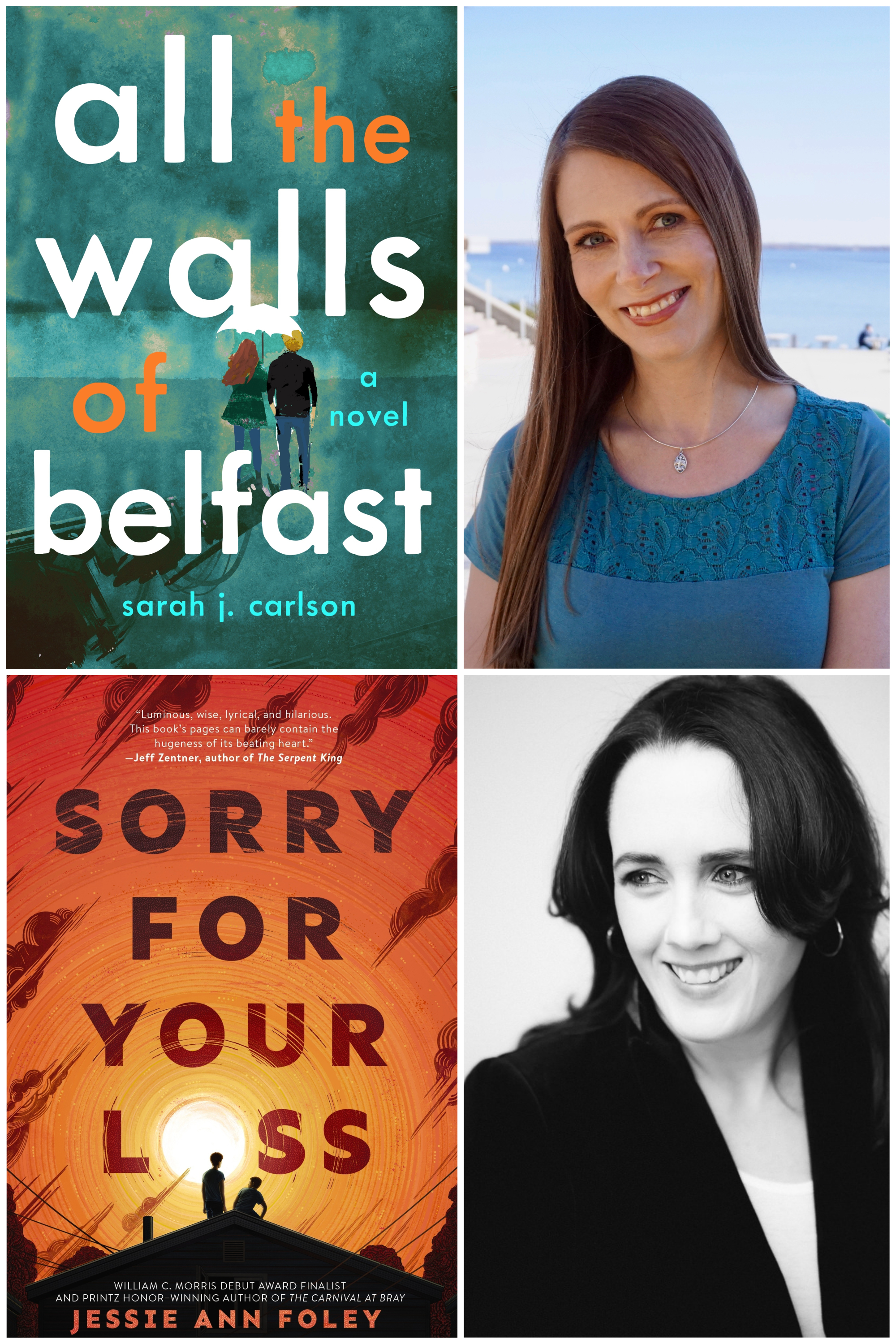 A Room of One's Own welcomes Sarah Carlson, author of All the Walls of Belfast, and Jessie Ann Foley, author of Sorry for Your Loss!

The Carnival at Bray meets West Side Story in Sarah Carlson’s powerful YA debut All the Walls of Belfast; set in post-conflict Belfast (Northern Ireland), alternating between two teenagers, both trying to understand their past and preserve their future. Seventeen-year-olds Fiona and Danny must choose between their dreams and the people they aspire to be.

Sarah Carlson is a YA author focused on exploring contemporary issues facing youth today. She is a member of SCBWI. All the Walls of Belfast is her debut novel. Currently, She lives near Madison, Wisconsin with her husband and two small children. She has a Bachelor of Science in Psychology, a Masters of Science in Education, and an Education Specialist degree in School Psychology.

About Sorry For Your Loss: As the youngest of eight, painfully average Pup Flanagan is used to flying under the radar. He’s barely passing his classes. His lets his longtime crush walk all over him. And he’s in no hurry to decide on a college path. The only person who ever made him think he could be more was his older brother Patrick. But that was before Patrick died suddenly, leaving Pup with a family who won’t talk about it and acquaintances who just keep saying, “sorry for your loss.” When Pup excels at a photography assignment he thought he’d bomb, things start to come into focus. His dream girl shows her true colors. An unexpected friend exposes Pup to a whole new world, right under his nose. And the photograph that was supposed to show Pup a way out of his grief ultimately reveals someone else who is still stuck in their own. Someone with a secret regret Pup never could have imagined.

Jessie Ann Foley is the Printz honor-winning author of the novels The Carnival at Bray, Neighborhood Girls, and Sorry for Your Loss. She lives with her family in Chicago, where she was born and raised.