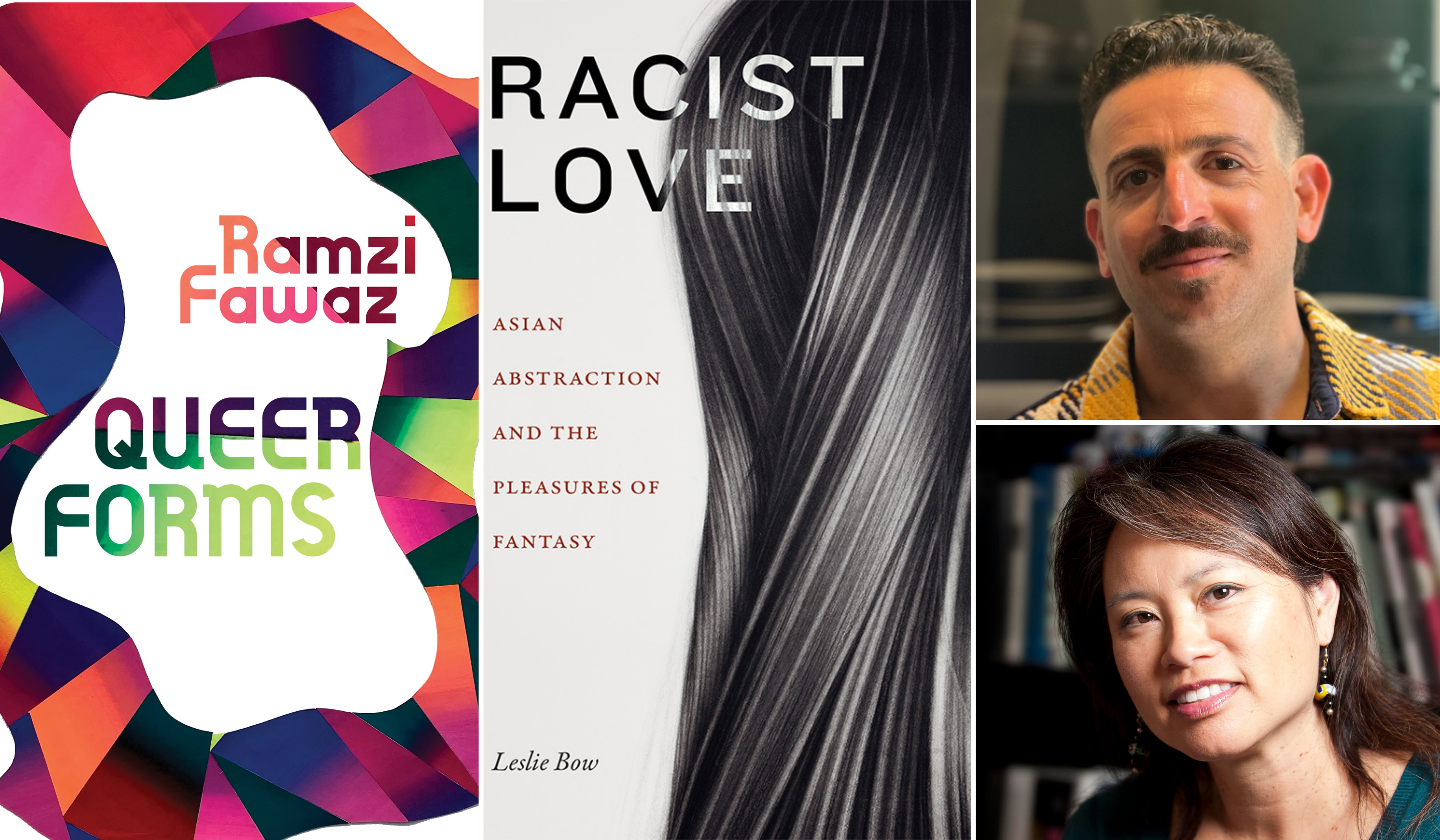 A Room of One's Own welcomes authors Ramzi Fawaz and Leslie Bow for a conversation on their books Queer Forms and Racist Love! This event will be moderated by Russ Castronovo, director of the Center for the Humanities at UW Madison.

In Queer Forms, Ramzi Fawaz explores how the central values of 1970s movements for women’s and gay liberation—including consciousness-raising, separatism, and coming out of the closet—were translated into a range of American popular culture forms. Throughout this period, feminist and gay activists fought social and political battles to expand, transform, or wholly explode definitions of so-called “normal” gender and sexuality. In doing so, they inspired artists, writers, and filmmakers to invent new ways of formally representing, or giving shape to, non-normative genders and sexualities. This included placing women, queers, and gender outlaws of all stripes into exhilarating new environments—from the streets of an increasingly gay San Francisco to a post-apocalyptic commune, from an Upper East Side New York City apartment to an all-female version of Earth—and finding new ways to formally render queer genders and sexualities by articulating them to figures, outlines, or icons that could be imagined in the mind’s eye and interpreted by diverse publics.

In Racist Love Leslie Bow traces the ways in which Asian Americans become objects of anxiety and desire. Conceptualizing these feelings as “racist love,” she explores how race is abstracted and then projected onto Asianized objects. Bow shows how anthropomorphic objects and images such as cartoon animals in children’s books, home décor and cute tchotchkes, contemporary visual art, and artificially intelligent robots function as repositories of seemingly positive feelings and attachment to Asianness. At the same time, Bow demonstrates that these Asianized proxies reveal how fetishistic attraction and pleasure serve as a source of anti-Asian bias and violence. By outlining how attraction to popular representations of Asianness cloaks racial resentment and fears of globalization, Bow provides a new means of understanding the ambivalence surrounding Asians in the United States while offering a theory of the psychological, affective, and symbolic dynamics of racist love in contemporary America.

Ramzi Fawaz is a Romnes Professor of English at the University of Wisconsin–Madison. He is the author of The New Mutants: Superheroes and the Radical Imagination of American Comics and co-editor of Keywords for Comics Studies. With Darieck Scott, he co-edited the special issue of American Literature, “Queer About Comics,” which won the 2019 best special issue award from the Council of Editors of Learned Journals.

Leslie Bow is Vilas Distinguished Achievement Professor of English and Asian American Studies and Dorothy Draheim Professor of English at the University of Wisconsin-Madison. She is the author of the award-winning, ‘Partly Colored’: Asian Americans and Racial Anomaly in the Segregated South (New York University Press, 2010); Betrayal and Other Acts of Subversion: Feminism, Sexual Politics, Asian American Women's Literature (Princeton University Press, 2001). Her co-edited volume, The Oxford Handbook of Twentieth-Century American Literature, is forthcoming with Oxford. Her new book, Racist Love: Asian Abstraction and the Pleasures of Fantasy, is just out with Duke University Press.

Racist Love: Asian Abstraction and the Pleasures of Fantasy (Paperback)