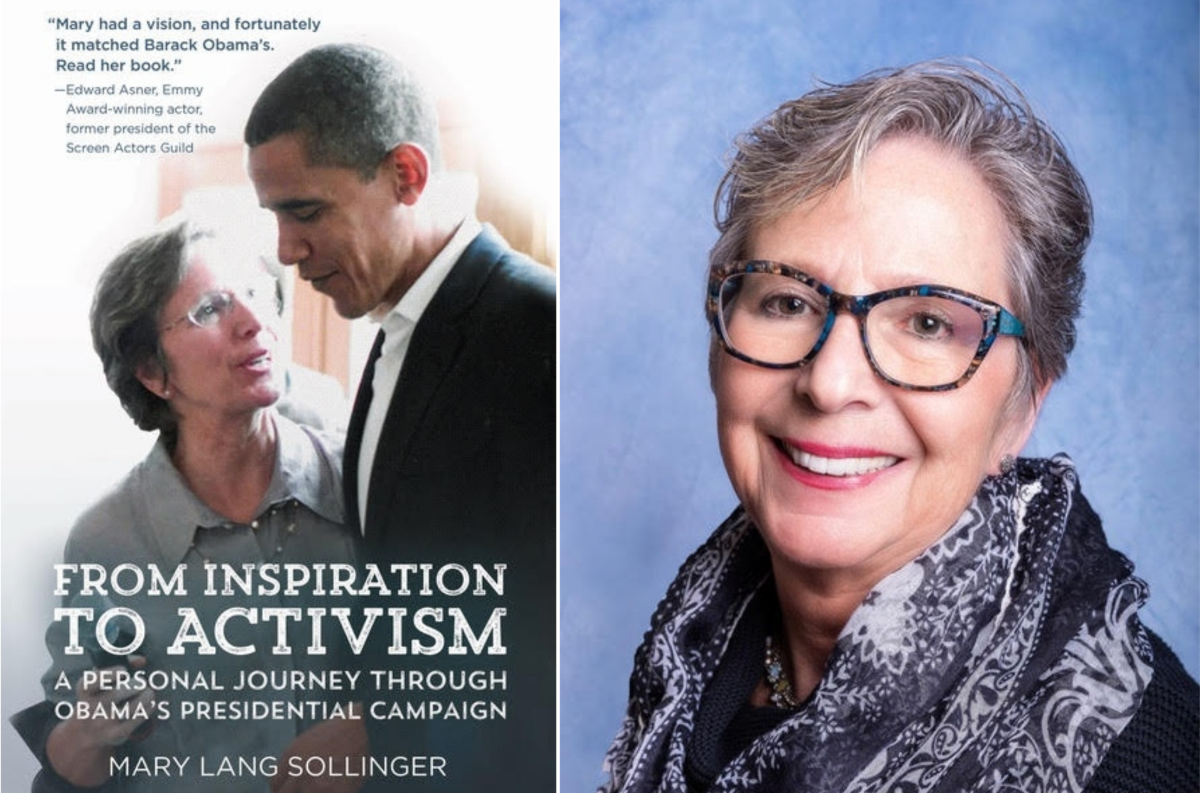 The Progressive Magazine and A Room of One's Own invite you to a virtual event with activist Mary Lang Sollinger, author of From Inspiration to Activism!

About From Inspiration to Activism: Mary’s years of fundraising experience culminated in an incredible opportunity to host a fundraiser at her home with Senator Obama in the fall of 2007. Mary believed in all that he stood for and knew that she needed to do whatever it took to help Senator Obama and others seek political office. Mary was tireless in her efforts to get out the vote for Senator Obama through canvassing across Madison, Dubuque, Pittsburgh, and Indianapolis. While knocking on door after door, Mary found unique ways to overcome obstacles when trying to connect with people on the other side of those doors. She embodied Obama’s campaign mantra: respect, empower, include.

Mary was recently named as was named as a finalist in the Chicago Writers Association's Book of the Year Award for Indie Nonfiction.

Donate $35 or more to The Progressive and receive a signed copy of the book, courtesy of the magazine.