A Poetry Reading with CLAIRE WAHMANHOLM and K IVER 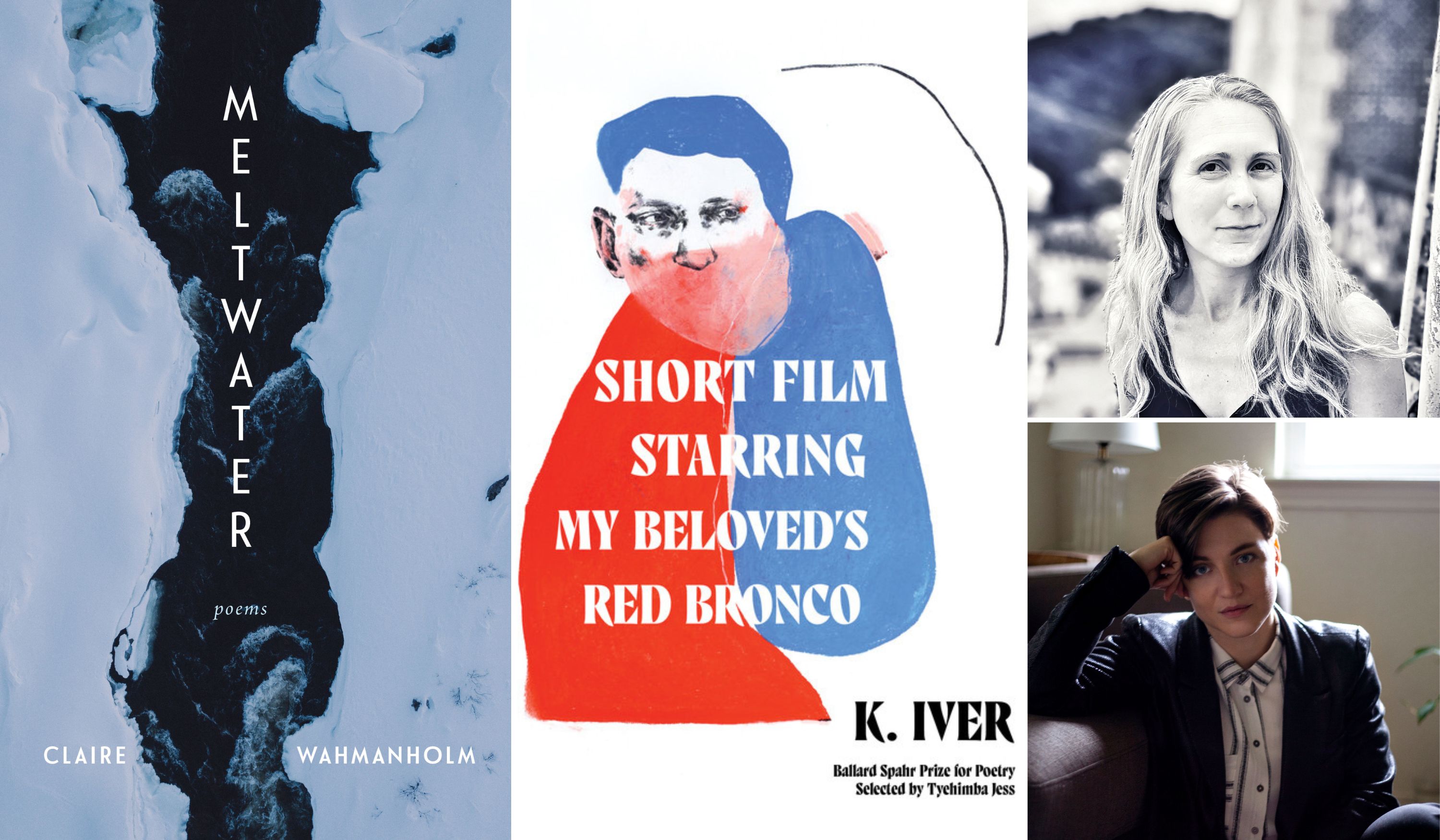 Part requiem, part bedtime story, Meltwater narrates the awful possibility of doom as well as the grim temptation to numb ourselves to it. Prose poems melt into erasures, erasures swell into lush catalogs. Within this formal ebb and flow, Claire Wahmanholm explores both abundance and annihilation, giving shape and music to our shared human anxieties. What does it mean to bring children into a world like this one? A world where grenades are “the only kind of fruit we can still name”? Where “lightning can strike over / and over without boredom or belief and nothing / is saved”? Where losses, both ecological and personal, proliferate endlessly?

In small-town Mississippi, before the aughts, a child “assigned ‘woman’” and a boy “forced to call / himself a girl” love one another—from afar, behind closed doors, in motels. The child survives an injurious mother and the beast-shaped men she brings home; the boy becomes a soldier. Years later, the boy—the eponymous beloved, Missy—dies by suicide, kicking up a riptide of memory. This is where K. Iver writes, at the confluence of love poem and elegy.

Short Film Starring My Beloved’s Red Bronco sees us through a particular kind of grief—one so relentless, it’s precious. It presses us, also, to continue advocating for a world in which queer love fantasies become reality and queer love poems “swaddle the impossible / contours of joy.”

Claire Wahmanholm is the author of Meltwater, Redmouth, and Wilder, which won the Lindquist & Vennum Prize for Poetry and the Society of Midland Authors Award for Poetry, and was a finalist for the 2019 Minnesota Book Award. Her poems have appeared in Ninth Letter, Blackbird, Washington Square Review, Copper Nickel, Beloit Poetry Journal, Grist, RHINO, Los Angeles Review, Fairy Tale Review, Bennington Review, DIAGRAM, The Journal, and Kenyon Review Online, and have been featured by the Academy of American Poets. She lives in the Twin Cities.

K. Iver is a nonbinary trans poet from Mississippi. Their book Short Film Starring My Beloved’s Red Bronco won the 2022 Ballard Spahr Prize for Poetry from Milkweed Editions. Their poems have appeared in Boston Review, Gulf Coast, Poetry Northwest, TriQuarterly, The Adroit, and elsewhere. Iver is the 2021-2022 Ronald Wallace Fellow for Poetry at the Wisconsin Institute for Creative Writing. They have a Ph.D. in Poetry from Florida State University. For more, visit kleeiver.com.