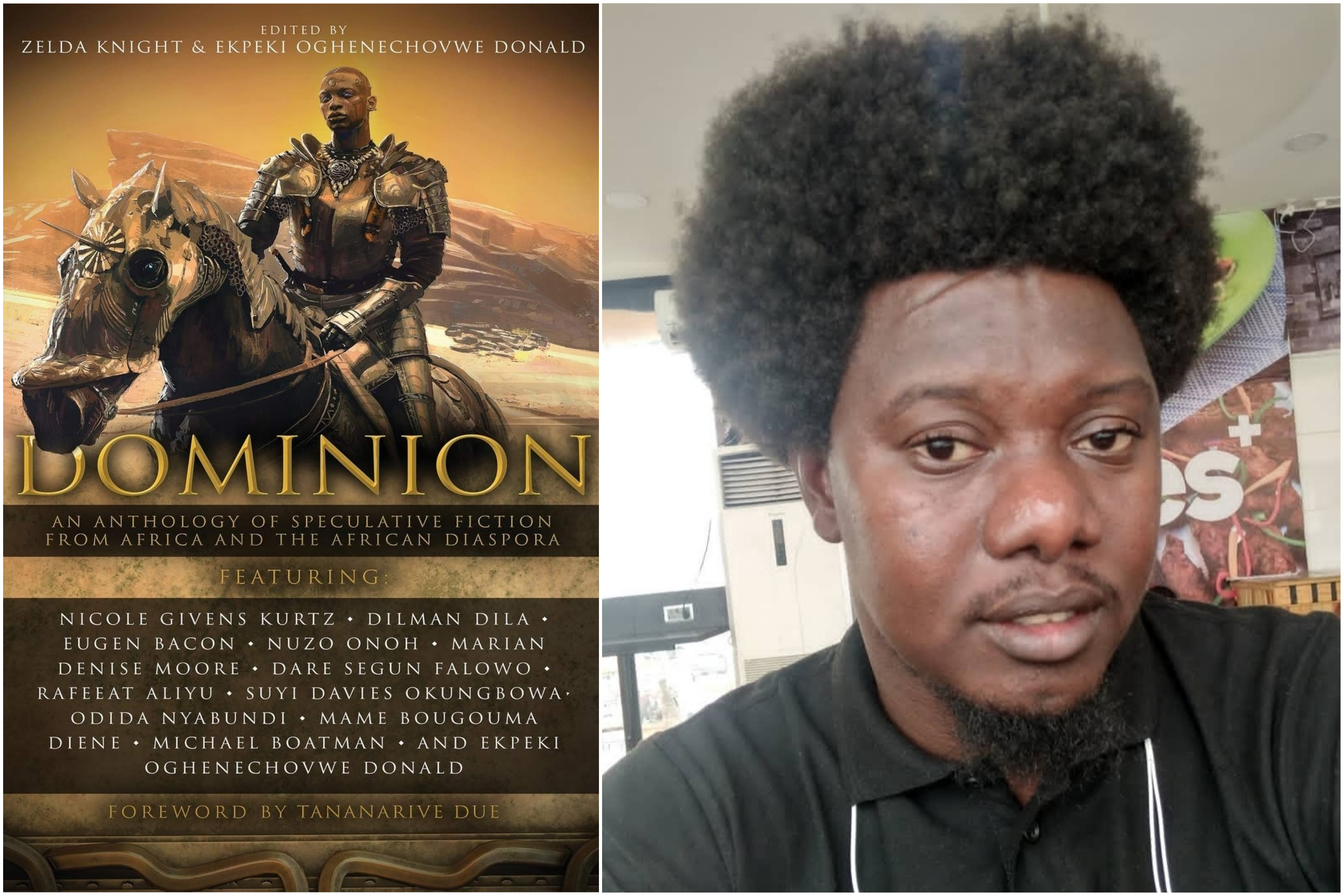 A Room of One's Own presents a virtual ceremony in celebration of the 2020 Otherwise Award, featuring last year's prizewinning author Oghenechovwe Donald Ekpeki and other special guests!

Oghenechovwe Donald Ekpeki’s “Ife-Iyoku, the Tale of Imadeyunuagbon” (published in Dominion: An Anthology of Speculative Fiction from Africa and the African Diaspora, edited by Zelda Knight and Ekpeki Donald Oghenechovwe, Aurelia Leo, 2020) is set in a post-apocalyptic world devastated by nuclear war. Survivors gather in Ife-Iyoku, the spiritual capital of Africa’s ancient Oyo Empire, where they are altered in fantastic ways by its magic and power. The Otherwise Award jury writes: “What could have easily slipped into a stereotypical depiction and affirmation of patriarchal norms among African societies presents itself instead as the struggle of a community in the context of colonialism and colonization, a context that pits the impetus for communal survival against the dictate toward individuality. What does it look like to have gender roles enlisted in the pursuit of a community’s survival against larger, aggressive, unreasoning entities? How does the threat of annihilation further entrench that social schema? As the story unfolds, we realize that it is impossible for any community to remain isolated from imperialism, even if they have superpowers. And this makes the story a more powerful allegory—as well as a more truthful account of how power works.”

Dominion: An Anthology of Speculative Fiction from Africa and the African Diaspora (Paperback)