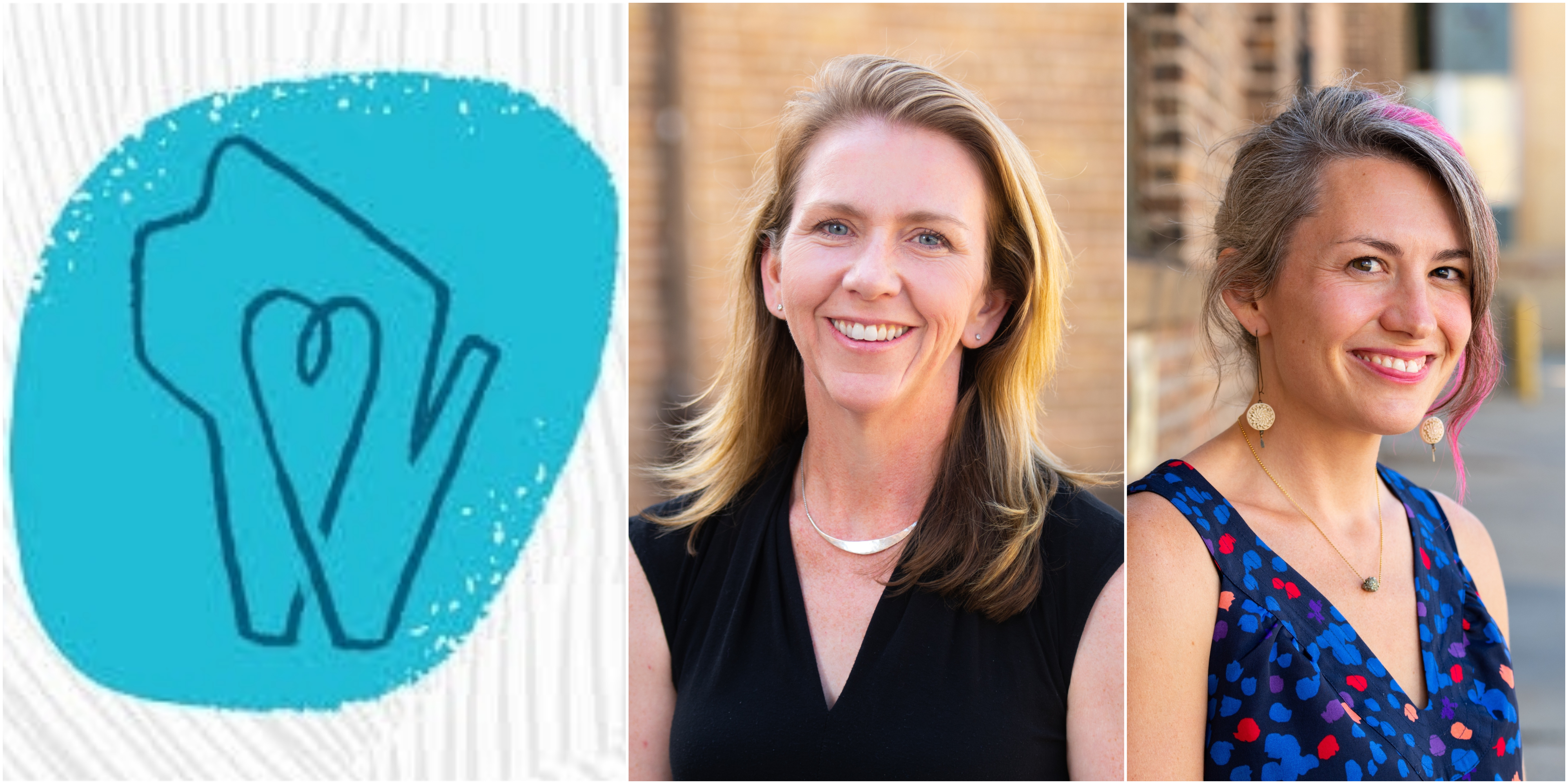 A Room of One's Own welcomes Megan Monday and Brijetta Hall Waller to discuss the new anthology of photographs and stories from Love Wisconsin!

Brijetta Hall Waller and Megan Monday set out to share real-life, first-person stories that showcase the richness and diversity of our state through their digital storytelling project, Love Wisconsin. The Love Wisconsin book features over 80 of the most compelling stories from their celebrated storytelling work along with beautiful portrait photography.

Megan Monday has been writing stories since the time she produced her own kid newspaper and sold it up and down her street. (10 cents a copy! Her grandfather was a newspaperman.) Megan got interested in photography as a teenager, and her combined love of written stories and images followed her to art school, graduate school, and then onto a career as a media producer, teacher, and artist. Her work has screened nationally on PBS and in film festivals. These days, Megan works as an executive producer at Wisconsin Public Television.

Brijetta Hall Waller started editing video stories in high school using two VCRs. She is grateful that technology has evolved, and that the joy of storytelling has remained a constant in her life. She has worked in media and documentary ever since she graduated from film school. Her documentary work has screened at film festivals nationally and internationally, and on PBS. She studied interactive media in graduate school and is passionate about the intersection of media and technology.