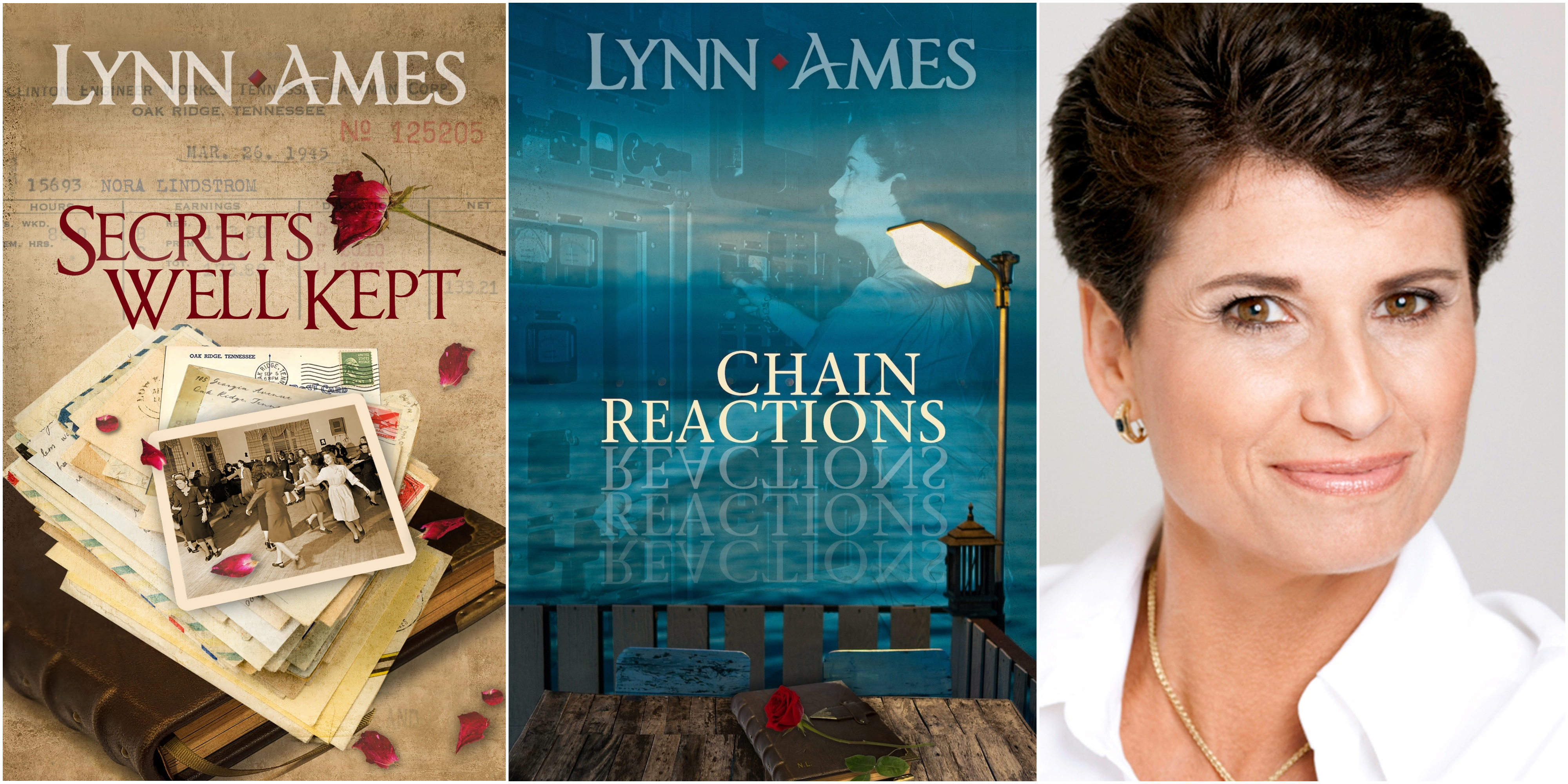 A Room of One's Own welcomes Lynn Ames, author of Chain Reactions and Secrets Well Kept!

About Chain Reactions: Some of Diana Lindstrom’s fondest memories involve childhood experiments conducted under the watchful supervision of her Great-Aunt Nora, a celebrated physicist long ago shunned by the family for mysterious reasons. Now in her adult years and a sought-after scientist herself, Diana learns that Nora is dying. She hires private-duty nurse Brooke Sheldon to care for Nora. Over the days and weeks spent in Nora’s company, Diana and Brooke are privy to Nora’s long-held secrets, along with her deep-seated regrets.

About Secrets Well Kept: It’s March, 1943. World War II rages across the globe, and twenty-five-year-old Nora Lindstrom is about to take a huge leap of faith. One of the few women in the male-dominated field of physics, she travels to an undisclosed destination to undertake a vital, top-secret project that the government insists could help the Allies win the war. At eighteen, Mary Trask is ready to put high school and the boy who wants to marry her in her rearview mirror. But what alternative could the future hold for the dyslexic daughter of a train conductor? When a cousin in Tennessee provides Mary with a cryptic job opportunity, she jumps at the chance to rewrite her life.

Lynn Ames is the best-selling author of fourteen novels. She also is the writer/director/producer of the history-making documentary, Extra Innings: The Real Story Behind the Bright Lights of Summer, which chronicles, for the first time ever in her own words, the real-life story of Hall-of-Famer Dot Wilkinson and the heyday of women’s softball. Lynn’s fiction has garnered her a multitude of awards and honors, including five Goldie awards, the coveted Ann Bannon Popular Fiction Award (for All That Lies Within), and the Arizona Book Award for Best Gay/Lesbian book. Lynn is a two-time Lambda Literary Award (Lammy) Finalist, a Foreword INDIES Book of the Year Award finalist, and winner of a Rainbow Award for Lesbian Romance.