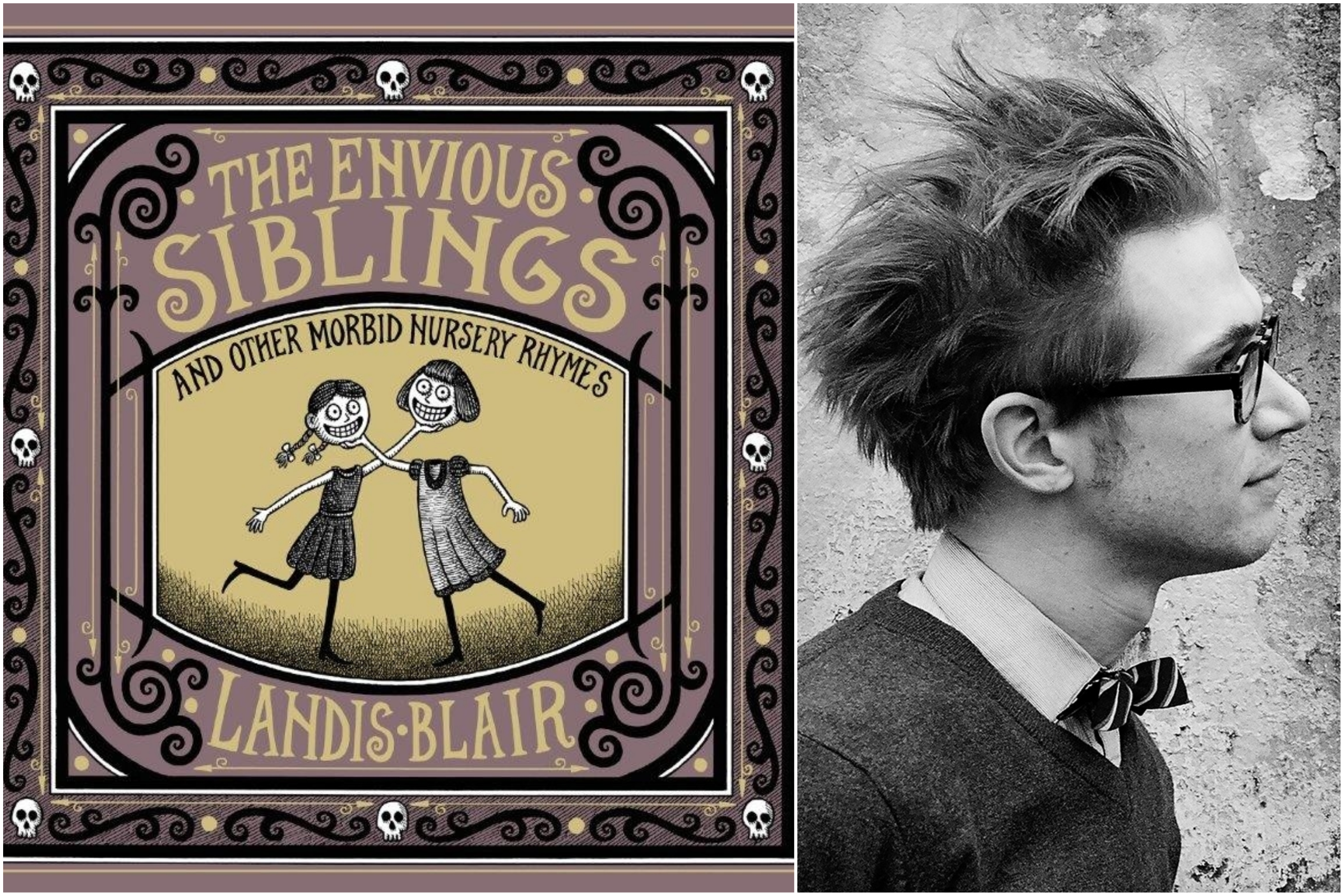 A Room of One's Own welcomes illustrator Landis Blair, author of The Envious Siblings!

The Envious Siblings is a wicked collection of nursery rhymes that will terrify and delight children and parents alike. In Blair’s surreal universe, a lost child watches as bewhiskered monsters gobble her fellow passengers on a train; a band of schoolkids merrily play a gut-churning game with playground toys; and two sisters, grinning madly, dismember each other joint by joint until their mother kills them both to keep them quiet. Witty verse reminiscent of Shel Silverstein and others accompany Blair’s charmingly perverse illustrations, all done in his distinctive cross hatched style. This delightfully twisted and darkly funny debut heralds a brilliant new cartooning talent and will captivate readers who have thrilled to the lurid fantasies of Roald Dahl, Quentin Blake, Heinrich Hoffman, Alicia Vannoy Call, Charles Addams, and Tim Burton.

Landis Blair is an award-winning illustrator and comic artist. He was the illustrator for David L. Carson’s The Hunting Accident, which won an Excellence in Graphic Literature Award from PopCulture Classroom, and Caitlin Doughty’s New York Times bestseller From Here to Eternity. He won the Eustace Tilley New Yorker tote bag competition in 2012. A member of the Order of the Good Death, his illustrations have been published in The New York Times, Chicago Magazine, and Medium.