Kathryn Harlan, author of FRUITING BODIES, on the Back Patio w/ Beth Nguyen! 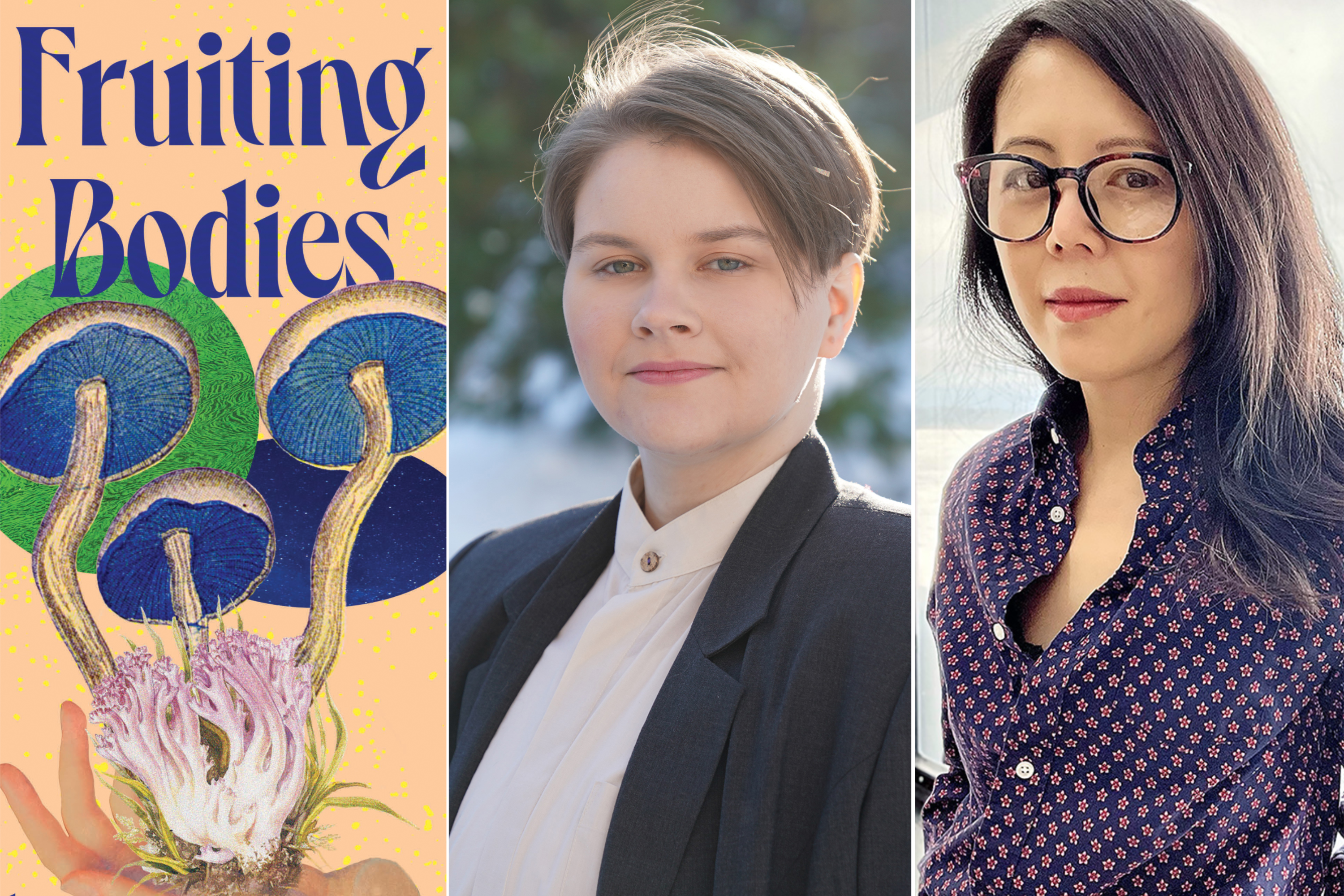 A Room of One's Own welcomes Kathryn Harlan, author of the new short story collection Fruiting Bodies, for a conversation on the store's back patio with Beth Nguyen!

In stories that beckon and haunt, Fruiting Bodies ranges confidently from the fantastical to the gothic to the uncanny as it follows characters—mostly queer, mostly women—on the precipice of change. Echoes of timeless myth and folklore reverberate through urgent narratives of discovery, appetite, and coming-of-age in a time of crisis.

In “The Changeling,” two young cousins wait in dread for a new family member to arrive, convinced that he may be a dangerous supernatural creature. In “Endangered Animals,” Jane prepares to say goodbye to her almost-love while they road-trip across a country irrevocably altered by climate change. In “Take Only What Belongs to You,” a queer woman struggles with the personal history of an author she idolized, while in “Fiddler, Fool, Pair,” an anthropologist is drawn into a magical—and dangerous—gamble. In the title story, partners Agnes and Geb feast peacefully on the mushrooms that sprout from Agnes’s body—until an unwanted male guest disturbs their cloistered home.

Audacious, striking, and wholly original, Fruiting Bodies offers stories about knowledge in a world on the verge of collapse, knowledge that alternately empowers or devastates. Pulling beautifully, brazenly, from a variety of literary traditions, Kathryn Harlan firmly establishes herself as a thrilling new voice in fiction.

Kathryn Harlan received an MFA from the University of Wisconsin–Madison, where she now teaches writing. She was the recipient of the 2019 August Derleth Graduate Creative Writing Prize. Her work has appeared in the Gettysburg Review, Strange Horizons, and elsewhere.

Beth (Bich Minh) Nguyen is the author of the memoir Stealing Buddha's Dinner and the novels Short Girls and Pioneer Girl. Her next book, Owner of a Lonely Heart, is a memoir in essays forthcoming in 2023. She has received an American Book Award and a PEN/Jerard Award and her work has appeared in publications including The New Yorker, Paris Review, Time Magazine, The New York Times, and Best American Essays. Her work has been featured in numerous university and community reads programs and is taught in high school and college classes around the country. Nguyen received an MFA in creative writing from the University of Michigan and is a professor of creative writing at the University of Wisconsin–Madison.