HOW FAR THE LIGHT REACHES: A Conversation with the Author SABRINA IMBLER and Guest CHRISTIE TAYLOR 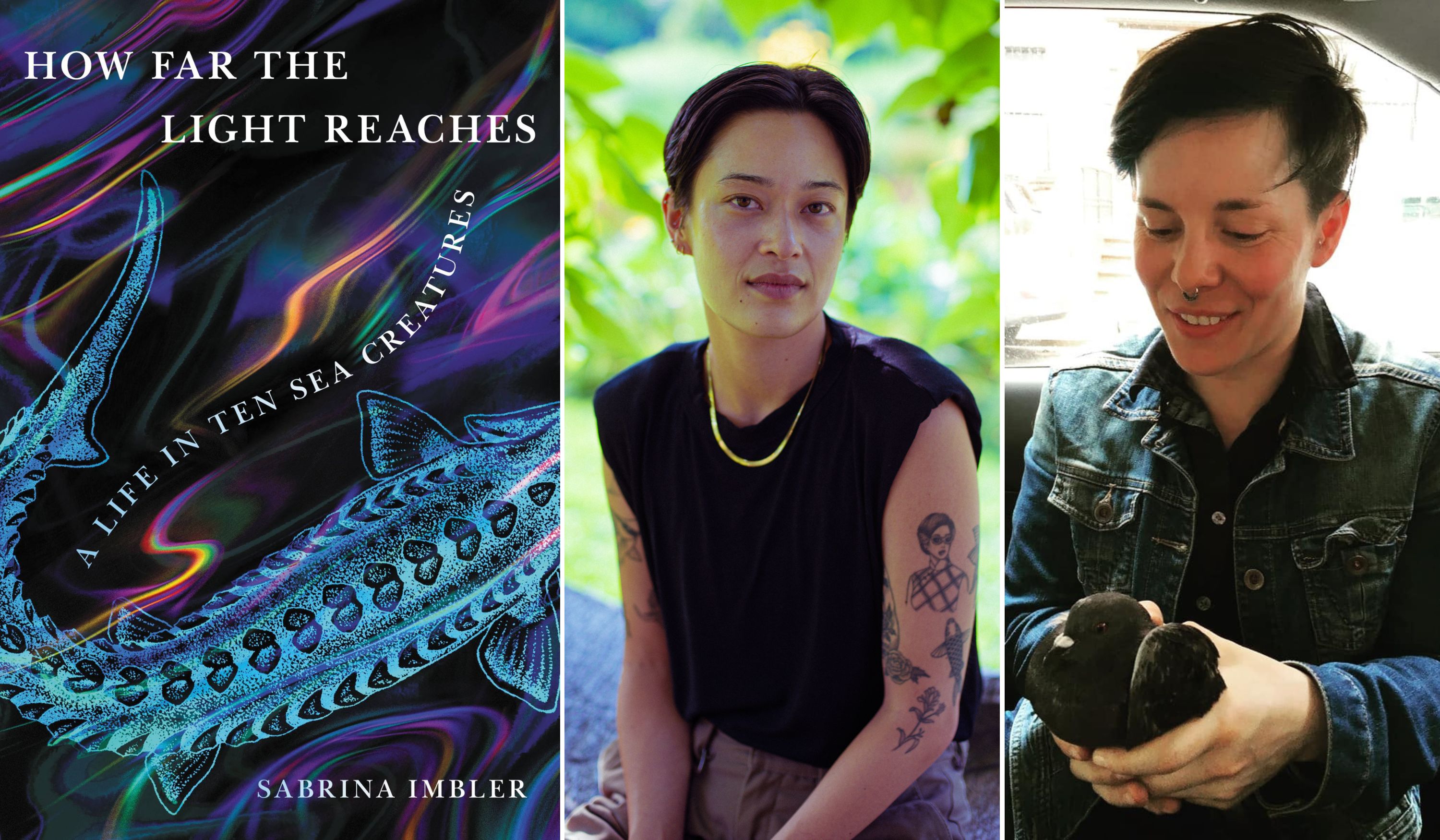 A Room of One's Own is thrilled to welcome Sabrina Imbler and Christie Taylor to discuss Sabrina's new book How Far the Light Reaches.

This event is online via Crowdcast

A queer, mixed race writer working in a largely white, male field, science and conservation journalist Sabrina Imbler has always been drawn to the mystery of life in the sea, and particularly to creatures living in hostile or remote environments. Each essay in their debut collection profiles one such creature: the female octopus who starves herself while watching over her eggs, the Chinese sturgeon whose migration route has been decimated by pollution and dams, the terrifying Bobbitt worm (named after Lorena) and other uncanny creatures lurking in the "midnight zone" of the ocean, far below where the light reaches. Fusing genres to create a new kind of essay, Imbler's debut collection weaves the wonders of marine biology with stories of their own family and coming of age, implicitly connecting endangered sea life to marginalized human communities and asking how they and we adapt, survive, and care for each other.

Sabrina Imbler is a writer and science journalist living in Brooklyn. Their first chapbook, Dyke (geology) was published by Black Lawrence Press. They have received fellowships and scholarships from the Asian American Writers' Workshop, Tin House, the Jack Jones Literary Arts Retreat, Millay Arts, and Paragraph NY, and their work has been supported by the Café Royal Cultural Foundation. Their essays and reporting have appeared in various publications, including the New York Times, the Atlantic, Catapult, and Sierra, among others.

Christie Taylor is a science journalist and producer for the public radio show ‘Science Friday,’ where she focuses on the intersection of science and the arts. Besides coverage of books, plays, dance, and other science-inspired art, she has defended the charisma of polychaete marine worms, interviewed test models for Mars rovers, and chased pigeons with urban wildlife biologists. She makes it her business to question how science is a product of culture, for good and for ill. Also a poet and essayist, her work has appeared in Verse Wisconsin, Wisconsin People and Ideas, elimae, decomP, and other literary journals—and, very briefly, in Sabrina Imbler’s How Far The Light Reaches. She grew up in Madison and returns often.

How Far the Light Reaches: A Life in Ten Sea Creatures (Hardcover)