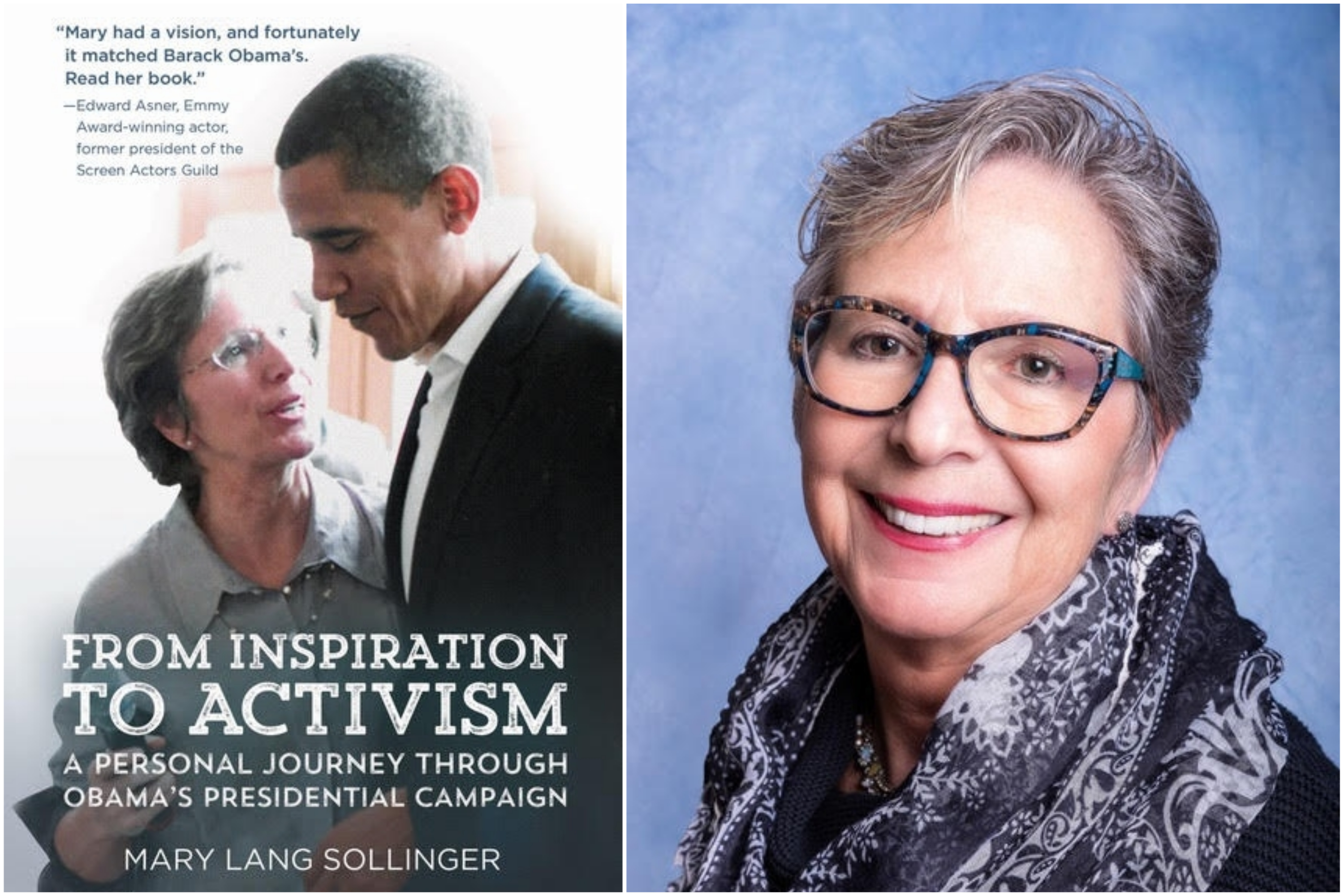 A Room of One's Own presents a Happy Hour Conversation on Zoom with local activist Mary Lang Sollinger, author of the Obama campaign memoir From Inspiration to Activism, and radio host Carol Koby!

About From Inspiration to Activism: Mary’s years of fundraising experience culminated in an incredible opportunity to host a fundraiser at her home with Senator Obama in the fall of 2007. Mary believed in all that he stood for and knew that she needed to do whatever it took to help Senator Obama and others seek political office.

Mary was recently named as was named as a finalist in the Chicago Writers Association's Book of the Year Award for Indie Nonfiction.

Carol Koby recently retired as Executive Producer and Host of All About Living, a weekly radio she hosted for 18 years on Mid-West Family Broadcasting stations. Previously, Carol moderated Picture of Health, a cable television series produced by the University of Wisconsin Hospital and Clinics. In earlier years, Carol Koby was the first women’s director and a news reporter at WITI-TV, Channel 6, in Milwaukee, and consumer advocate, news reporter, and public affairs moderator for WKOW-TV, Channel 27, in Madison.

UPDATE: Two copies of From Inspiration to Activism will be given away to attendees during this event!