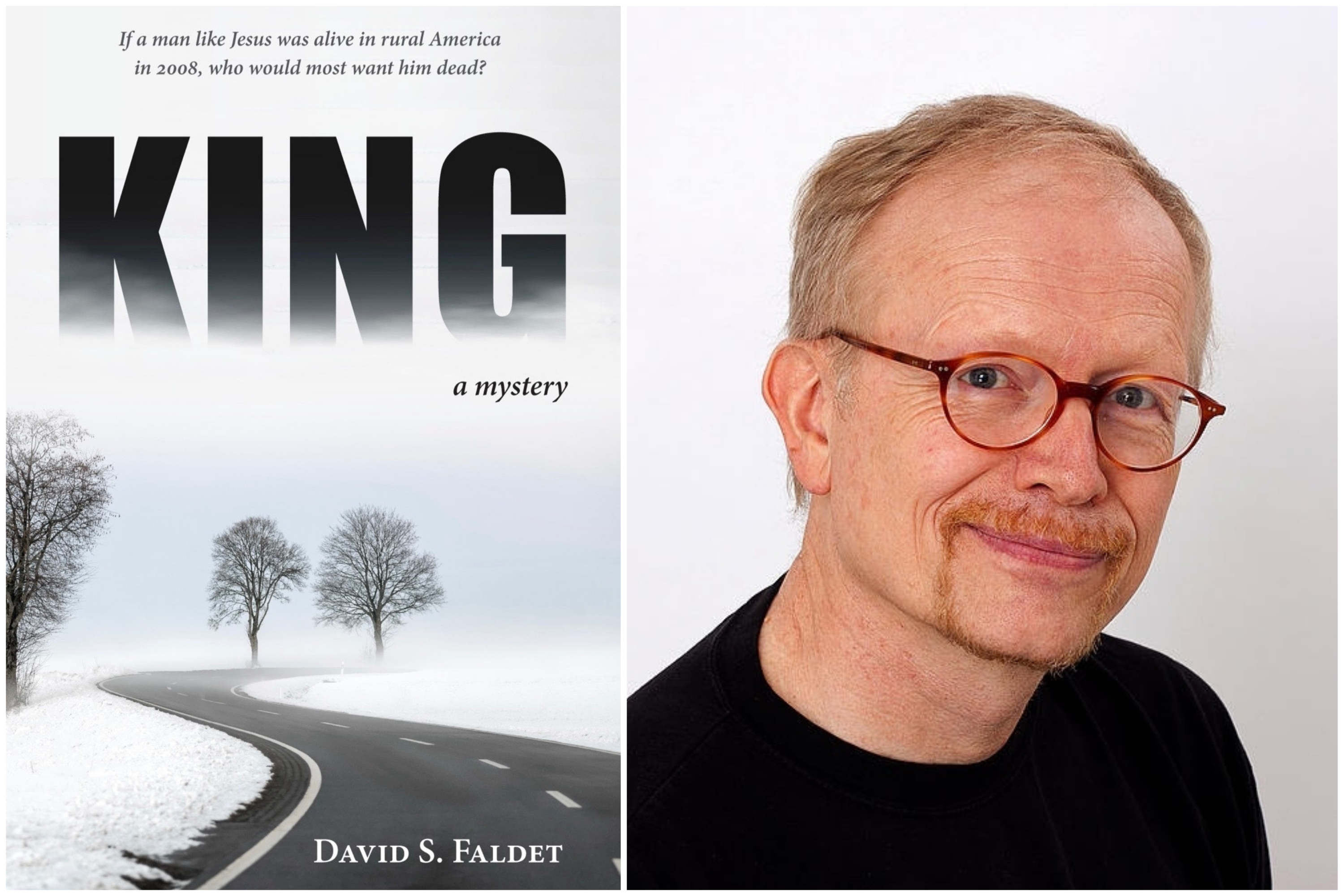 A Room of One's Own welcomes David Faldet, author of King: A Mystery!

In a startling recasting of gospel materials, David Faldet’s King: A Mystery imagines the Upper
Midwest as the Holy Land, and asks “If a man like Jesus was alive in rural America in 2008, who would most want him dead?” In the novel, a whodunit, night watchman Arnie Mikesh unravels the questions surrounding the death of religious leader Joshua King. The stories Mikesh learns echo both reverently and irreverently the material of the New Testament. The novel is centered in the Driftless Area of northeastern Iowa at the low point of Great Recession, a year of weather extremes and catastrophic floods.

The fifth generation of his family to live in the Driftless Area, David Faldet isn’t afraid frame his big picture view of the world through a rural lens. He grew up, attended college, and now teaches in Decorah, Iowa. He earned his Master’s at the University of Washington, his doctorate at the University of Iowa, and has spent five years in study, teaching and travel in Great Britain. He and his wife Rachel (a teacher, writer, and editor) have two adult daughters.