David Benjamin, author of Almost Killed By a Train of Thought 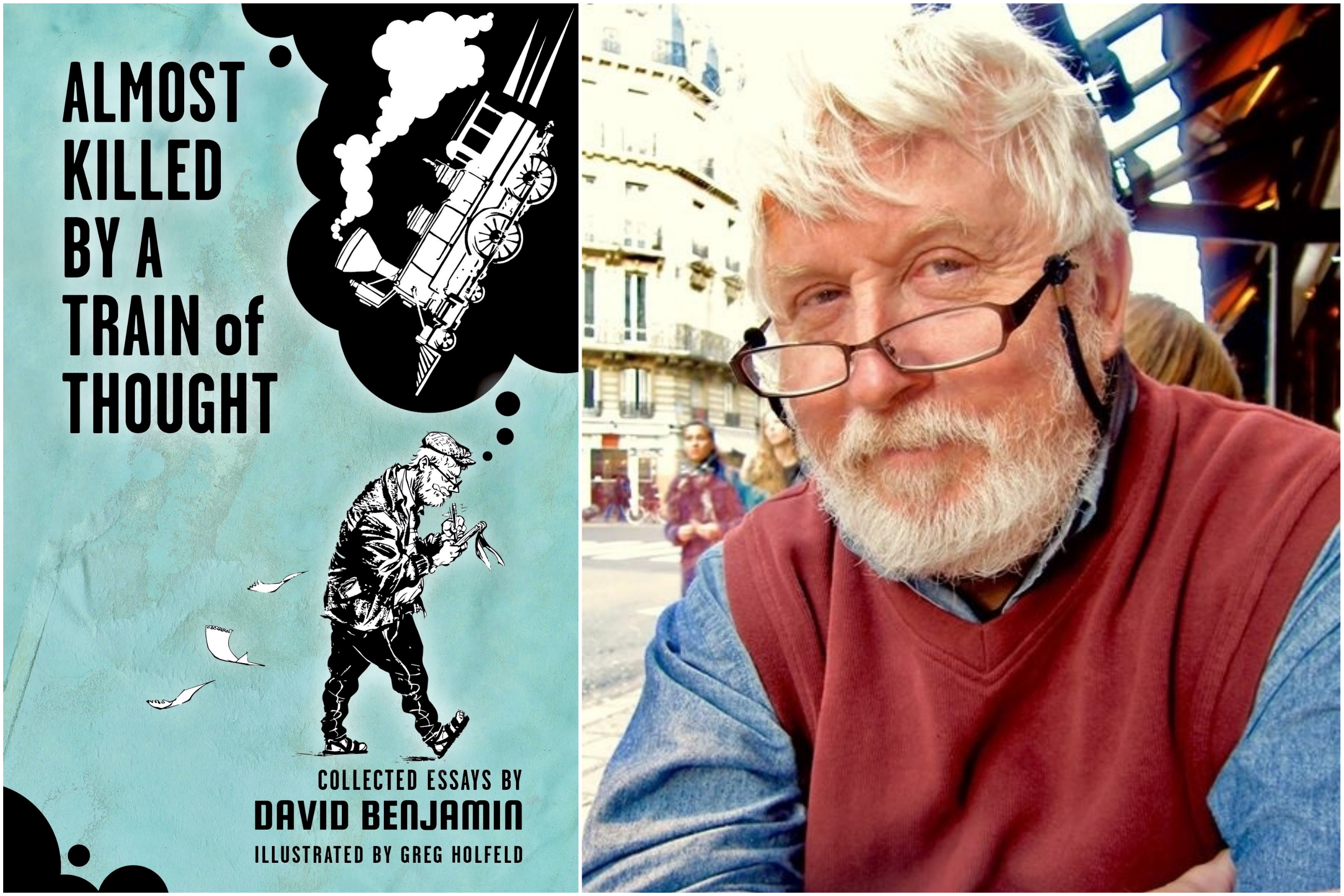 A Room of One's Own welcomes David Benjamin, author of Almost Killed By A Train of Thought and more!

Known for a witty, offbeat writing style, David Benjamin splits his time between homes in Madison, Wisconsin and Paris, France. Credits include journalist, editor, ghost-writer, novelist, satirist, essayist, columnist,travel writer and theater critic. He has written 7 books, three of which were recently released under his own imprint: Last Kid Books. That name comes from his hit book, The Life and Times of The Last Kid Picked, bought by Random House several years ago.