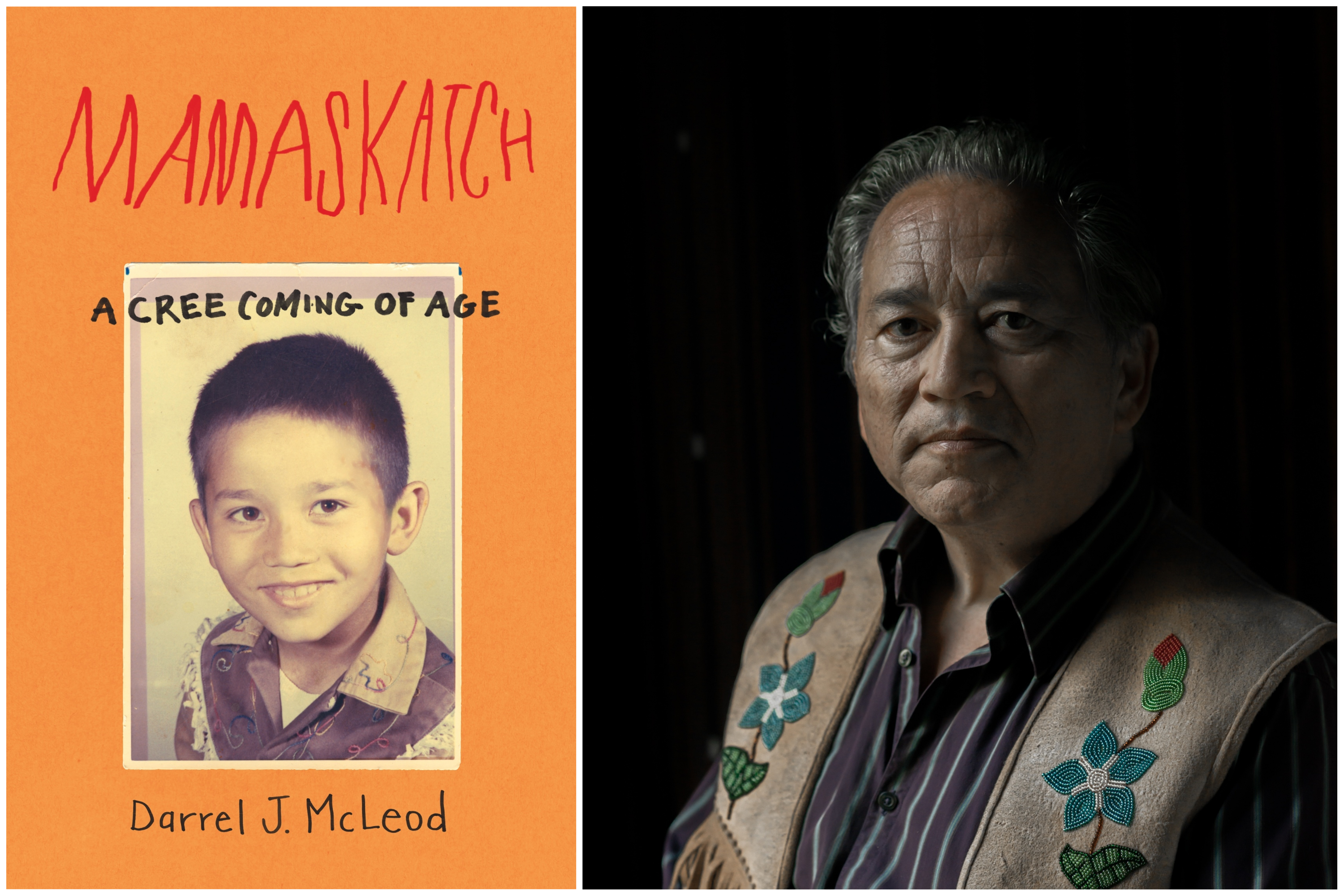 A Room of One's Own is thrilled to welcome Darrel McLeod, author of Mamaskatch!

As a small boy in remote Alberta, the author was immersed in his Cree family’s history, passed down in the stories of his mother, Bertha. But after a series of tragic losses, Bertha turned wild and unstable, and their home life became chaotic. Thrillingly written in a series of fractured vignettes, and unflinchingly honest, Mamaskatch—“It’s a wonder!” in Cree—is a heartbreaking account of how traumas are passed down from one generation to the next, and an uplifting story of one individual who overcame enormous obstacles in pursuit of a fulfilling and adventurous life.

Darrel J. McLeod is Cree from treaty eight territory in Northern Alberta. His first book, Mamaskatch, received the Governor General’s Literary Award for Nonfiction. Before deciding to pursue writing in his retirement, he was a chief negotiator of land claims for the federal government and executive director of education and international affairs with the Assembly of First Nations. He holds degrees in French literature and education from the University of British Columbia. He lives in Sooke, British Columbia.

“Powerful and overdue . . . The hard and brilliant life breathing on [these] pages brought me to tears, to joy, and to grace.” —Terese Marie Mailhot, author of Heart Berries

“Lyrically written and linked by family, compassion, forgiveness, and hope, Mamaskatch sings out as a modern-day celebration of healing.” —Kirkus (starred review)

“McLeod's story is a close-up of the continuing effects of manifest destiny . . . Readers will appreciate McLeod's hard-won peace.” —Booklist