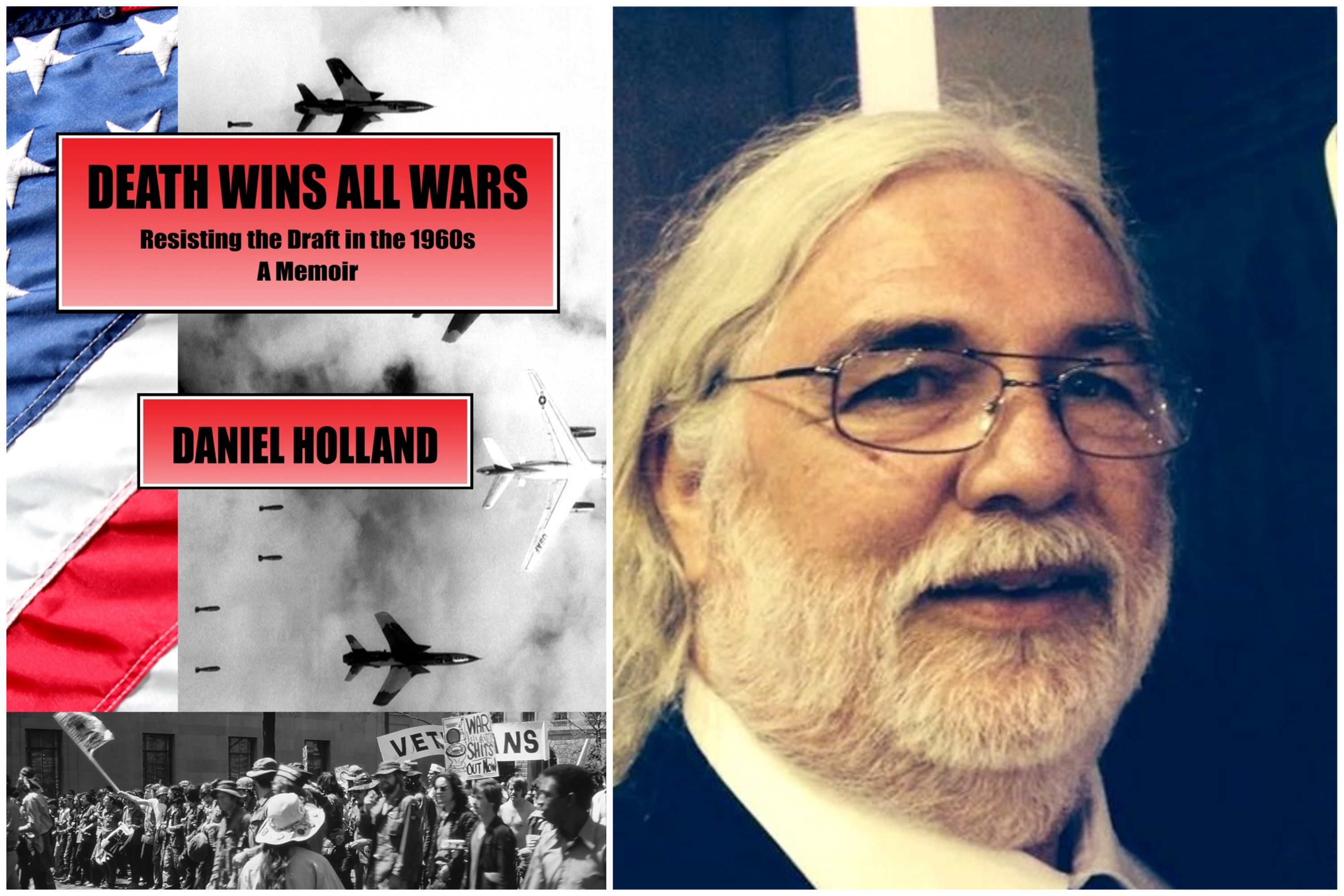 A Room of One's Own welcomes Daniel Holland, author of Death Wins All Wars!

While Death Wins All Wars details Holland's involvement in the draft resistance movement of the
1960s, the impetus to share his story now comes from the dangerous new president and congress
that have taken control of the United States government. There is no telling how quickly they
will plunge our nation into war. People who are of age to fight in the wars of today were not yet
born when the lessons of Vietnam were being learned, so this book may serve as a guide to the
decisions they face in today’s volatile world. Chapters highlighting the headlines and
breaking news of the time alternate with coming-of-age rites of passage as Holland's personal
memories and current reflections on those events portray a growing consciousness and his
evolution of youthful naiveté into committed antiwar activism.

Daniel Holland has held a litany of day jobs for writers from longshoreman to drivers ed instructor, day care teacher to garbage collector, artist’s model to art school administrator, all while observing the intimacies of the human condition. In 1985 he won the Milwaukee Irish Fest poetry competition, featuring a first prize of a Waterford Crystal beer mug with a lifetime refill at the Gordon Park Pub. During that first year, he exceeded the cash value of the Pulitzer Prize in free beer while working on his epic poem, “A Thousand Beers of Solitude,” which is a work in progress.

Death Wins All Wars: Resisting the Draft in the 1960s, a Memoir (Paperback)