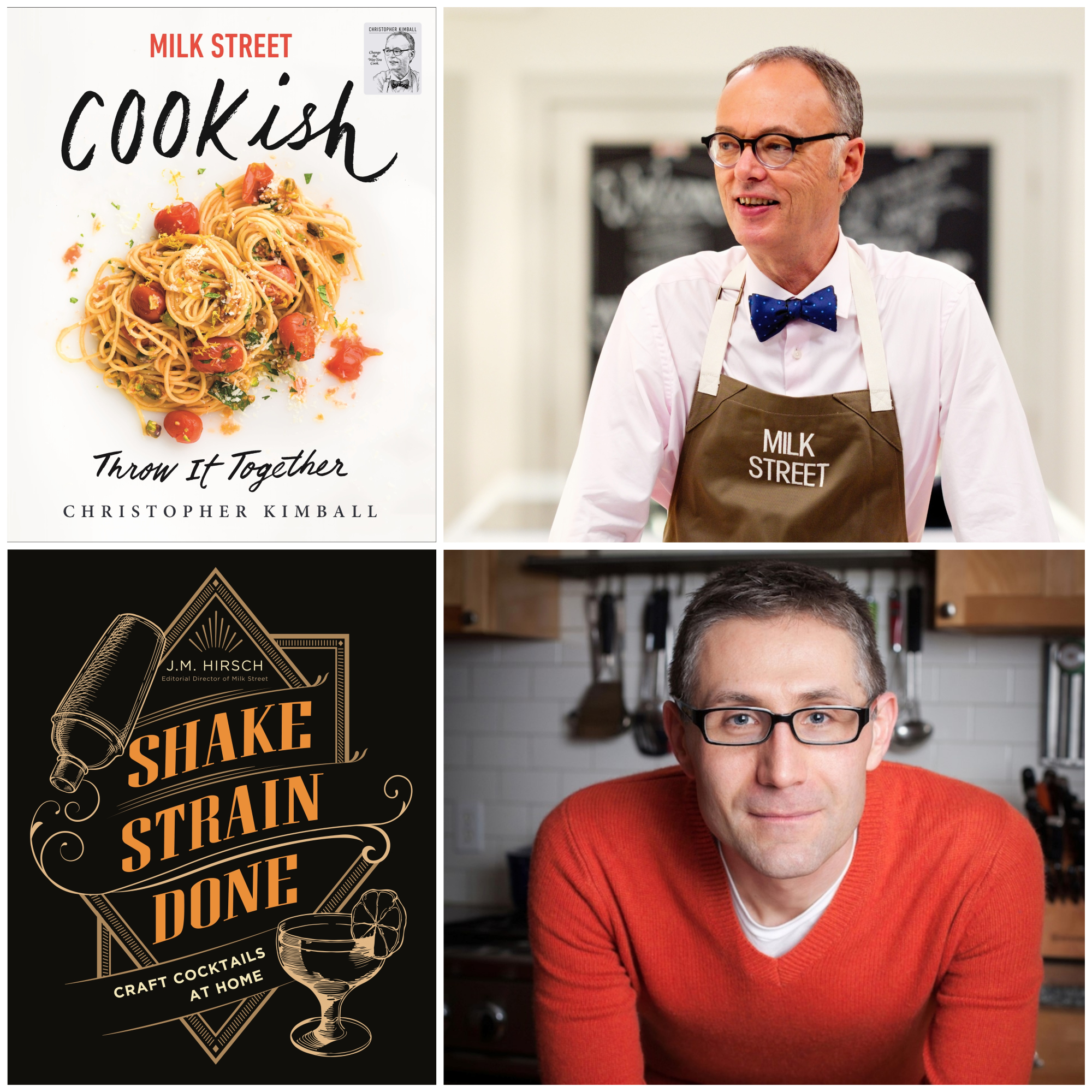 Room of One's Own event fans will remember our greatest heartbreak of 2019, when some typically Wisconsin inclement weather denied us an in-store cooking presentation by Milk Street's Christopher Kimball. Almost a year later, we have a thrilling two-for-one special to announce: Christopher (presenting the new cookbook Cookish) and fellow cooking genius J.M. Hirsch (presenting his cocktail recipe collection Shake Strain Done) will call in to show us some fresh recipes via Zoom!

In Cookish, Christopher Kimball and his team of cooks and editors harness the most powerful cooking principles from around the world to create 200 of the simplest, most delicious recipes ever created. These recipes, most with six or fewer ingredients (other than oil, salt, and pepper), make it easy to be a great cook — the kind who can walk into a kitchen and throw together dinner in no time.

Are you done with generic gin and tonics, mediocre Manhattans and basic martinis? J. M. Hirsch shows you how to use pantry staples and basic liquors to produce more than 200 game-changing craft cocktails worthy of a seat at the bar. Many cocktail books call for hard-to-find ingredients and complicated techniques that can frustrate home cocktail makers. With the classic Milk Street simplicity and a focus on flavor, Shake Strain Done proves anyone can craft speakeasy-worthy cocktails.

Christopher Kimball's Milk Street is located in downtown Boston -- at 177 Milk Street -- and is home to a cooking school, a bimonthly magazine, and public television and radio shows. They are the authors of Milk Street: The New Rules, The Milk Street Cookbook, and Milk Street: Tuesday Nights, which won both the IACP and James Beard Awards for General Cooking.

J.M. Hirsch is a James Beard Award-winning food and travel writer. He is editorial director of Christopher Kimball's Milk Street, a Boston-based food media company with a 140,000-circulation print magazine, award-winning cookbooks and public television and radio shows that reach millions of viewers and listeners. His previous cookbooks include High Flavor, Low Labor and Beating the Lunchbox Blues. He is the former national food editor for The Associated Press and lives in New Hampshire with his son, husband and two cats.