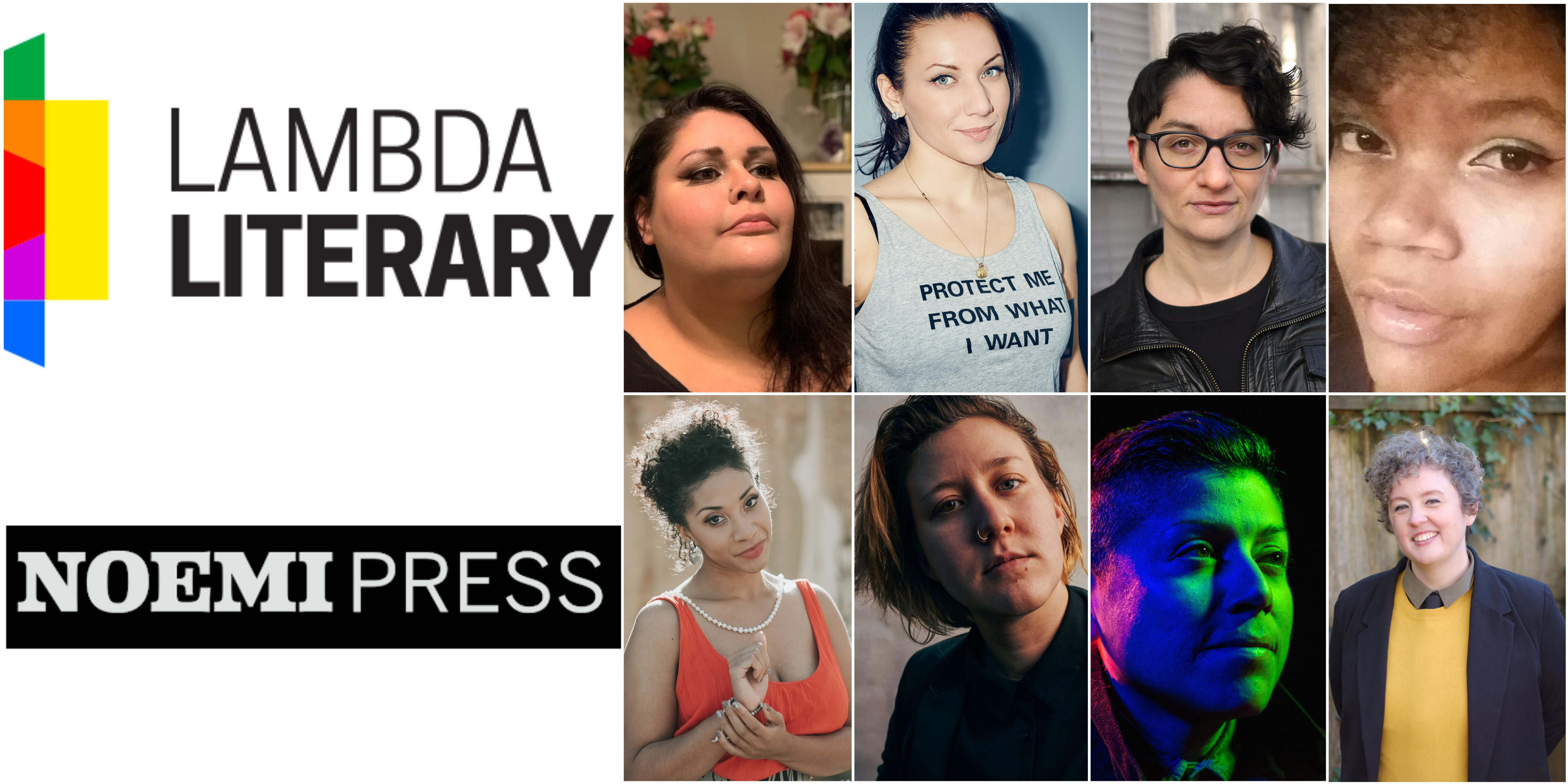 Khalisa Rae is a poet and journalist in Durham, NC that speaks with furious rebellion. She is the author of Ghost in a Black Girl's Throat (Red Hen Press 2021). Her essays are featured in Autostraddle, Catapult, LitHub, as well as articles in B*tch Media, NBC-BLK, and others. Her poetry appears in Frontier Poetry, Florida Review, Rust & Moth, PANK, Hellebore, Sundog Lit, HOBART, among countless others. She is the winner of the Bright Wings Poetry contest, the Furious Flower Gwendolyn Brooks Poetry Prize, and the White Stag Publishing Contest, among other prizes. Currently, she serves as Assistant Editor for Glass Poetry and founder of Think in Ink and Women Speak. Her second collection Unlearning Eden is forthcoming from White Stag Publishing January 2022. Follow here at @k_lisarae on Twitter.

Melissa Febos is the author of the memoir Whip Smart and two essay collections: Abandon Me, a Lambda Literary Award finalist and Publishing Triangle Award finalist, and Girlhood, a National Bestseller, which was released on March 30. Catapult will publish a collection of her craft essays, Body Work, in March of 2022.The inaugural winner of the Jeanne Córdova Nonfiction Award from Lambda Literary and the recipient of fellowships from The MacDowell Colony, Bread Loaf, Lower Manhattan Cultural Council, The BAU Institute, Vermont Studio Center, The Barbara Deming Foundation, and others; her essays have appeared in The Paris Review, The Believer, McSweeney’s Quarterly, Granta, Tin House, The Sun, and The New York Times. She is an associate professor at the University of Iowa, where she teaches in the Nonfiction Writing Program.

Melissa Faliveno is the author of the bestselling essay collection Tomboyland, named by NPR, New York Public Library, Oprah Magazine, and Electric Literature as a Best Book of 2020. Her essays and interviews have appeared in Esquire, Paris Review, Bitch, Ms., Lit Hub, Brooklyn Rail, and Prairie Schooner, among others, and received a notable selection in Best American Essays. The former senior editor of Poets & Writers Magazine, she has taught nonfiction writing at Sarah Lawrence College and Catapult in New York City, and is currently the Kenan Visiting Writer at the University of North Carolina–Chapel Hill.

Emilia Phillips (she/they) is the author of four poetry collections from the University of Akron Press, including Embouchure (2021), and four chapbooks. Winner of a 2019 Pushcart Prize and a 2019–2020 NC Arts Council Fellowship, Phillips’s poems, lyric essays, and book reviews appear widely in literary publications including Agni, American Poetry Review, Gulf Coast, The Kenyon Review, New England Review, The New York Times, Ploughshares, and elsewhere. She’s a faculty member in the MFA Writing Program and the Department of English and cross-appointed faculty in Women’s, Gender, and Sexuality Studies Program at UNC Greensboro.

Ashley Elizabeth (she/her) is a writing consultant, teacher, and writer. Her works have appeared in SWWIM, Santa Fe Writers Project, and Kissing Dynamite, among others. Her first chapbook collection, you were supposed to be a friend, is available from Nightingale & Sparrow. When Ashley isn't teaching, serving as assistant editor at Sundress Publications, or working as a co-founder of the Estuary Collective, providing low to no cost programming and a safe space for BIPOC writers, she habitually posts on Twitter and Instagram (@ae_thepoet). She lives in Baltimore, MD with her partner and their cat.

Sofia Fey is a Queer and Non-Binary writer living in LA. Currently, they are the founder of the Luminaries Poetry workshop, eic at Cabaret Contributor’s Journal, poetry editor at Hooligan Magazine, a reader for Stone of Madness Press and Kissing Dynamite, and columnist at The Poetry Question. Their poems have appeared in CP Quarterly, The Aurora Review, Rejection Letters, and others. They tweet @sofiafeycreates

Raquel Gutiérrez is an essayist, arts critic/writer, and poet. Born and raised in Los Angeles they currently live in Tucson, Arizona where they just completed two MFAs in Poetry and Non-Fiction from the University of Arizona. Raquel is a 2017 recipient of the Creative Capital | Andy Warhol Foundation Arts Writers Grant. Raquel also runs the tiny press Econo Textual Objects (est. 2014), which publishes intimate works by QTPOC poets. Their poetry and essays have appeared or are forthcoming in Los Angeles Review of Books, The New Inquiry, FENCE, Huizache, The Georgia Review, The Texas Review and Hayden’s Ferry Review. Raquel’s first book of prose, Brown Neon, will be published by Coffee House Press in the Spring of 2021. And Raquel's first book of poetry, Southwest Reconstruction, will be published by Noemi Press in 2022.

Suzi F. Garcia is the author of the chapbook A Home Grown Fairytale (Bone Bouquet 2020). The daughter of a Peruvian immigrant, raised in Arkansas, she has an MFA in Creative Writing with minors in Screen Cultures and Gender Studies. Her writing has been featured or is forthcoming from POETRY Magazine, the Offing, Vinyl, Fence Magazine, and more. Suzi is a CantoMundo Fellow, a Macondista, and participated in the first ever Poetry Incubator at the Poetry Foundation. She is an Executive Editor at Noemi Press and the Online Editor for the Michigan Quarterly Review, and she currently serves as the CantoMundo Regional Chair for the Midwest.