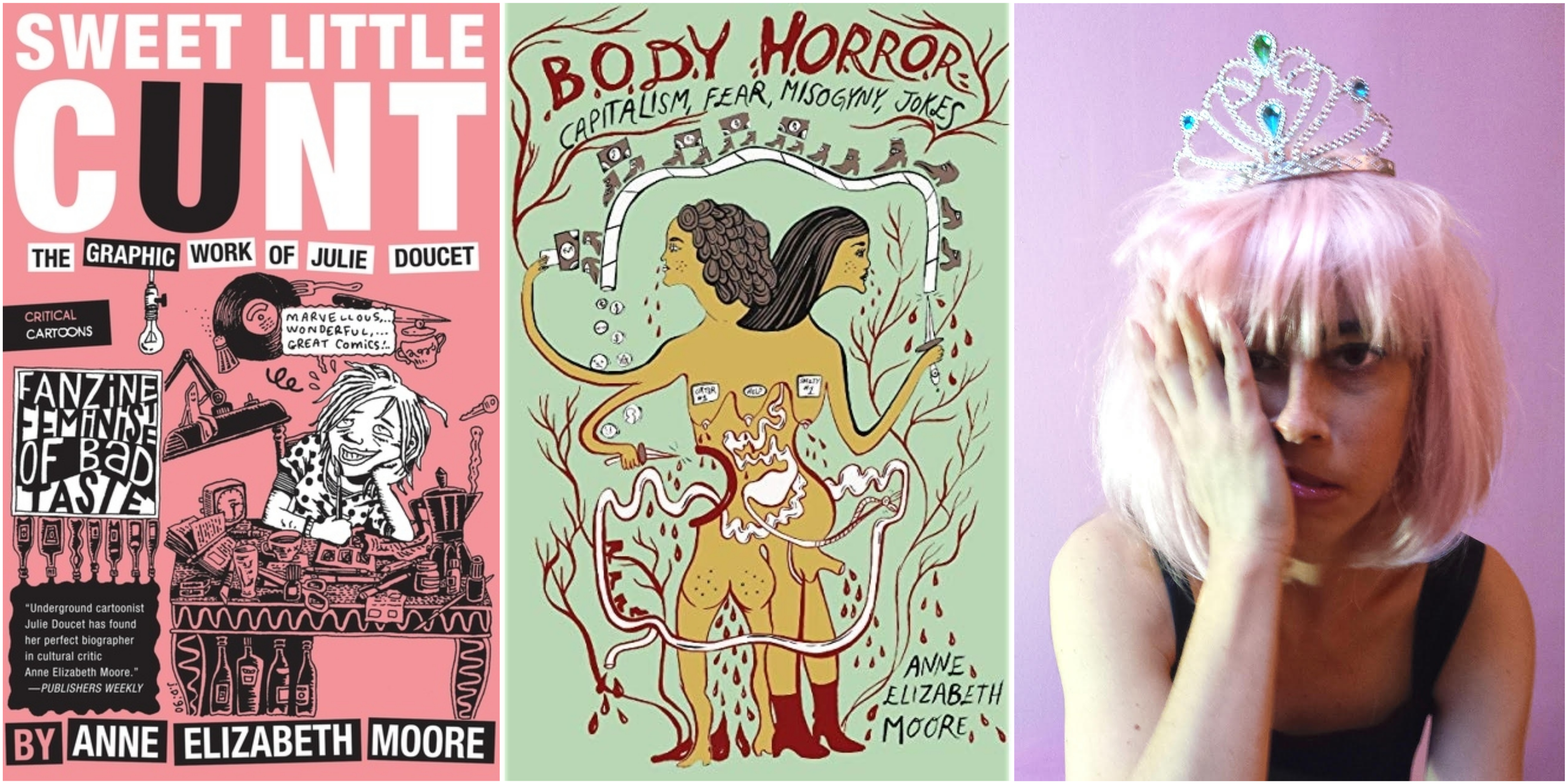 About Sweet Little Cunt: Long considered one of the most influential women in American independent comics,—although she left the field, and is Canadian—Julie Doucet finally receives a full-length critical overview of her work, from a noted chronicler of independent media and critical gender theorist. Doucet’s particular ingenuity and success, however, challenge the field of comics to reconsider its critical tendencies, and the cartoonist’s work additionally merits new models for addressing creator contributions. Grounded in a discussion of mid-1990s independent media and the corollary discussion of women’s rights that fostered it, this book addresses longstanding questions about Doucet’s role as a feminist figure, master of the comics form, and object of masculine desire, primarily by situating her oeuvre within a discussion of female-identified critics and comics creators.

In Body Horror: Capitalism, Fear, Misogyny, Jokes, award-winning journalist and Fulbright scholar Anne Elizabeth Moore explores the global toll of capitalism on women with thorough research and surprising humor. The essays range from probing journalistic investigations, such as Moore’s reporting on the labor conditions of the Cambodian garment industry, to the uncomfortably personal, as when Moore examines her experiences seeking care and community in the increasingly complicated (and problematic) American healthcare system.