ALLEGIANCE TO WINDS AND WATER: ANNE WINKLER-MOREY In Conversation with BETH MILLER 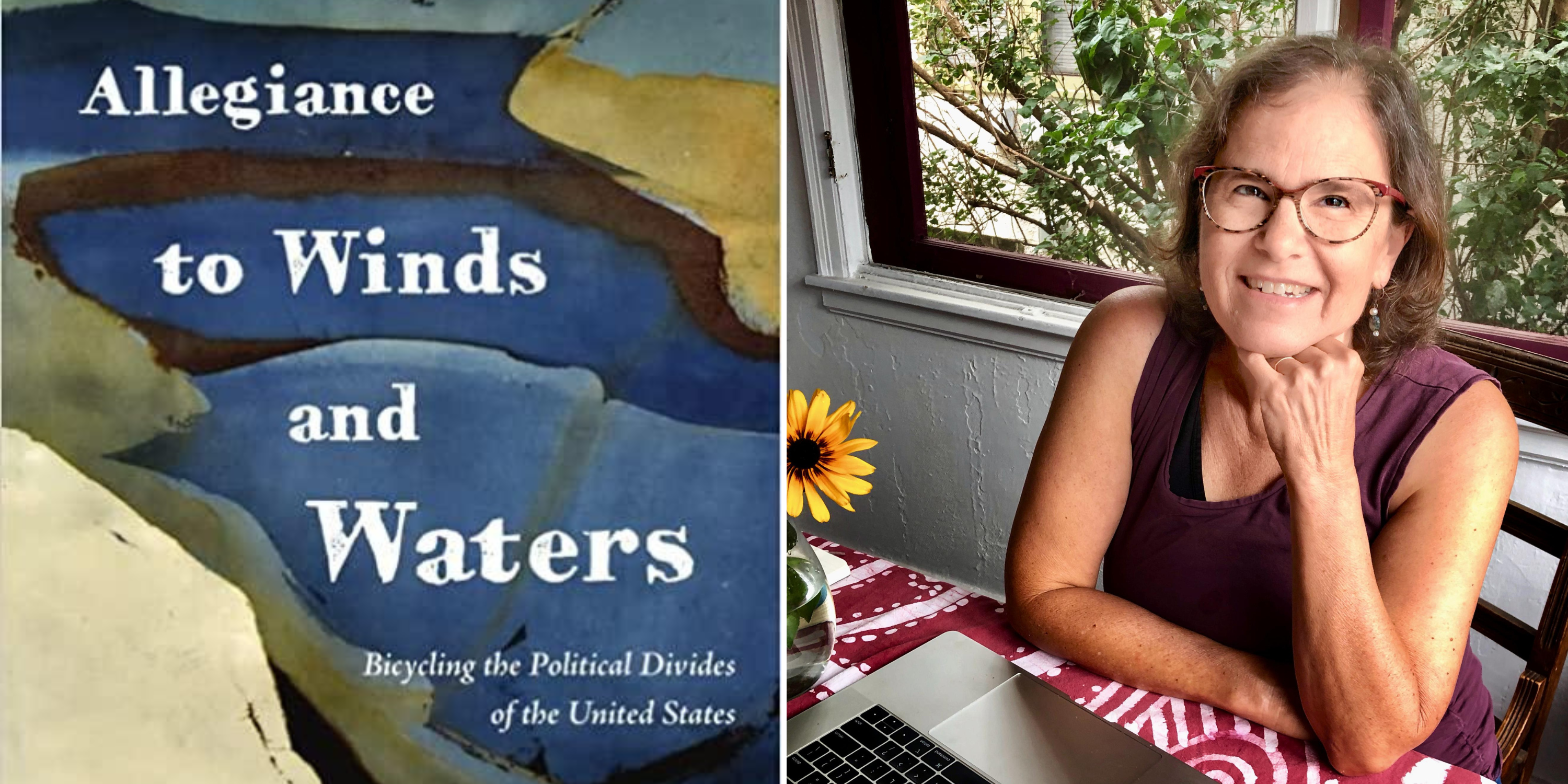 A Room of One's Own welcomes Anne Winkler-Morey for a discussion of her book, Allegiance to Winds and Waters: Bicycling the Political Divides of the United States, with guest Beth Miller.

This event is in person on our back patio.

In this personal/political memoir, historian Anne Winkler-Morey chronicles her 12,000-mile bike trip around the contiguous United States. Over the fourteen months tour, she collects hundreds of stories of people and places. She discovers US regions that are unique in beauty and culture but similar in what ails them: unsustainable economies, gaping inequities, and people with crippling fears of those outside their borders. She explores the question, what makes us safe, concluding that the walls we construct make us more vulnerable. True security comes not from guns, armies, and patriotic slogans. Healing requires exposing our historical traumas, engaging in reparations, and building our commons. Allegiance mixes the angst and hilarious misadventures of an unlikely bicyclist, poignant stories of the strangers she meets, and acute observations of a historian and social activist.

Anne Winkler-Morey has a PhD from the University of Minnesota and taught history and ethnic studies at colleges and Universities in the Twin Cities for three decades. In the 1980s she was the Director of the Central America Resource Center in Minneapolis and in 2010 she was instigator of the National Ethnic Studies Week. Her Minneapolis Interview Project includes 100 life stories with a social justice lens. She lives in Minneapolis with her spouse, David. In 2011-2012, they rode the contiguous perimeter of the United States. Allegiance to Winds and Waters: Bicycling the Political Divides of the United States is her story of that trip.

Beth Miller has been a bilingual elementary teacher in Madison for 20 years and an architectural historian for nearly 40 years. She is committed to social justice, civil rights, and public education. Miller and Winkler-Morey have been friends for more than 50 years.

Allegiance to Winds and Waters: Bicycling the Political Divides of the United States (Paperback)