A Season in the Sun: The Inside Story of Bruce Arians, Tom Brady, and the Making of a Champion (MP3 CD) 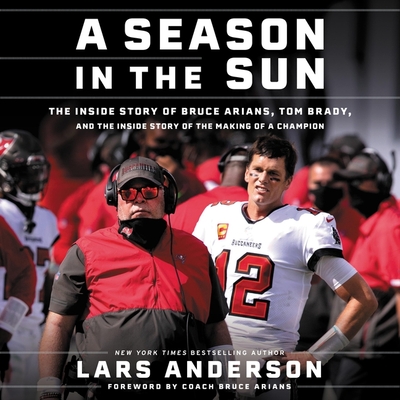 By Lars Anderson, Roger Wayne (Read by)
$41.99
This item is out of stock with our warehouse. Some recently published books may be in stock @ Room. Email to check.

A Season in the Sun is the behind-the-scenes story of how Coach Bruce Arians, Tom Brady, and the Tampa Bay Bucs came together to deliver one of the most improbable Super Bowl victories in NFL history.

The story begins with how Arians successfully landed Brady, who became a free agent in March 2020 after spending two decades with the New England Patriots. Brady proceeded to help sway other players such as the retired tight end Rob Gronkowski, running back Leonard Fournette, and wide receiver Antonio Brown to join him in Tampa. All three players would go on to score touchdowns in Super Bowl LV.

It was during their bye week in November that the Bucs transformed into a legitimate title contender. At the time Tampa was 7-5 and on a three-game losing streak. A Season in the Sun reveals how Arians, Brady, and offensive coordinator Byron Leftwich made critical adjustments that were so effective the Bucs would not lose another game the rest of the season. At age forty-three, for the first time in his career, Brady essentially became a player-coach, and his unique bond with Arians, who returned to coaching after retiring in 2018, became the solid foundation beneath the Bucs' drive to ultimate victory.

Inspiring and revealing, A Season in the Sun is an iconic sports story of second chances and new beginnings, and a tribute to a truly legendary coach, quarterback, and team.