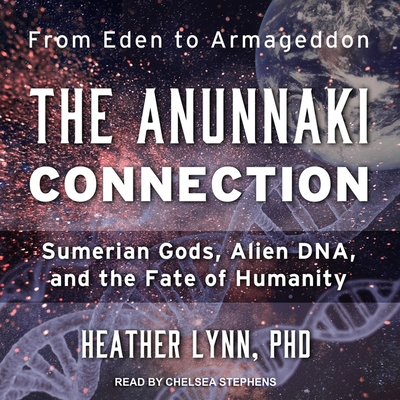 By Chelsea Stephens (Read by), Heather Lynn
$24.99
This item is out of stock with our warehouse. Some recently published books may be in stock @ Room. Email to check.

Over 6,000 years ago, the world's first civilization, the Sumerians, were recording stories of strange celestial gods who they believed came from the heavens to create mankind. These gods, known as the Anunnaki, are often neglected by mainstream historians. The Sumerians themselves are so puzzling; scholars have described their origin as The Sumerian Problem. With so little taught about the ancient Sumerians in our history books, alternative theories have emerged. This has led many to wonder, What is the true story behind the Sumerians and their otherworldly gods, the Anunnaki? In The Anunnaki Connection, Heather Lynn connects a diverse range of new and existing theories about the Anunnaki, offering a definitive guide to Mesopotamian gods while exploring what role they might have played in engineering mankind. The Anunnaki Connection traces the evolution of gods throughout the Ancient Near East, analyzing the religion, myth, art, and symbolism of the Sumerians, investigating: Who are the Anunnaki? How accurate are the current Sumerian text translations, and how do we know for sure who to believe? Is there a connection between the Anunnaki and other ancient gods? What about demons? Where are the Anunnaki now, and will their possible return spell the end of our world?