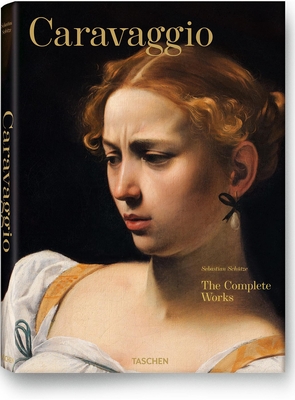 Sublime blasphemy? The complete oeuvre of the dark genius who revolutionized European painting Caravaggio, or more accurately Michelangelo Merisi da Caravaggio (1571-1610), was a legend even in his own lifetime. Celebrated by some for his naturalism and his revolutionary pictorial inventions, he was considered by others to have destroyed painting. Few other artists have provoked such controversy and so many contradictory interpretations right up to modern times.

On the heels of Caravaggio year 2010, this work offers a comprehensive reassessment of Caravaggio's entire oeuvre, with a catalogue raisonn of his works. Five introductory chapters analyze his artistic career from his training in Lombard Milan and his triumphal rise in papal Rome, up to his dramatic final years in Naples, Malta, and Sicily. The spotlight thereby falls upon the radical nature and innovative force of Caravaggio's art and its influence in all of Europe.

Our understanding of Caravaggio's work has been substantially broadened in recent decades by major exhibitions, restoration campaigns, new attributions and archival discoveries. The new catalogue raisonn offers a detailed overview of the artist's entire oeuvre based on the latest research. Every painting is reproduced in large-scale format, with spectacular details that offer dramatic close-ups and set new standards in print quality. A new photographic campaign has been undertaken, enabling the smallest details to be reproduced on a large scale for the first time. They reveal all the more clearly Caravaggio's virtuosity and his enormous ability to capture the viewer's attention and to build a communicative bridge between the worlds of picture and viewer. Sequences of spectacular details grouped by subject allow us to experience Caravaggio's ingenious rhetoric of looks and gestures and their theatrical staging in paint.

Sebastian Schutze was a longtime research fellow at the Bibliotheca Hertziana (Max Planck Institute for Art History) in Rome. He is a member of the academic board of the Istituto Italiano per gli Studi Filosofici in Naples and of the Institut europeen d'histoire de la Republique des Lettres in Paris. From 2003 to 2009 he held the Bader Chair in Southern Baroque Art at Queen's University in Kingston. In 2009 he was appointed Professor of Early Modern Art History at Vienna University.