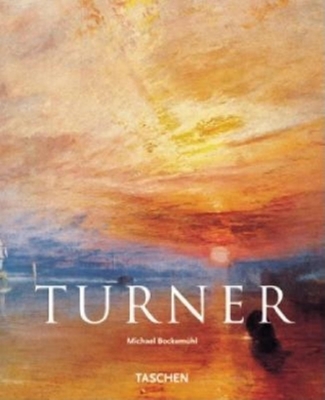 By Michael Bockemuhl
$9.99
This item is out of stock with our warehouse. Some recently published books may be in stock @ Room. Email to check.

The innocence of the eye As a blind person would see the world if the gift of sight suddenly returned - so might one describe the effect of Turner's paintings on the observer. John Ruskin, the uncompromising nineteenth-century defender of the painting of William Turner (1775-1851) spoke of the 'innocence of the eye', which perceived the colours and forms of the world before it recognized their significance.

But in order to develop such a style, Turner first had to overcome the entire legacy of late rococo academic teachings. He was simultaneously a romantic and a realist - and yet he was neither. His landscapes, far in advance of their time, have been called forerunners of Impressionism, but they also possess traits that influenced Expressionism, and many of his late compositions are thoroughly surrealistic.

In reality, Turner's art cannot be comprehended by such classifications: its essence remains a riddle to art history even today. For his work arises from a unique relation to the nature that it depicts: through his brilliant sketches, he found his way already in the 19th century to a rigorously open kind of painting in which nature sets free the use of colour. And through the workings of the natural elements - especially atmospheric light - Turner confronted nature at the point where nature itself is an image.

This book provides the understandings necessary to open up Turner's paintings for the eye, demonstrating that Turner was not simply illustrating nature, but that his pictures speak directly to the eye as nature does itself - through a world of light and colour. About the Series:
Each book in TASCHEN's Basic Art Series features:

Michael Bockemuhl (b. 1943) studied art history, philosophy and ecclesiastical history in Munich and Bochum. He qualified as a professor in 1984 at the Ruhr University, and lecturered in the history of the art of late antiquity, the Middle Ages and the early modern age. In 1990 he was awarded a chair in the science of art, aesthetics and art education by Witten Herdecke University. His TASCHEN monographs include "Rembrandt" (1991) and "William Turner" (1991).