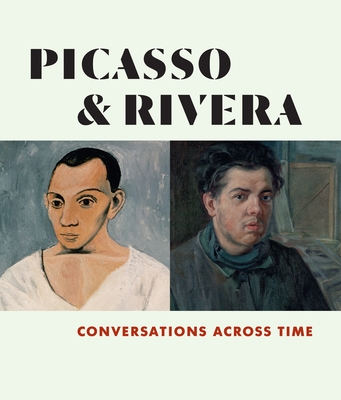 Examining the artistic development of Pablo Picasso and Diego Rivera, two towering figures in the world of modern art, this generously illustrated book tells an intriguing story of ambition, competition, and how the ancient world inspired their most important work. Picasso and Rivera: Conversations Across Time explores the artistic dialogue between Pablo Picasso and Diego Rivera that spanned most of their careers. The book showcases nearly 150 iconic paintings, sculptures, and prints by both artists, along with objects from their native ancient Mediterranean and Pre- Columbian worlds. It gives an overview of their early training in national academies; important archaeological discoveries that occurred during their formative years; and their friendly and adversarial relationship in Montparnasse. A series of essays accompanies the exquisitely reproduced works, allowing readers to understand how the work of each artist was informed by artworks from the past. Picasso drew upon Classical art to shape the foundations of 20th-century art, creating images that were at once deeply personal and universal. Meanwhile, Rivera traded the abstractions of European modernism for figuration and references to Mexico’s Pre-Columbian civilization, focusing on public murals that emphasized his love of Mexico and his hopes for its future. Offering valuable insight into the trajectory of each artist, this book draws connections between two powerful figures who transformed modern art.

Michael Govan is the CEO and Wallis Annenberg Director at the Los Angeles County Museum of Art.

"The new blockbuster exhibition at LACMA, Picasso & Rivera: Conversations across Time, not only presents a number of the major works of both artists, but also juxtaposes their artworks with excellent examples of Greco-Roman antiquities along with Pre-Columbian Aztec sculptures. There is a must-read scholarly catalogue with a treasure trove of information about both artists."

—Edward Goldman, KCRW
"Picasso and Rivera, Conversations Across Time is an extraordinary examination of parallel paths of two phenomenal artists, their work, and their seminal effect, which extends to the present day."