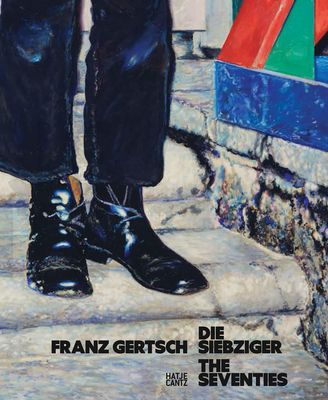 In 1969, Franz Gertsch (born 1930) painted Huaa... , depicting a man on horseback, wildly galloping, which was base on a film still found in a magazine. Photographs have formed the basis for his work ever since. Generally produced by Gertsch himself, and included in this new survey of his early career, these photographs range from snapshots of the young Gertsch family, pictures from a trip to the South of France, photos of his encounters with Luciano Castelli and his dazzling circle of friends, and portraits of Patti Smith.

Published in the year of the artist's 90th birthday, Franz Gertsch: The Seventies presents a selection of key works from the 1970s, reproduced both in full and with details at original size. Zeroing in on these almost abstract-looking details reveals the vibrant virtuosity of the paintings and their shimmering surfaces.