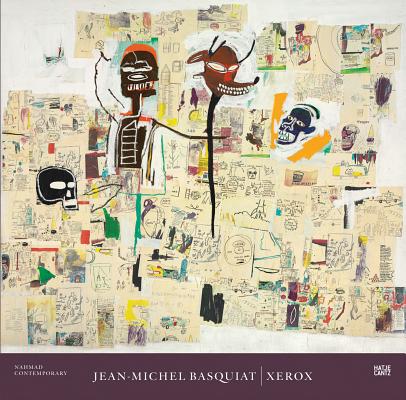 Jean-Michel Basquiat: Xerox provides the first concentrated examination of the extraordinary body of work that the artist created using Xerox copies as his principal medium and compositional focal point. These immersive, collaged Xerox paintings epitomize Basquiat's extraordinary instinct for visual language. Their raw, allover compositions incorporate recycled and transformed signs and markings from the artist's everyday experiences, including motifs from his earlier artworks.

The intricate web of content in this series presages the copy-paste sampling characteristic of the subsequent internet and post-internet generations, positioning Basquiat as a pioneer of the pre-digital age. Jean-Michel Basquiat (1960-88) grew up in Brooklyn. Notoriety came early, from his street paintings made under the tag SAMO. Later he stormed the gallery world, and became an icon of New York's vibrant early-'80s downtown scene, a friend to and collaborator with Andy Warhol and Francesco Clemente, and the cover boy for a 1985 New York Times Magazine story on the new art market. He died following a heroin overdose at 27.

Rudy Chiappini is Director of the Lugano Modern Art Museum.