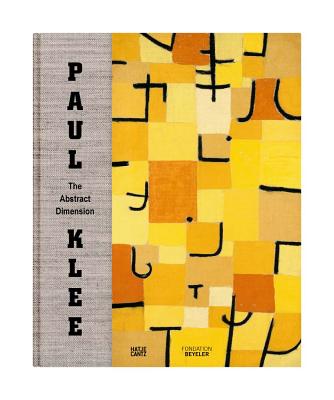 Among the nearly 10,000 works Klee created in the course of his career are some of the most pioneering and influential examples of modernist abstraction--works that continue to resonate today.

Starting in 1913, this book presents around 100 works from all periods of Klee's career, reproducing paintings and drawings from numerous renowned institutions and private collections in Europe and overseas. The works are grouped under four themes--nature, architecture, painting and graphic characters--that show how Klee constantly oscillated between the semi-representational and the absolute abstract.

Paul Klee (1879-1940) was born in Switzerland and studied at Munich's Academy of Fine Arts. Klee participated in several exhibitions between 1911 and 1913, but the breakthrough in his career was a 1914 trip to Tunis with August Macke and Louis Moillet, after which he painted his first abstract work. From 1919 he was represented by influential dealer Hans Goltz. Klee taught at the Bauhaus from 1921 to 1931; when the ascent of Nazism forced the closure of the Bauhaus, Klee emigrated to Switzerland. Although still working, he was in ill health until his death in 1940.