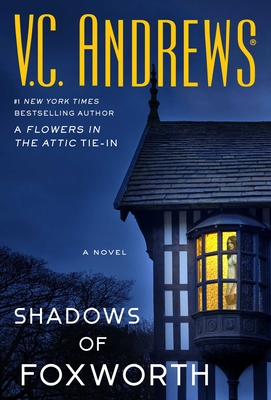 By V.C. Andrews
$9.99
This item is out of stock with our warehouse. Some recently published books may be in stock @ Room. Email to check.

This is book number 11 in the Dollanganger series.

Forbidden passions have been the hallmark of the Dollanganger clan since Flowers in the Attic debuted more than forty years ago. In this third book of a new related trilogy, witness the birth of the Dollanganger curse as Corrine Foxworth’s children learn that family is but destiny by another, crueler name.

As a young girl in France, Marlena Hunter’s life was a fairy tale. She had a talented artist for a father, a doting mother, and a brother she couldn’t be closer to. She loved her family; she just didn’t know what her family actually was.

When a car crash kills their parents, Marlena and Yvon lose not only France, but also their identity. Sent to Richmond, Virginia, they arrive at the home of two aunts they’ve never met before, who tell them that their true last name is Dawson, that their father had fled the family years back—and that now the family is calling in the debt.

Trapped in a mansion with as many secrets as rooms, Marlena yearns for escape. But in America, you can either make friends or make profit, and Yvon suddenly seems much more interested in the latter. While he is free to leave the house, Marlena is left to avoid lecherous tutors and the secretary-to-wife track expected of a woman. Caught between mastering the game to escape it and falling prey to its allure, she needs to learn fast—for Malcolm Foxworth has cast his eye in her direction. And no family name can protect her from the twisted roots of the Dollanganger family tree.

One of the most popular authors of all time, V.C. Andrews has been a bestselling phenomenon since the publication of Flowers in the Attic, first in the renowned Dollanganger family series, which includes Petals on the Wind, If There Be Thorns, Seeds of Yesterday, and Garden of Shadows. The family saga continues with Christopher’s Diary: Secrets of Foxworth, Christopher’s Diary: Echoes of Dollanganger, and Secret Brother, as well as Beneath the Attic, Out of the Attic, and Shadows of Foxworth as part of the fortieth anniversary celebration. There are more than ninety V.C. Andrews novels, which have sold over 107 million copies worldwide and have been translated into more than twenty-five foreign languages. Andrews’s life story is told in The Woman Beyond the Attic. Join the conversation about the world of V.C. Andrews at Facebook.com/OfficialVCAndrews.