All the White Spaces: A Novel (Paperback) 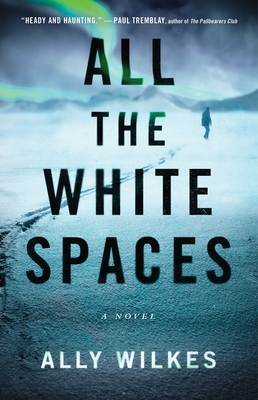 Something deadly and mysterious stalks the members of an isolated polar expedition in this haunting and spellbinding historical horror novel, perfect for fans of Dan Simmons’s The Terror and Alma Katsu’s The Hunger.

In the wake of the First World War, Jonathan Morgan stows away on an Antarctic expedition, determined to find his rightful place in the world of men. Aboard the expeditionary ship of his hero, the world-famous explorer James “Australis” Randall, Jonathan may live as his true self—and true gender—and have the adventures he has always been denied. But not all is smooth sailing: the war casts its long shadow over them all, and grief, guilt, and mistrust skulk among the explorers.

When disaster strikes in Antarctica’s frozen Weddell Sea, the men must take to the land and overwinter somewhere which immediately seems both eerie and wrong; a place not marked on any of their part-drawn maps of the vast white continent. Now completely isolated, Randall’s expedition has no ability to contact the outside world. And no one is coming to rescue them.

In the freezing darkness of the Polar night, where the aurora creeps across the sky, something terrible has been waiting to lure them out into its deadly landscape…

As the harsh Antarctic winter descends, this supernatural force will prey on their deepest desires and deepest fears to pick them off one by one. It is up to Jonathan to overcome his own ghosts before he and the expedition are utterly destroyed.

Ally Wilkes grew up in a succession of isolated—possibly haunted—country houses and boarding schools. After studying law at Oxford, she went on to spend eleven years as a criminal barrister. Ally now lives in Greenwich, London, with an anatomical human skeleton and far too many books about Polar exploration. You can follow Ally on Twitter @UnheimlichManvr.