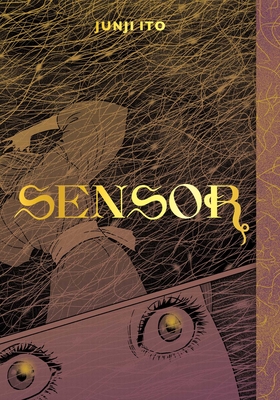 Horror master Junji Ito explores a new frontier with a grand cosmic horror tale in which a mysterious woman has her way with the world!

A woman walks alone at the foot of Mount Sengoku. A man appears, saying he’s been waiting for her, and invites her to a nearby village. Surprisingly, the village is covered in hairlike volcanic glass fibers, and all of it shines a bright gold. At night, when the villagers perform their custom of gazing up at the starry sky, countless unidentified flying objects come raining down on them—the opening act for the terror about to occur!

Junji Ito made his professional manga debut in 1987 and since then has gone on to be recognized as one of the greatest contemporary artists working in the horror genre. His titles include Tomie and Uzumaki, which have been adapted into live-action films; Gyo, which was adapted into an animated film; his short story collections Fragments of Horror, Frankenstein, Lovesickness, Shiver, Smashed and Venus in the Blind Spot; and Remina, all of which are available from VIZ Media.

His collection Frankenstein won the 2019 Eisner Award in the “Best Adaptation from Another Medium” category and his long-form manga No Longer Human has received critical acclaim for his spectacular adaptation of Osamu Dazai’s 1948 novel.