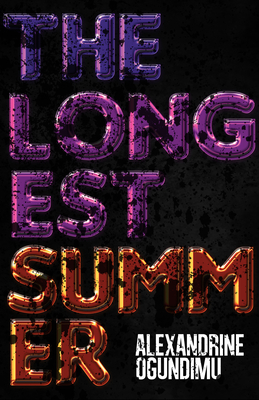 Being queer in a small town? Bad. Your employer believing you stole ten thousand dollars? Worse.

Abboton, IN has kept hard-partying Victor Adewale in the closet for his entire life. So he makes a deal with his stern Nigerian father: Clean up his act, hold down a job, and the dad will pay for him to attend grad school in New York. Easy enough, until $10,000 goes missing from Victor's Hot Topic-esque mall store under his watch, leaving him the prime suspect.

Meanwhile, Victor's secret ex-boyfriend Kyle sets him up with fellow mallrat Amory. A bisexual love triangle forms when it becomes clear Victor and Kyle aren't over each other. But as Victor grows increasingly certain that Kyle is responsible for the theft, their relationship gets way more complicated. Desperate, Victor turns to his dangerous friend Henshaw, who offers shady alternative methods of getting the money he needs. But Henshaw's got secrets of his own that might destroy them all.

Alexandrine Ogundimu is a Nigerian-American transgender writer from Indiana. She lives in the zeitgeist. This is her first novel.