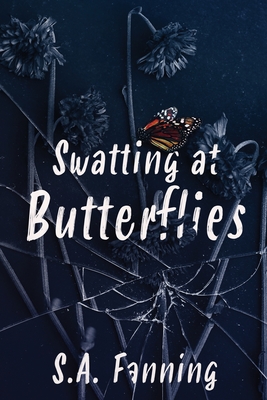 After her mother's death, sixteen-year-old Chloe Vanderbrooke is picking up the pieces and moving in with her Uncle Robbie and his wife, Glenda. She fully expects life to suck, but she's hardly prepared for it to unravel completely.

It begins when Glenda's younger brother, Andrew, arrives. With his laid-back smile and easy-going charm, Andrew seems much younger than twenty-eight. He's fun, flirty, and Chloe is thrilled to talk to someone who offers more to the conversation than the dreaded, "Are you okay?" But when he kisses her, it's all wrong.

After the kiss, Andrew isn't so charming, but sketchy. He lurks around the house, stalks her at school, but it isn't until Chloe finally confronts him that she finds out just what kind of monster he is. Her aunt and uncle are too absorbed with their own crumbling marriage to notice that Chloe's skipping school, avoiding dinner, even contemplating suicide.

Chloe knows she should tell someone Andrew assaulted her. But that person is gone. Not only that, she's ashamed of the kiss, tormented by victimhood, and struggling to keep her counselor, teachers, and even her best friend in the dark. What Chloe really wants is revenge. Fueled by a rage that's been simmering since her mother's death, she discovers that Andrew is not the only one capable of violence.