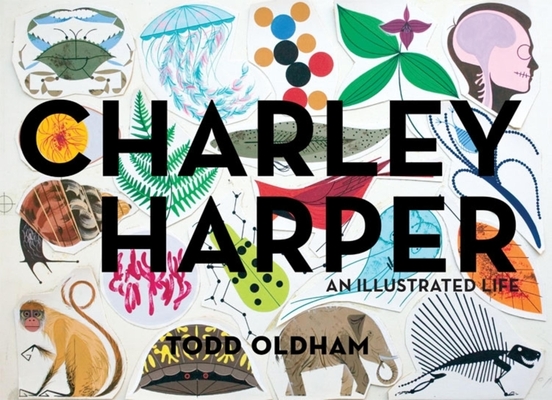 Charley Harper was an American original. For more than six decades he painted colorful and graphic illustrations of nature, animals, insects and people alike, from his home studio in Cincinnati, Ohio, until he passed away in 2007, at the age of 84. Renowned New York-based designer Todd Oldham rediscovered Charley's work in 2001, and collaborated closely with him in the ensuing years; combing through his extensive archive to edit and design this stunning monograph. Thisnew "mini" editionis a popularly priced, beautiful tribute to Charley Harper's singular style, which he referred to as Minimal Realism.

Distinguished as an innovator of accessible design, Todd Oldham is the founder of Todd Oldham Studio, a full-service design firm. Originally a New York fashion designer and host on MTV's "House of Style," Todd's career has evolved to include all areas of design--from interior design, film, and photography to furniture, graphic art, and product design. Todd is also the author of several books, including "Charley Harper: An Illustrated Life," "Wayne White," "Kid Made Modern," "Hand Made Modern," and "Joan Jett."

"This gorgeously reproduced overview of the work of American modernist Charley Harper is a labor of love from Todd Oldham. ... Oldham's tribute to his hero (who died in 2007, at age 84) floats on the wings of these beautiful creatures and Harper's expressive, one-of-a-kind talent." NPR