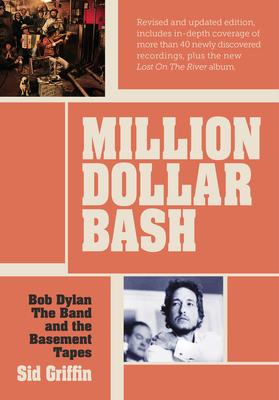 By Sid Griffin
$19.95
This item is out of stock with our warehouse. Some recently published books may be in stock @ Room. Email to check.

It's 1967, the Summer of Love, and Bob Dylan is holed up in Woodstock with a group of musicians once known as The Hawks, laying down a set of recordings that will soon turn the music world on its head. These recordings - the Basement Tapes - would not be released commercially by Dylan at first, but would emerge in the form of cover versions by acts such as The Byrds, Manfred Mann, and Peter Paul & Mary. Together, they would inspire a homespun, back-to-basics approach in the work of The Beatles, the Stones, the Grateful Dead, and many others, while also kick-starting the entire Americana genre. It's 2014, the summer of the ice-bucket challenge, and author and musician Sid Griffin is holed up in the Dylan office in New York City, where he has been invited to listen to hours of never-before-heard Basement Tapes recordings. The result is this fully revised and expanded edition of Million Dollar Bash - published to coincide with the release of dozens of those recordings as part of the Bootleg Series, for which the author contributed liner notes, plus Lost Songs: The Basement Tapes Continued, a major new documentary about the period, and the new T Bone Burnett–produced Lost On The River album - in which Griffin shines even greater light on this pivotal yet often misunderstood moment in popular music history.

Sid Griffin is ringleader of the acoustic folk/bluegrass band The Coal Porters. He is also the 'resident musicologist' on BBC 6 Music's Radcliffe & Maconie show, a freelance writer, and a solo performer whose latest album is The Trick Is To Breathe. He led alt.country pioneers The Long Ryders in the 1980s. His first book was Gram Parsons: A Music Biography (1985), and he co-wrote the 2004 BBC TV documentary Gram Parsons, Fallen Angel. He is the co-author of Bluegrass Guitar: Know The Players, Play The Music (2005) and the author of Shelter From The Storm: Bob Dylan's Rolling Thunder Years (2009). Griffin has written BBC Radio 2 specials and annotated over 50 reissues for labels such as Sony, Rhino, PolyGram, Universal, Mercury, EMI, A&M, and Warner Bros. A native of Kentucky, he is a graduate of the University Of South Carolina. He lives in London, England, with his daughter Esther Mae, his son Noah, his fantastic wife Rhiannon, and his pet turtle Herman Franks.