Jews in America: From New Amsterdam to the Yiddish Stage (Hardcover) 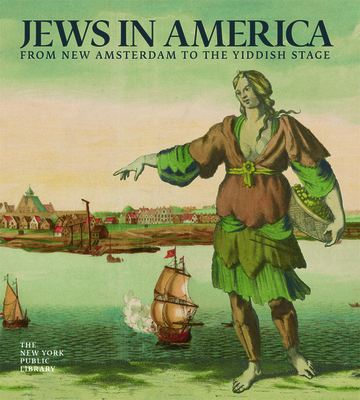 By Stephen D. Corrsin
$45.00
This item is out of stock with our warehouse. Some recently published books may be in stock @ Room. Email to check.

Jews in America documents the remarkable story of the Jewish presence in the New World, from the time of Columbus to the 1920s, when the Jewish community in the United States was four million strong and an essential part of American society and culture. Drawing on a mix of contemporary books, pamphlets, manuscripts, globes, maps and engravings from the world-renowned collections of the New York Public Library, Jews in America is a vivid document of everyday Jewish-American life, worship, law, and commerce. It tells the fascinating story of Jewish immigration, and interaction with the four colonial powers in the Western Hemisphere (Spanish, Portuguese, Dutch, and English), and on the ideas and beliefs that influenced--and were influenced by--the settlement of these first Jews in New York.